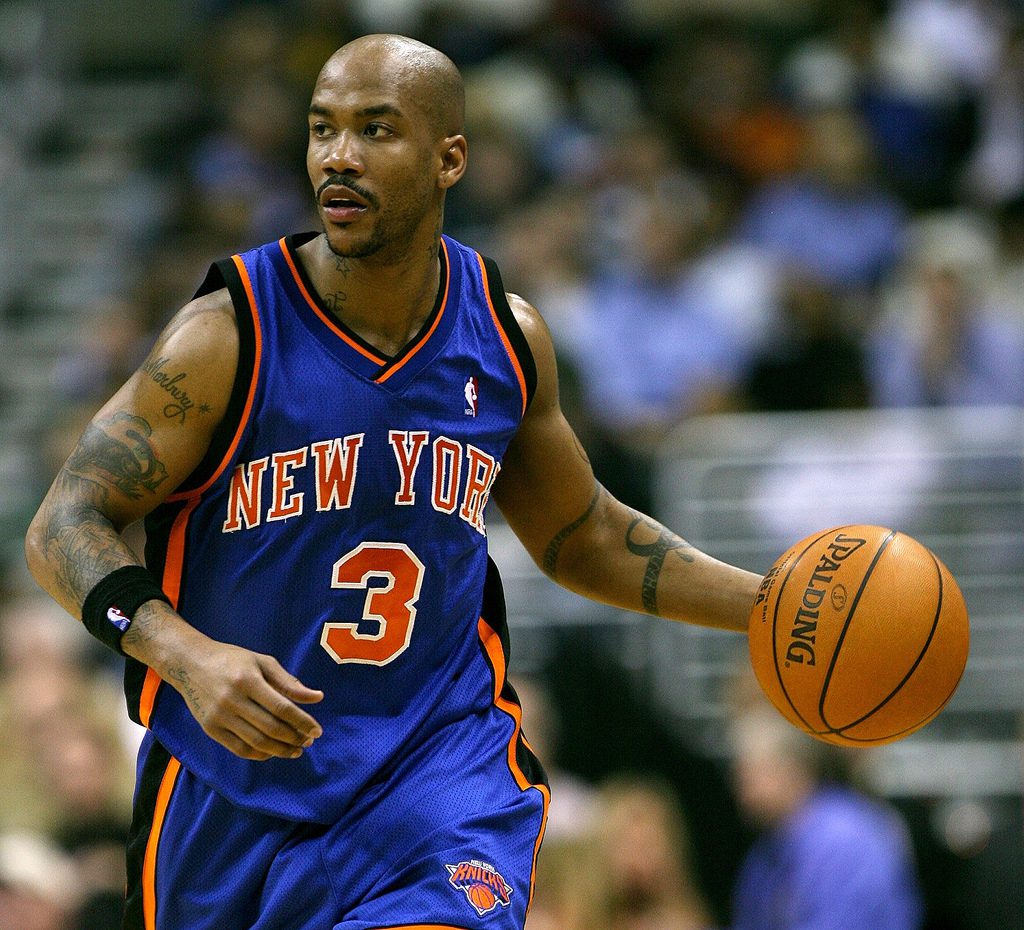 Out of sight is not always out of mind. NBA heads have wondered what happened to Stephon Marbury after his psuedo banishment from the league, and subsequent signing with the Shanxi Zhongyu Brave Dragons of the Chinese Basketball Association in January 2010. The most recent news of his exploits in China might surprise you. Footage has been released of Marbury’s performance in a play called “I Am Marbury” which is showing at the MasterCard Center in Beijing.

The New Republic described the show as “an allegorical tale of two Beijing street musicians who get selected for an “American Idol”–style singing competition. Allegorical, because their ups and downs mirror the oscillations of Marbury’s own career.” Zhou Wenhong, director of “I Am Marbury,” was certain to avoid hyperbolic language when discussing Marbury’s performance during rehearsals, “He sounded like Martin Luther King.” Check out some of the live action yourself.

According to the New Republic, the key theme of “I Am Marbury” is that we are all capable of accomplishing our dreams.

China has embraced Marbury in ways he never experienced in the United States, specifically the NBA. They even erected a statue of Marbury following his performance in the CBA Finals against the 7-time champion Guandong Southern Tigers in which he averaged 45 points per game in the series (I just want to point out Marbury got a statue in China after three exciting seasons and Kareem Abdul Jabbar had to wait more than two decades to get one from the Lakers; an issue for another day).

What a lame pose they chose for Stephon Marbury’s statue in Beijing http://t.co/lGc2fDah (via @danwashburn)

Those who remember Marbury in the NBA know that his career in the States never came close to those heights. Even before the errie Vaseline incident, Marbury was one of the more enigmatic personalities of his era. Many people in the league put their faith in Marbury’s undeniable talent and unquestionably charitable heart. Marbury averaged 19.3 PPG, 3.0 RPG, and 7.6 APG while also making two appearances for the All-Star team (2001, 2003) and All-NBA Third Team (2000, 2003) over 13 seasons.

He was also a philanthropist in many ways that were often overlooked. He donated $250,000 to victims of September 11 in 2001, between $500,000 to $1,000,000 to help Hurricane Katrina victims in 2005, and $1,000,000 each to the NYPD, FDNY, EMT, and New York City Teacher’s Fund in 2007. Marbury also worked in tandem with Steve & Barry’s to promote a line of athletic shoes and clothing with his name called “Starbury.” Shoes under the Starbury brand were given a MSRP of $14.98 so that parents could afford to give their kids shoes worn by a star player. The Starbury brand never became a major competitor in the market, but it was a nice idea that should be mimicked by smart people in the future. Marbury also had a troubling side that followed him at every stop of his NBA career.

His career started with the Minnesota Timberwolves alongside Kevin Garnett, but ended in less than three seasons after his agent demanded a trade. He was traded to the New Jersey Nets and Phoenix Suns before ultimately being traded a third time to the New York Knicks, his hometown and destination of choice since joining the league. On court production never went down for Marbury but off-court issues continued to flair up. The firings of Larry Brown and Isiah Thomas from the Knicks have Marbury’s fingerprints all over them. When Mike D’Antoni was hired as the head coach in 2008, the Knicks opted to deactivate Marbury from the roster to avoid another issue with a third coach. His last stop was with the Boston Celtics, a completely forgettable ride.

It is both fair and unfair to call Marbury a headcase. He has a big heart for the little man but often showed little regard for his contemporaries, bosses, or public officials. Poor business acumen and a lack of patience led to unwise investments and failed professional relationships. Maybe that doesn’t matter now. He seems happy in China and remains outspoken on domestic sports controversies like the Adrian Peterson, corporal punishment story.

@StarburyMarbury is a look into a man who is still frustrated with how he was portrayed by the U.S. media – lots of tweets about being placed in a box, sheeple, and motivational quotes of the day, but, 5 years later, even he is able to poke fun at himself for eating Vaseline on a live stream.

An honest show about Marbury’s life would be fascinating. He is a complicated man from Brooklyn who had the potential to be a NBA legend. Instead, he became a basketball legend in China after being ostracized from the league. Now that’s good theater.