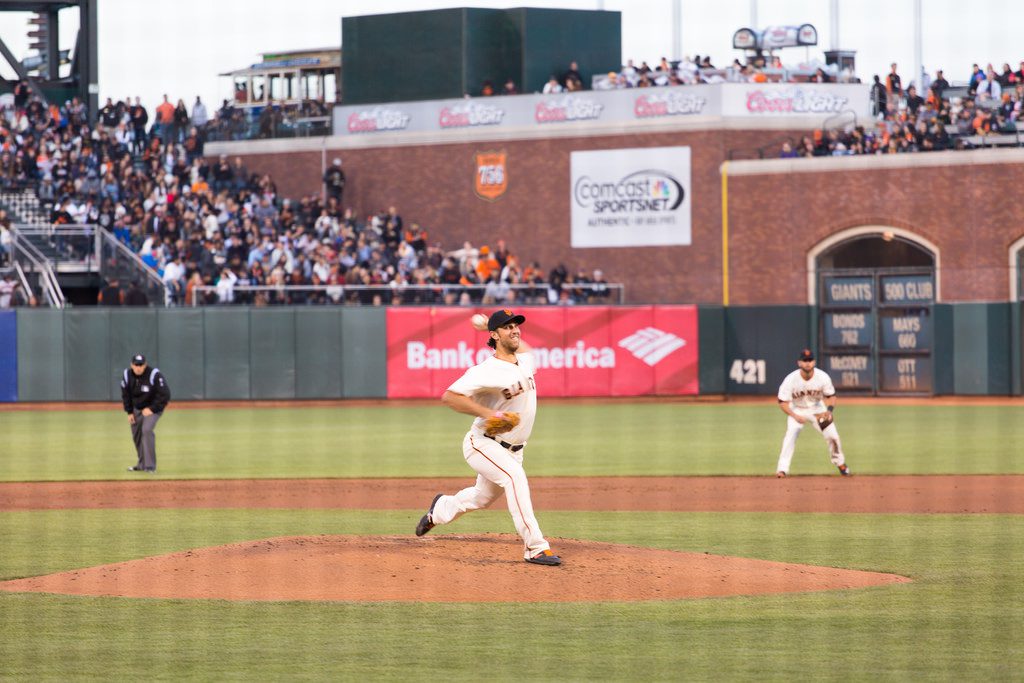 There are a plethora of four letter words that begin with F in the English language: Fate, Fail, Fact, Fall. However, there was only one specific four letter F word San Francisco Giants fans were screaming at the top of seventh inning during the National League Division Series critical Game 3. And my editors would prefer I don’t write it.

Madison Bumgarner, the same irreplaceable starting pitcher for the Giants who locked down the Wildcard Game for his team against the Pittsburgh Pirates last week, appeared stolid on the bump after Washington Nationals’ shortstop Ian Desmond decided to annoyingly open up the seventh inning with a single. Up until that point, he had matched Nationals’ pitcher (and dude who won’t need to change his name if he ever decided to go into the Adult Entertainment industry) Doug Fister pitch for pitch, both performing with a sense of alacrity. After walking Bryce Harper on five pitches, Bumgarner looked to have the first out of the inning cornered with catcher Wilson Ramos, who had fallen behind the count 1-2.

Bumgarner rushed for the ball, which had rolled to his right. The pitcher didn’t pause to think, but catcher Buster Posey saw what Madison was preparing to do and urged him to make the move: throw to third for the chance at a double play. The throw was not only late, but it flew past third baseman Pablo Sandoval and into the Giants’ bullpen. Desmond scored, and because left fielder Travis Ishikawa was doing his best impression of a snail while trying to get to the ball, Harper scored all the way from first base. The Nats were up 2-0 when Asdrubal Cabrera singled to left field and Ramos scored, tapping on that extra point.

Going into the game, the Giants were favored to win and sweep Washington in order to stroll right into the NLCS. They were playing at home in AT&T Park, a baseball park that’s nestled ideally between the towering buildings of San Francisco and the celestial blue of the bay. The park was humming with those orange and black die-hard fans who bestowed the baseball world with rally cries of “Yes, Yes, Yes!” and would loudly sing the omnipresent lyrics to Journey’s “Don’t Stop Believing”. Those very fans knew they had to get inside the Nationals’ heads, even though their heads were already clouded with the notation of being beaten down by a team that no one fully understands, a team that no one can accurately figure out. A team composed of chess master manager Bruce Bochy, postseason darlings Posey and Sandoval, the powerful bats of duel Brandons (first baseman Brandon Belt and shortstop Brandon Crawford). Oh, and they would be facing a pitcher who did this:

Not once this season, but twice.

The Nationals had a lot on their plate going into this game. With everything to lose and your back against the corner, you pull out all the punches. Washington did just that and came out the better team with the better pitcher in Fister, who worked the first seven shutout innings on four hits. They had the better bats, with Harper’s insurance homer off of reliever Jean Machi that nearly splashed into McCovey Cove. They had the better bullpen with Tyler Clippard and Drew Storen closing out the eighth and the ninth.

Despite efforts in the bottom of the ninth to make another postseason comeback (and an RBI by Brandon Crawford who popped up a fly ball in order to score Sandoval), the Giants would fall to the team they wished to sweep 4-1.

The Giants look for revenge on Tuesday evening with Ryan Vogelsong on the mound.