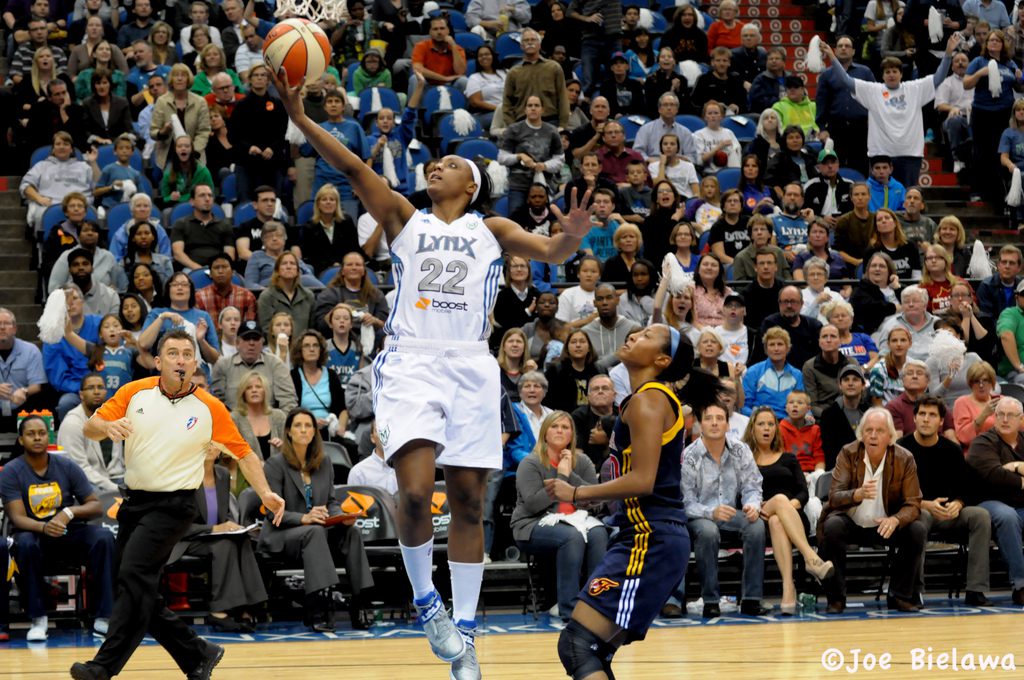 The WNBA is probably not a subject most BMF readers pay attention to, which is understandable because there are many preconceived notions surrounding the league. I am curious as to why there is not that much support for the league. In fact it seems as though more people pay attention to women’s college basketball than they do the WNBA.

I have been following the WNBA since its early days in the late 1990s, back when the Houston Comets—led by Cynthia Cooper, Sheryl Swoopes, and Tina Thompson—were dominating the league. If those names do not sound familiar a quick internet search about their backgrounds can shed insight into their impact on women’s basketball. Unfortunately I cannot say the league has grown to the level many had hoped for since the WNBA’s inaugural season in 1997.

Oddly enough many of the basketball purists who disregard the WNBA are probably the fans who would enjoy the WNBA the most. First of all the women’s game contains a lot the fundamental elements of basketball that may be less visible in the era of three-point shooting, dunks, and flashy ball handling that can be seen in today’s NBA. The female players rely less on athleticism and strength and more on basic basketball principles and intelligence to win games.

Team play is an integral part of the women’s game. That is not to say that team play is not a part of the men’s game but in the WNBA most players seem to be comfortable with their roles. There is also a level of team unity that seems to surround teams that is more similar to the NCAA system rather than the NBA one.

The NBA often receives criticism because people say that the players do not play hard enough, particularly until the fourth quarter. The players in the WNBA are the opposite, the women seem to leave it out there on the floor each game and the same goes for the superstar players; egos are checked at the door in this league.

Candace Parker is the closest person to a women’s version of LeBron James. Candace is more of a power forward with legitimate guard skills as opposed to LeBron who is more of a wing who can play in the post. As far as the physical dominance and all around skill set they are similar. Parker plays both ends extremely well; defensively she blocks shots and can anchor a defense. Offensively she handles the ball like a guard and can shoot the three. Candace Parker is one of the defining players of her generation and she has been known to dunk the ball if you sleep on her.

Diana Taurasi is probably most comparable to a Stephen Curry type of player. Diana is an excellent ball handler who finishes well with either hand and she can shoot the ball from anywhere, making her almost impossible to guard when she is on her game. The bottom line with Diana Taurasi is she is winner; she has three NCAA championships, three WNBA championships, three gold medals, and has won multiple championships while playing overseas. Few if any female players can match the career of the University of Connecticut alum.

Cappie Pondexter must be mentioned be in this article simply because she is one of my favorite basketball players of all time. She is a fun player to watch and it does not hurt that she played for Rutgers University, my home state school. She has skills similar to that of Kyrie Irving or Jamal Crawford; she can play the point or 2-guard and abuse defenders with her dynamic ball handling ability. Look for the two-time WNBA champion and her running mate Tina Charles to make some noise for the New York Liberty next year.

Maya Moore is one of the most gifted all-around athletes in the world today. It is difficult to find fault with Maya. She is articulate, smart, and a respectful teammate. On the court she is a fierce competitor who scores in a myriad of ways; she has the mid-range game, she shoots the ball at a high percentage from three-point range, and she attacks the basket well. Maya Moore was the WNBA league MVP last season; she led the league in scoring, and averaged eight rebounds a game as a 6’0’’ wing player. Maya’s rebounding is a testament to her tremendous athleticism which she also uses to showcase her dunking ability. Did I mention she was 6’0’’ tall? Maya Moore is talented enough that I will not give her an NBA comparison.

If you have never seen the WNBA look up some of these players and check out their highlights, you may become a fan. The WNBA seems to be in good hands with its young stars like Brittney Griner, Elena Delle Donne, and Skylar Diggins, so let’s see how the women’s game evolves.