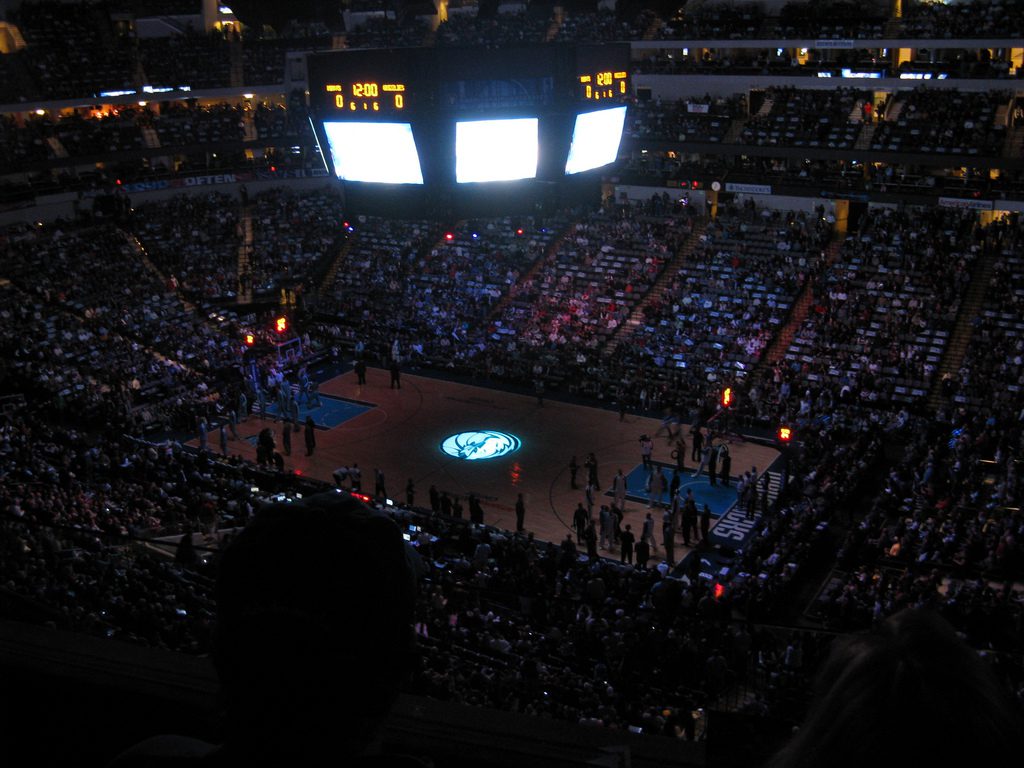 Image courtesy of The Terrific TC/Flickr.

Within the first half of a preseason game, fans are presented with all they really need to see – what they came to watch. They came to get a little nibble of what’s to come in the regular season and what they tasted was especially sweet, oddly enough. And I say “oddly enough” because the Dallas Mavericks starting lineup was missing two very familiar faces: Dirk Nowitzki and Monta Ellis. Now, if this was a regular season game against the looming Western Conference rivals Oklahoma City Thunder, there might be cause to panic. But head coach Rick Carlisle is playing it coolly, and rearranging this staring five and bench in order to test out chemistry. Ellis’ injury (sprained left knee) along with Dirk’s hip, don’t seem too dire, so the energy at American Airlines Center on the rainy Friday night was unruffled.

Dallas started off strong with Parsons putting up the first points of the game by sinking a three. The five meshed well together on the court during the first few minutes, with Aminu getting involved early, Ledo with a three, and a Chandler-to-Chandler pick and roll which put the Mavs ahead 12-9. When Nelson nabbed his second foul, Devin Harris checked in without missing a beat. In the first eight minutes of the quarter, Ledo had six points, one rebound, and one assist. However, stricken gasps locked the Center after Raymond Felton went down on the court after rolling his ankle while landing on Anthony Morrow’s foot and had to be helped off the court with 2:28 left on the clock.

Charlie Villanueva, who was looking to make the regular season roster, was the story of the second quarter. He immediately comes off the bench with a three, as the Mavs led the Thunder 37-31 with nine minutes left to go in the half. Nelson proved to be extremely sharp and worked smoothly with Harris in order to put Dallas up 43-38. Near the close of the half, Westbrook became his pesky self and put up a three as the Thunder edged ahead and took the lead. The Thunder headed into the locker room leading 54-51.

During the third quarter, the Mavericks would have already put up 15 fast break points, which was an improvement of last years’ 12.2. Nelson helped get the Mavericks back within one after nailing a triple, now only trailing 65-66. By the end of the third, Dallas had a one point lead (84-83) thanks to Jae Crowder, who tacked on 12 points from off the bench, and Jefferson who had 14 points.

And in comes Gal Mekel, the Summer League’s pretty boy, who has been fighting to prove his worth to the team. Mekel, often strained in his technique, has been attempting to claw up the point guard depth chart with little results. As Mekel struggled to get noticed, all eyes turned to Doron Lamb, who was consistent with his outside shooting and managed to bring the Mavs within one with 2:37 left in the game. Despite fighting hard down the stretch, Dallas would fall to the Thunder 109-118.

Despite the loss, Mavericks fans left the Center feeling satisfied at what they just witnessed: No Dirk? No Monta? No freaking problem. Then again, it’s only preseason, so fans have no reason to become unhinged.

At least not just yet.