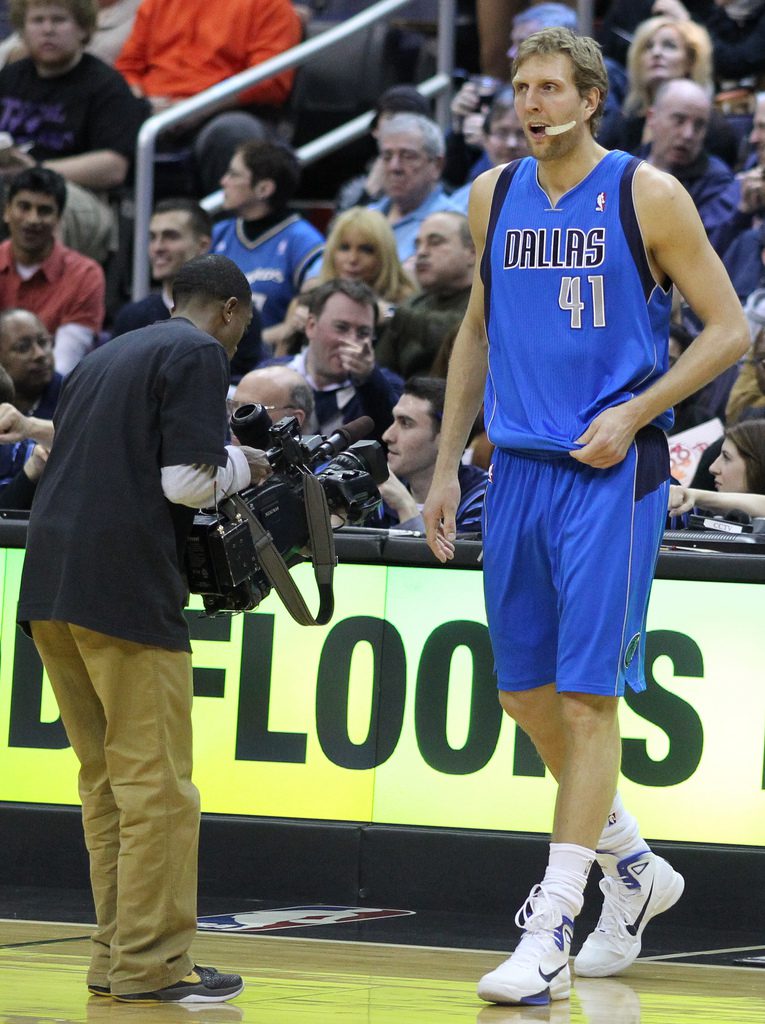 As NBA fans anxiously wait for the start of the 2014-15 regular season with wide-eyed wonder and desperation, there appears to be one question that festers on everyone’s minds:

Offseason evidence, for both their basketball and football franchises, points to no – why no he doesn’t. Their prodigal son, LeBron James, returned to the Cleveland Cavaliers in a surprising and classy ass way, years after he pulled a very public “50 Ways to Leave Your Lover” on the city of Cleveland. They acquired the face of the Minnesota Timberwolves, Kevin Love, and managed make Cleveland look like the most fatal team in the otherwise kitten-soft Eastern Conference (I sometimes have to ignore the urge to pet them because they’re so damn fluffy). Even their 3-2 Cleveland Browns have moved from Level Atrocious to Level Meh, which in their case is like going from Amanda Bynes to Lindsey Lohan. But hey, it’s Cleveland. They’ll take what they can get because it’s all the same to them in the dark.

Friday’s preseason game against the Cavaliers was the night Dallas unveiled their starting five: Dirk Nowitzki, Monta Ellis, Jameer Nelson, Tyson Chandler, and Chandler Parsons. All knew going into this game that Cleveland is a powerhouse, and should not be underestimated. But head coach Rick Carlisle was more than ready for them now that Ellis and Nowitzki were back in the lineup at the same time.

The first quarter was poetry in motion on the court, with Nelson stealing the show. Both he and Dirk (who worked on a more speeder release over the offseason – a favorable move by the looks of it) scored five points each for an early 10-5 first quarter lead. Unselfishness on offense knocked the first unit up and they finagled 25 points in less than seven minutes. Nelson, as smooth as ever, already had 11 points on 4-of-4 shooting and 2-of-2 from the three, and three assists with only 2:50 left in the first, his Mavs up 32-22. Thanks to their 12-of-21 shooting (57.1%), Dallas was able to launch into the second quarter leading 37-26. Yes, 37.

In the morning dew minutes of the second, the Mavs appeared to plateau a slight inch and couldn’t put up more than six points after Al-Farouq Aminu got a defensive stop before going coast-to-coast as Cleveland started to catch up. With the help of Tristan Thompson and Kyrie Irving, who brought the Cavs within one point, were now only down 48-49 with 4:15 left in the first half. Dirk and Devin Harris (who were sitting) returned, but they weren’t able to successfully pacify Irving, who put Cleveland up by a point on a drive to the hoop. However, Dallas would lead 56-55 at the close of the half.

The third opened up with a hail storm of threes early on for both furiously playing teams, and now were 69-64, with Dallas still on top thanks to Dirk, Nelson, and Parsons. With 5:52 on the clock, Parsons pushed their lead to 74-64 with an impressive one handed bank-in on a drive. Parsons also managed to hold Cleveland’s King James to four points on 1-of-4. By the time the quarter was put to bed, both Nelson and Parsons had 19 points and rocketed their team into the fourth ahead 88-78.

Carlisle always experiments with his bench during the preseason in the fourth quarter, often testing his team’s chemistry, and this game was no different. Harris taught the Cavs that his seemingly bulletproof shot is a pull-up three, which he demonstrated with 6:54 left in the now 95-85 game. A Xanax and Smirnoff martini was needed for Mavs fans after Ellis, who was sidelined last week after spraining left knee last during practice, limped off the court. Though this didn’t appear to worry the press or commentators, who believed that he was just tired. Gal Mekel, a man determined to get off the bubble and make the 15-man roster, came in and started making important clutch threes, putting the Mavericks ahead at the 24 second mark, 107-102. The Mavs would end up handing Cleveland their first preseason loss, winning 108-102 with both Nelson and Parsons tacking on 19 points each, followed by Dirk’s 16, and Ellis’ 13 points.

Even without the likes of Love and former Dallas Maverick Shawn Marion, Cleveland was relentless and kept on the Mavs’ heels the entire game, often pushing them to the brink. But it’s clear they weren’t prepared for this new Dallas offense and especially the brilliance of Carlisle. So maybe God doesn’t hate Cleveland as much anymore and has moved one step closer to not treating the city as if it was the reincarnation of the first person who high-fived Judas after the crucifixion?

To quote the video above, just look at it this way, Cleveland: At least you’re not Detroit.

The Mavericks take on the Indiana Pacers on Saturday night at Bankers Life Fieldhouse.