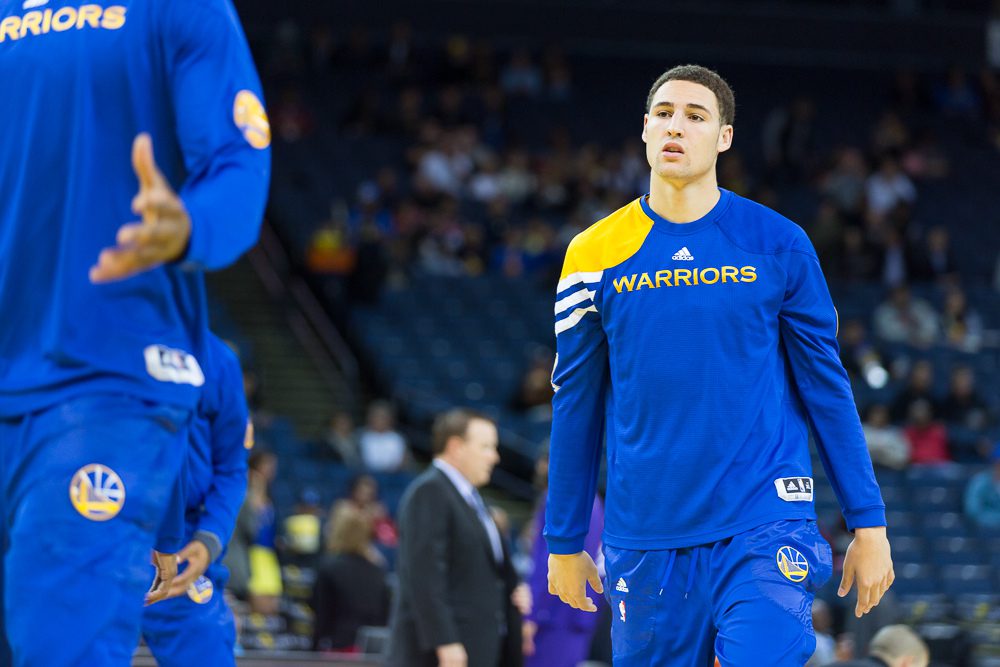 With a win over the Brooklyn Nets on Thursday night, the Golden State Warriors (6-2) avenged their two-game losing streak. Tied for the third best record in the league, the Warriors were the last undefeated team standing after winning five straight to open the season. Looking ahead at their schedule, they have a golden opportunity begin another winning streak and separate themselves from a majority of the pack.

Eight of the Dubs next nine games are against sub .500 opponents, although six of those games are on the road. However, the Warriors know how to take to the road and win. They posted the third-best road record in the league last season at 24-17. They are already 3-1 on the road this season, only losing to the Suns on the back end of a back-to-back. Beginning tonight as they host the Charlotte Hornets, the Warriors will need to take advantage of their weak schedule.

A major part of their early season success has stemmed from the inserting of Draymond Green into the starting lineup. Green is averaging 14 points, 7.3 rebounds and 3.1 assists on 46 percent shooting from the floor and 42 percent from beyond the arc. More importantly, he has brought an extra level of energy and physicality to the team. Green, alongside Andrew Bogut, has anchored a defense that is holding their opponents to just 42 percent shooting and forcing 18 turnovers per game. Add that to their league leading 49 percent shooting and it’s a great recipe for success.

However, the main flaw in the Steve Kerr offense thus far has been the league leading 20.4 turnovers per game. That’s not a good look. The Warriors are fortunate to have gotten away with the sloppy ball protection due to their hot shooting, but they must cut them down if they want to contend for a title. For instance, 19 turnovers against the defending champion San Antonio Spurs resulted in their first loss of the season. Great teams will force enough turnovers on their own, there is no need to help them out on top of that with lazy passes and sloppy ball handling. Top tier teams turn those turnovers into easy bucket after easy bucket. Not even their 54 percent shooting could bail them out in the end.

Golden State did bounce back quickly in their next game, only committing 10 turnovers in their win over the Nets. It’s clear that coach Kerr stressed efficiency during their off day. Because of this, they didn’t have to play from behind and were able to jump out to a halftime lead and defensively smother their way to a victory in the second half, holding Brooklyn to just 44 points and under 100 total for the game.

That’s the kind of ball that the Warriors need to continue to play. Crisp ball movement will lead to good, open shots for the best shooting team in the league. There is no need to force offensively, but instead to enforce defensively. They will need to do just that against Big Al Jefferson and the Hornets on Saturday night. Stephen Curry loves playing against his home town team because he can put on a show for Hornets color commentator Dell Curry. Steph knows him better as “dad”. Curry averaged 30 points in the two contests against the then-Bobcats now-Hornets a season ago. He is currently fourth in the league in scoring at 24.9 points per game and seventh in PER at 25.18.