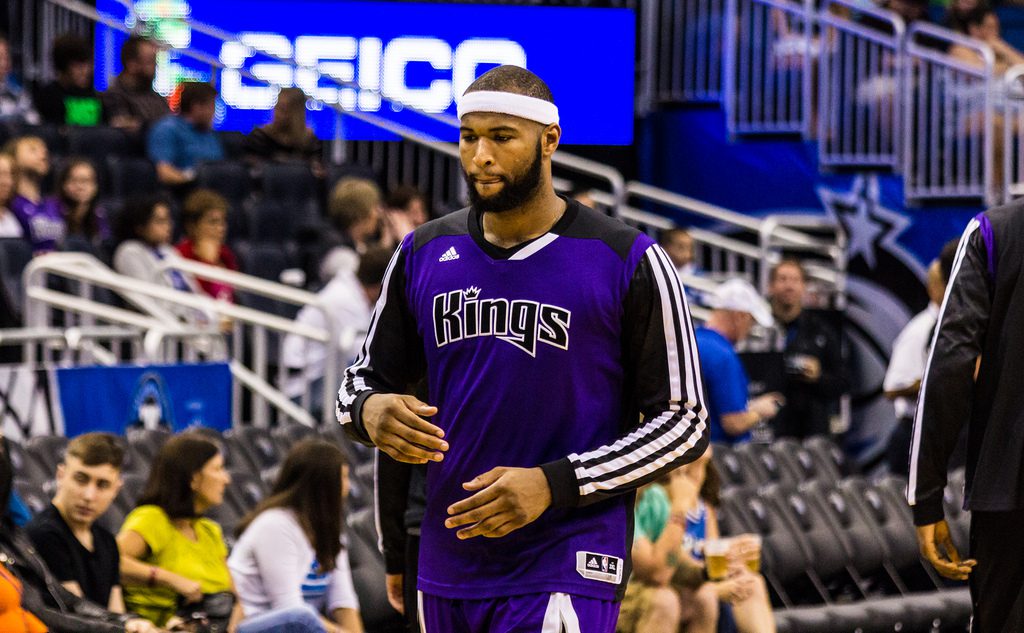 After the two previous losses in which the Sacramento Kings gave up leads of over 20 points, the team which has surprised the league with above average play came back home to face the San Antonio Spurs.

Just like the last two games, this one came down to the wire. This time, however, the Kings were able to keep it together for long enough to come up with a win.

For a majority of the game, Sacramento was left without DeMarcus Cousins‘ presence in the paint as he received two personal fouls and one technical within the early portion of the game. Mike Malone saw it fit to let the Kings fend for themselves without their big man, and it was the right call. They found offense elsewhere as both Omri Casspi and Carl Landry delivered crucial performances off the bench.

Casspi utilized his usual spark-plug personality, and his nine pouts and five rebounds helped keep the Kings in the game, even after Cousins came back for the second half. Casspi clearly prides himself on being ready at any given moment that his number could be called, and his aggressive play style aided in the victory.

Landry, too, provided similar output. Six total rebounds and eight points allowed the Kings to make a 10-0 run as the first half was expiring. He and Casspi managed to stop Tim Duncan and Kawhi Leonard during the stretch, giving Sacramento a 45-38 going into the locker room.

The game remained highly contested, especially during a stretch that the Kings lost Cousins again to a cut above his left eye. Again, Malone’s bench provided at momentous spots and held the Spurs to limited offense and contested shots.

This, however, would not be an easy win for the Kings. As had been their last two games on the road, it was within one within the final two minutes.

It came down to the final minute. The Kings had the ball with a one point advantage and a little over 60 seconds on the clock. Multiple mishandles on the ball led to three out of bounds plays which all went off the Spurs, draining more than 30 seconds from the shot clock. Darren Collison held the ball on the following play, driving down the lane and putting in a layup with just over 28 seconds left in the game.

San Antonio then went to Tim Duncan in the post as they have done so often and so effectively in the past, but DeMarcus Cousins managed to make a defensive stand at the rim and haul down the rebound. He was fouled immediately.

“I don’t know if we can call [DeMarcus] our defensive stopper yet, but he understands fully that defense wins in the NBA… He’s playing well,” said Coach Malone on the stop.

As Cousins walked to the free-throw line with seconds left, everyone in Sleep Train Arena understood how special his performance had been. He had only four points at the half, and finished with 25 for the game.

He stepped up to the line, sunk both foul shots, and let the MVP chants rain down.

Manu Ginobili managed to get down the court and draw an and-one, cutting the Kings’ lead to just two. Collison received the ball on the inbound pass and was quickly fouled. Collison made one of his two foul shots, leading to a final attempt from the Spurs down three points with six seconds on the clock.

Coach Gregg Popovich drew up a three-point attempt for Ginobili who ran off a baseline screen, caught the ball, and put up an air-ball that solidified a Sacramento win.

“If we defend like that, like we did earlier in the year, then I really feel like we can beat anyone in the NBA,” said Malone.

The Kings seem to have come back from the adverse road-trip, and finally closed out a close, highly contested game.