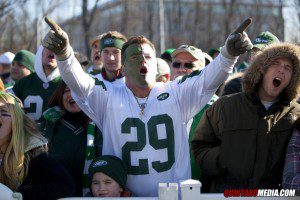 The other day Derrick Rose of the Chicago Bulls was asked if he understood why people were questioning his commitment to the club. His un-apologetic response was “No, and I could care less!” I’d point out what a breath of fresh air this is, but actually there are more and more players telling the media and fans to R-E-L-A-X (Aaron Rodgers of the Green Bay Packers), in so many letters, and I can’t understand why this hasn’t been happening sooner.

I believe the first instances of this in North America was Manny Ramirez as a part of the Boston Red Sox when he said loosing the ALCS wouldn’t be the “end of the world”. The Sox were playing the Cleveland Indians and were down three games to one. Now the Sox did come through and win that series, but at the time there was an uproar in the sporting world. “How could a player be so flip about his job?” This was the commentary most of the time. It wasn’t so much that the tone was disrespectful to the sport so much as it was that he didn’t seem to care about the outcome.

Fans invest lifetimes in their team or sport. As someone who sports a man-cave and a collection of over 50 jerseys ranging the world of sport I can identify with the fan-addicts out there. To see someone as a member of a sport organization insinuate that it is “just a game” is even more maddening than the mediocre performance that likely has them saying such things in the first place. People bleed the colours of their home town teams, to have the players they care so much about seem to care so little can come across as insulting to some fans.

I learned the error of my ways a long time ago. I can control the fate of my favorite franchises as much as I can control the weather or how much my wife spends on shoes each month. That doesn’t stop me from religiously wearing the jersey’s of my favorite teams in the hopes that the mojo of my singular support somehow tilts the balance in the universe just enough to have them win. There is something therapeutic, even in a loss, about the routine and the false thought that my actions in no way contributed to the loss. But I digress; back to the athletes who act nonchalant about the sports we care so much about.

I have always believe that players should be judged on how they play, and how they help their team play. Some individuals are great leaders or motivators, be it by example, or by proxy. I want players that are injured to be around the team, learning, leading, and helping. You’re still getting paid, so earn that paycheck. Obviously if you can’t move than stay at home, but you should still be watching and learning. So long as you’re committed to improving the team than everything should be ok. You don’t have to care about the media, or the fans, or the game, but the team should be near the top of your priority list. I say “near the top” because you’re allowed to have higher priorities. The birth of a child, a death in the family, some other big time family thing; go on and take the time off. As human beings we should understand. We will support your requests just as you support the team

with your own actions. As far as what you’re thinking in terms of the severity of how important the fans, the league or this game is; well I could care less!