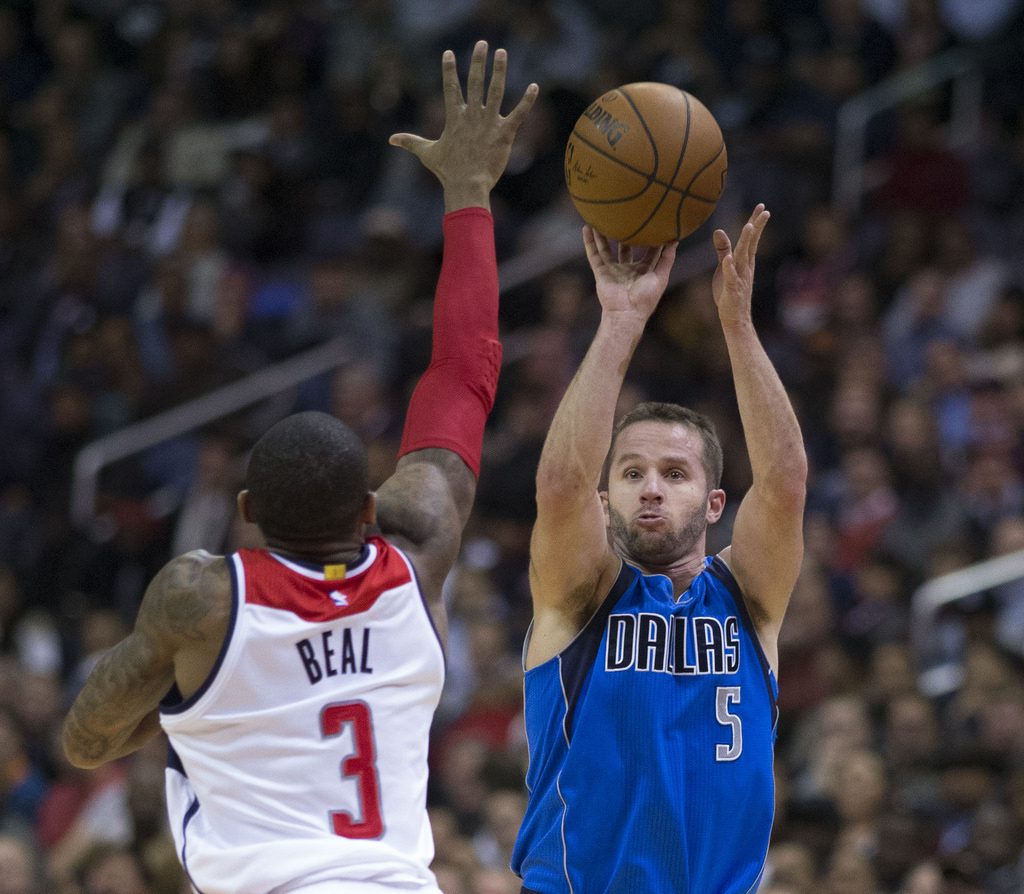 Monta Ellis came out scorching for the Dallas Mavericks, scoring 18 of the teams’ 23 points in the first quarter, against John Wall and the Washington Wizards.

The Wizards came into this game riding on a celestial high of sorts: they had just had three days rest and looked to add upon their three-game winning streak by tossing a bucket of ice water on the sizzling Dallas offense lead by Ellis, Tyson Chandler, Dirk Nowitzki, Chandler Parsons, Jameer Nelson and their seemingly bulletproof bench. Dallas was out to crush everything in their path while Washington, who held the second best record in the Eastern Conference (7-2), looked to bring the Mavs back down to earth. The Wizards opened up the game by going on a 8-2 run while the Mavericks appeared flaccid with a 1-of-6 start. With four turnovers in the first six minutes, the Mavs trailed 14-6 as the beginning of the game held a faint echo of their lost battle against the Miami Heat earlier in the season until… well, hello there, Mr. Ellis!

Feverish in his readiness, Monta thrust out and put up 14 points on 5-of-5 shooting with 2:49 remaining in the first, tying the game at 16-16. Even though Washington was able to pull ahead by the close of the quarter, Ellis knocked down an incredible buzzard beater which brought his team within six going into the second. Inside the first half, the Wizards’ bench outscored the usually boisterous Mavs’ bench, until Al-Farouq Aminu opened up the quarter with a slick three, followed closely by an impressive Jae Crowder three. Despite those two auspicious moves, Washington’s bench had outscored Dallas’ 18-7. Regardless, the Mavericks swindled their first lead of the night with 38.6 left on the clock and headed into the locker room leading 54-53.

As most know, Dallas fans haven’t been typically used to witnessing relatively close games during this dizzying 2014-15 NBA season. They were used to shutting down struggling teams with large gaps, annihilating the opponent in the paint by averaging 46.6 points. On Wednesday evening, when starting the third quarter, the team had only a infinitesimal eight points in the paint. They knew they needed a jolt and had to find a way to help out the impassioned Ellis. The tug-of-war game continued into the lagging minutes of the third as leads were stolen and benches went toe-to-toe, the edge diverting toward Dallas as they led 76-73 going into the final 12 minutes.

There was a plethora of unusual surprises (J.J. Barea’s impressive ambition), some scares (is Dirk limping into the locker room?), and performances so full of tact and polish, that make you just stare in wonder (I’m looking at you, Brandan Wright, with your cute baby hook). Despite a fan heart-attack-worthy incident involving Nowitzki and weak ankle moment that sent him back into the locker room with 7:56 left on the board and his team down 85-84, Wright managed to tie the game and held his team up without the Big German. It was Barea and his back-to-back jumpers and drew a charge on Bradley Beal with 2:15 left that shifted the tone and the mood of the Verizon Center. That’s when the perdurable Nowitzki emerged from the visitors’ locker room like a phoenix rising from the ashes… or, you know, some other comparison that’s less cliché. Upon returning to the game, Dirk drilled a powerful three-pointer and pushed his team’s lead to 102-97 with 1:20 left. Wizards managed to catch up slightly, but Barea drew the foul with 20.9 seconds remaining on the clock, as Ellis sunk two free throws (putting up to 34 points for the game) and widened the Mavs’ lead to 104-99.

The Washington Wizards, unable to pull themselves out of this particular quandary, would end up falling to the visitors 105-102.

Mavericks go on to face Kobe Bryant… er… I mean the struggling Los Angeles Lakers on Friday night at the American Airlines Center.