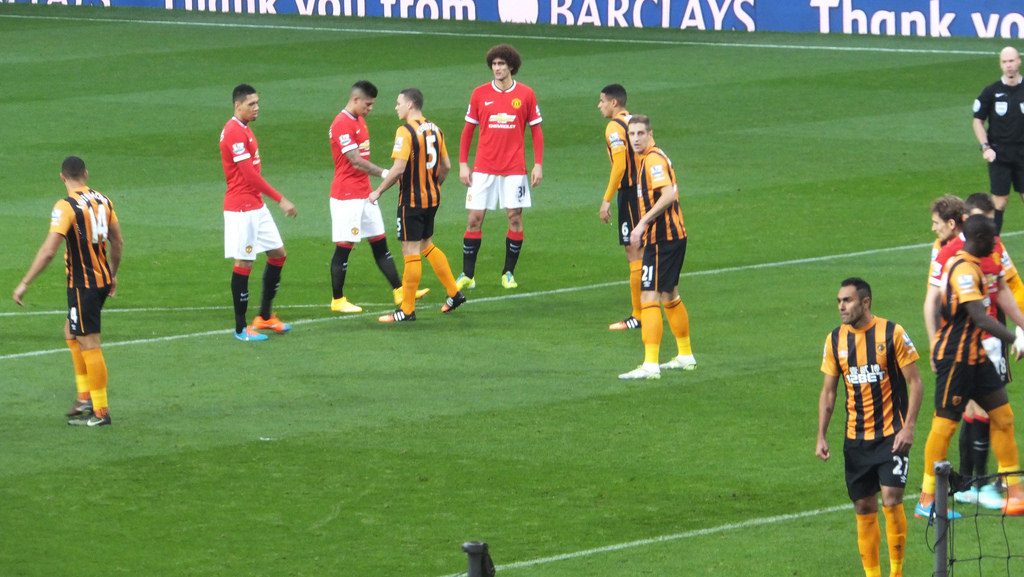 There were several significant results in Gameweek 13 of the Barclay’s Premier League. A goal-less draw that surprised many, a five-goal thriller, and more are in this week’s edition of the Premier League Capsule:

Arsenal move within two points of the top-four after their win away to West Brom. Danny Welbeck scored the only goal on the hour-mark after a fine pass from teammate, Santi Cazorla. West Brom will be frustrated with themselves after they only hit the target once, ending the night one of seven.

Danny Welbeck (Arsenal): stepped up and scored his third Premier League goal for Arsenal with a clinical strike. He will be looking to add more goals to his tally in the coming weeks.

Ben Foster (West Brom): made four saves to keep his team in the game, looked full of confidence after last week’s performance against Chelsea.

Joe Cole repaid manager Paul Lambert’s faith in him with a goal after his first start of the season. Joe Cole’s last goal came in December 2013. Burnley, who kept pressing after they had conceded, were rewarded when Aston Villa’s Jores Okore brought down striker Jutkiewicz, late in the game. Danny Ings scored from the spot, sending Brad Guzan the wrong way. The goal was Ings’ third in two games, and helped rescue a point for The Clarets.

Joe Cole (Aston Villa): the former West Ham and Liverpool man will be hoping to keep his place in the starting 11. After his goal, he looks to have provided a fresh option for his manager.

Danny Ings (Burnley): looked confident as he stepped up and buried his penalty, and he may become an important player for his team this season.

Liverpool scored late to beat Stoke City, and it was defender Glen Johnson who sent the Kop End roaring in celebration after exploding into the box to score. Liverpool desperately needed the win after losing their last three. Meanwhile, Stoke City will be upset that they didn’t walk away with at least a point, with Liverpool now climbing over them into 11th place.

Glen Johnson (Liverpool): a defender’s dream is to score a goal and a keep a clean sheet, and while he is often criticized for his shaky defending, Glen Johnson stepped forward for his team, scored a goal and deserved his clean sheet.

Bojan Krkić (Stoke City): the striker was unlucky after his shot hit the post, but he looks to have settled at his new club.

Manchester United made it three consecutive Premier League wins after beating Hull City at Old Trafford. The vibe around the stadium went down when winger Angel Di Maria was subbed through injury, but soon after lifted when Chris Smalling scored the opening goal. Goal-line technology was again successful in determining a goal. In-form Wayne Rooney added a second before half-time, and the game already looked won by United with an entire half still left to play. Hull City provided very little going forward, while united enjoyed most of the possession. Robin van Persie added a third after the hour, effectively sealing the victory for United.

Chris Smalling (Man Utd): under pressure recently with all the injuries at United, but despite the inexperience available for selection in defence, he has performed well in the past weeks, keeping a clean sheet and scoring a goal to help his team to victory.

A dominant performance from QPR saw them leave the bottom of the Premier League but they haven’t escaped the relegation zone. There was a total of 51 shots from both teams in the match, QPR with 32 of them. Esteban Cambiasso opened the scoring in the fourth minute before Wes Morgan put the ball past his own goalkeeper to bring the QPR back into the game. Leroy Fer eventually gave QPR the lead on the stroke of half-time, but Jefferey Schlupp equalized soon after the restart. Charlie Austin didn’t let Leicester enjoy their goal for too long when he scored the winner with a little over 15 minutes left to play. QPR eventually held on for the win, Leicester go bottom after this loss.

Charlie Austin (QPR): he adds personality up front, something his club has been lacking in recent seasons. He scored with a clinical header, and provided one assist.

Esteban Cambiasso (Leicester): the real engine in his team’s midfield, he took his goal well, but couldn’t prevent his team falling bottom of the league.

Swansea continue to drop down the table after they shared points with Crystal Palace. Ivorian powerhouse Wilfried Bony scored in consecutive games to give Swansea the lead, with Gylfi Sigurdsson providing the assist. The lead lasted 10 minutes though, after Palace captain, Mile Jedinak slid home a penalty—he now has five in seven matches. Swansea may feel that they probably deserve more, but they were wasteful with the chances they had.

Wilfried Bony (Swansea): a strong center forward and a clinical finisher. When he’s in form, he is unstoppable. He looks hungry like a young Didier Drogba.

Mile Jedinak (Palace): such an important player for his club, and the captain proved why today. Jedinak has picked up where he left off from and has scored two goals since coming back from suspension.

Newcastle’s five-game winning streak in the Premier League snaps after their loss to West Ham, who are back to winning ways themselves. Aaron Cresswell scored the only goal of the game before Newcastle were reduced to 10-men. Moussa Sissoko was shown a yellow for kicking the ball away, and sent off almost immediately after his tackle on Andy Carroll. Newcastle drop down four spots to ninth while West Ham remain in the top five.

Aaron Cresswell (West Ham): scored his first Premier League goal, and will be happy with his clean sheet.

Chelsea remain unbeaten despite their goal-less draw away to Sunderland, but their lead at the top of the Premier League table is trimmed to six points. Both teams came close to scoring, with both hitting the woodwork. Chelsea striker, Diego Costa, received his fifth yellow of the season and won’t be available for selection next match. Sunderland will be pleased with their performance, keeping out the league leaders and earning a valuable point. Chelsea meanwhile will be hoping that they can bounce back quick as they enter December’s busy schedule.

Costel Pantilimon (Sunderland): made six saves, was fantastic throughout, and deserved his clean sheet.

Cesar Azpilicueta (Chelsea): always eager to create something down the left, nullified the Sunderland threat on the left very well.

The Saints were given a reality check as they were swept aside by Champions Man City. As a result, City move up to second spot, within six points of leaders Chelsea, while Southampton drop to third. City opened the scoring in the second half through Yaya Toure. Toure sent a hard shot past Forster, beating him to his right. Former Chelsea star, Frank Lampard added a second to secure the points for the Sky Blues with a trademark run to the edge of the box, and a low shot past the keeper. Southampton continued to press forward, eager to stun City, and as a result, Clichy made it three after finding space behind the defense. City were the more clinical on the night and deserved the points, no doubt.

Yaya Toure (Man City): scored a second goal in as many games, and looks to have found his form. Toure will be hoping to continue his goal-scoring run and help City usurp Chelsea.

Tottenham move to within two points of the top-four, level on points with local rivals Arsenal, while Everton remain level on points with Merseyside-rivals Liverpool. Kevin Mirallas scored one of the goals of the season, moving towards the edge of the box before floating his shot past Hugo Lloris in the Tottenham goal. Christian Eriksen scored the equaliser before Roberto Soldado scored to end a run of nine months without a goal for his club. Everton thought they should have had a penalty for a hand-ball, but their protests were ignored as Tottenham went on to victory.

Christian Eriksen (Tottenham): the winger is scoring goals again, and looks to have found his form just in time for his club’s visit to Stamford Bridge where Chelsea wait.

Sylvain Distin (Everton): the defender was up for it and ready to lead by example, didn’t deserve to be on the losing side.