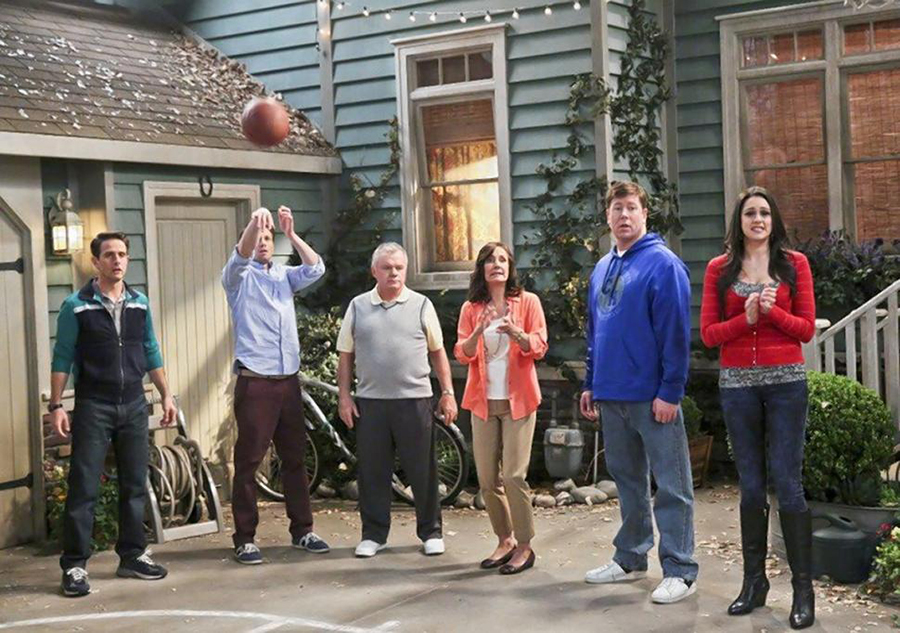 This week’s The McCarthys was a fun episode in which Ronny got some action, which I am always in favor of. His new boo Tommy was played by noted cutie Brent Morin from Undateable. I’m sad this was pretty clearly a one-off character because he and Tyler Ritter had great chemistry.

The episode begins with Ronny and his parents running into Tommy, Jackie’s ex-boyfriend from high school who’s been out of town for a while. Marjorie loved Tommy and immediately wonders if she can get him back together with Jackie. (Ronny points out this might not work, “his problem with Jackie in high school was probably that she wasn’t pregnant enough”). But while they’re catching up, Tommy casually mentions an ex-boyfriend and now Marjorie has a new goal: setting him up with Ronny. This turns out to be a pretty easy feat because sparks are naturally flying between them. Again, I have to point out the chemistry between Ritter and Morin, which makes what could’ve been a very forced sitcom dilemma work very well. These cuties clearly have an instant attraction and you really want them to stay together.

That’s when we get to the obvious problem: Jackie’s feelings. Some funny bits, with great acting from Kelen Coleman, establish how emotionally fragile Jackie is right now and everyone is worried about how she’ll feel about her ex being with her brother now. Well, “worried” isn’t the right word for everyone. Gerard just thinks it’ll be hilarious. They found the balance of emotional honesty and snappy farce to execute this plot perfectly.

The episode’s b-plot featured a guest appearance by former NBA star, Rick Fox. He’s actually a funny performer and even though it was a bit of a shoehorned guest appearance, I enjoyed the added fun.

My only problem with this excellent episode is some bisexual erasure, which was frustrating because it was so easily avoidable. They could’ve easily pulled off this same plot with Tommy actually mentioning at some point that he’s now exclusively gay, instead of everyone just assuming as soon as he mentions having had a boyfriend. At least Rick Fox mentions that sexuality is a spectrum. Thanks, Rick Fox.

Overall, this was a great episode, showing exactly what this show should be and with a quality guest love interest. While we’re on the subject of Ronny’s love interests, can I request Gabe Liedman, Kumail Nanjiani, and Keegan Key next, please? Thanks in advance, CBS.