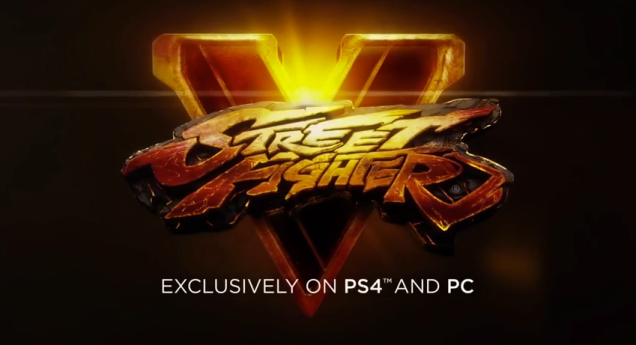 Lookie what dropped out of Capcom’s bag of surprises – a trailer for Street Fighter V, an exclusive for Playstation 4 and Windows PC. Making the trailer public on their Youtube channel was a mistake without a doubt. On December 13, Capcom is holding their second annual Capcom Cup, a tournament that features players from around the world who earned a bid to compete for a total prize pool of $50,000. The company also makes announcements for their video game franchises at Capcom Cup, and Street Fighter V was definitely doing to be their big announcement of the night.

The trailer features bits of gameplay, amazing new visuals, and clips from players around the world embracing Street Fighter in various ways such as in music, art, and tournaments.

The fighting game scene is already reacting with loads of hype.

Oh my lord, today is the greatest day ever, we get a look at Street Fighter 5 <3 #INLOVE https://t.co/qzjlNybPIp pic.twitter.com/1i1iA0qpuY

I get a genuine #eSports vibe from the Street Fighter V trailer.

Street Fighter IV was first released in Japanese arcades on July 18,2008. The title has been updated three times in Super, Arcade Edition, and Ultra iterations. It was time for a new game and Capcom appears ready to tackle that challenge. They have embraced the fighting game scene with such fervor that the entire genre has seen a revival. This is an exciting time to be a fighting game player. Come back to Pop Culture Spin for more news on Capcom’s plans for Street Fighter V.