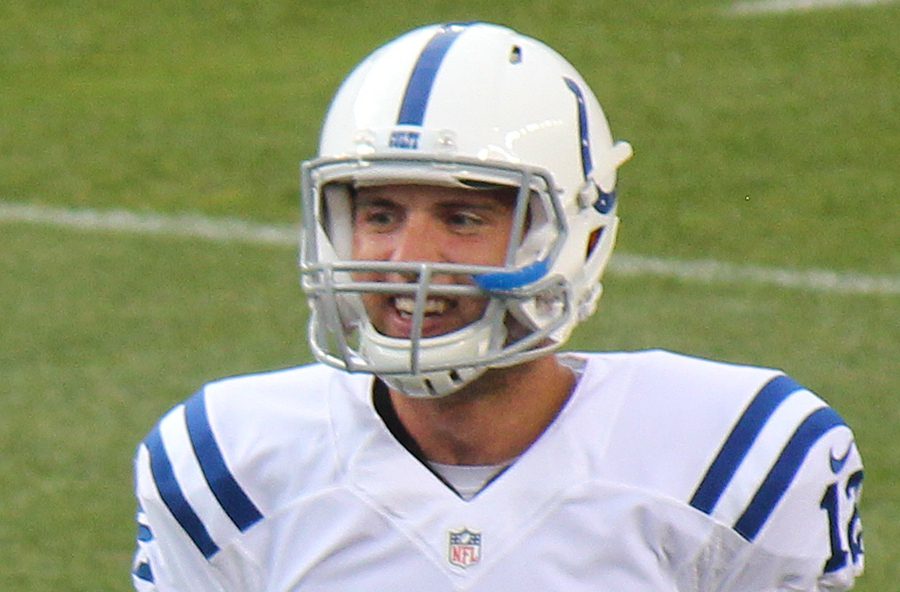 Holy boats, it’s Week 14 already. If you’re a Dallas Cowboys fan, you’re actually excited because your team won a game in December, so congrats! As the playoff picture gets tighter, the games are becoming far more important. However, who cares about the playoff race? Onwards to fun part of football: Gambling!

Anderson rushed for 167 yards against the Miami Dolphins in Week 12 and then backed it up with 168 yards rushing against the Kansas City Chiefs in Week 13. Unfortunately for Anderson, Miami is the 21st ranked team in opposition rushing yards, while Kansas City is ranked 30th in the same category, so giving up lots of rushing yards is common for those two teams. The Denver Broncos play a tough Buffalo Bills defense this week who ranks seventh in the NFL, allowing only 96.3 rushing yards a game, so it will be a quieter game for Anderson this week as he won’t be able to break for 150 or more yards.

Luck has had a brilliant season thus far, only throwing for less than 300 yards in two games. Surprisingly, the Cleveland Browns — who Luck is playing this week — are the best passing defense that he has seen this year, so throwing for more than 300 yards will be out of the question. He’ll come close to 300 yards, but just stay under.

Will the Philadelphia Eagles score a touchdown against the Seattle Seahawks? (Yes -1000)

The Seattle Seahawks have not allowed a touchdown in their past two games, as they’ve only allowed two field goals in those games. The Seahawks defense is looking like they did during their championship run last season, but going three weeks in a row without allowing a touchdown is unheard of. Also, the Eagles are one of the best offensive teams in football, so don’t be afraid to bet your house, your car, or anything else valuable you own that the Eagles will score a touchdown.

Who will score the first touchdown in the Kansas City Chiefs vs. Arizona Cardinals game? (Jamaal Charles +700)

A sure bet would be to say that a Kansas City Chiefs wide receiver won’t be scoring the first touchdown of the game, but who likes predicting the obvious? In six home games this season, the Cardinals have allowed the opening touchdown four times, and Arizona’s Michael Floyd has scored the opening touchdown twice. The Cardinals have still managed to win every home game this season, so I’ll take my chances saying that Jamaal Charles will score the first touchdown for the Chiefs, but the Cardinals will win the game.