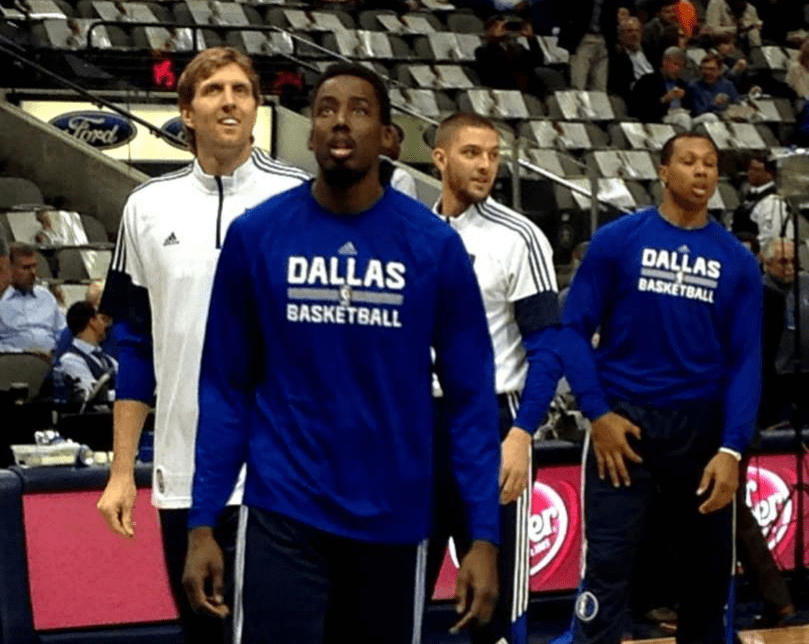 Long strides assisted the 26-year-old Chandler Parsons as he moved his 6’9″ frame across the Dallas Mavericks locker room following his team’s 125-102 win against the Milwaukee Bucks, his calm demeanor shifting in a trice as if he were forgetting something minor. After a majority of rather strong wins, Parsons always appears to be marked by blithe unconcern for just what took place, his eyes always focused on what’s to come instead of the frequent flow of both true and pseudo ass-kissing encomiums. He scanned the media before him after cascading back to his locker, ready to drop some casual remarks about his 28-point performance against the Bucks.

“I’m just getting more comfortable,” Parsons commented. “Every single game, every single practice I get to know those guys better. I get to know the system better. It’s all new to me, but I love the way we are playing right now. The guys in the locker room are all high-character guys that want to win.”

High character indeed. The tone and texture of the locker room energy following a win is always laced with a reddish glow of glee and sarcasm. Monta Ellis, who has been making difficult drives and clutch moments look like child’s play lately, jokingly debated with Richard Jefferson. The devastatingly efficient Brandan Wright shared a light laugh with ESPN Dallas’ Tim MacMahon. Even though smiles were credited by the dozen following a win, it was Jae Crowder’s sly smirk that caught the most attention. Crowder played 26 minutes and lived up to his nickname “The Beast.”

“I feel great,” Crowder smoothly expressed. “I’ve been working pretty hard and staying with it. I knew my time would come and I just wanted to play good basketball when I got out there. I’m just staying positive and hopefully keep winning.”

The stronghold the Mavs had over former teammate-turned-head coach Jason Kidd’s team was evident from the get go, aggression appearing to seep from both ends of the court as Dallas took a 32-21 lead into the second quarter. Now, while the Mavericks offense is a known fatal force of nature with Parsons, Ellis, Tyson Chandler, Dirk Nowitzki, Jameer Nelson, and their deep bench, their defense tends to go lackluster at times, both in the paint and the perimeter. Using this to their advantage, the Bucks, led by Brandon Knight (if you get me started on the confusion of hearing both Brandon Knight and Brandan Wright names echoing throughout the arena when both were on the court, you’ll never hear the end of it. Wait, maybe that’s just me and my own confusion. Yeah, it’s just me.), cut down the lead from 13 to only six with 6:34 remaining in the first half.

But as they tend to do, the Dallas offense weighed out their askew defensive performance and headed into the locker room leading 59-46. According to Kidd, the Mavs had the game locked down by the end of the third quarter, a stretch of 12 minutes that has caused the most damage in past Mavericks games over the course of this season. “In the middle of the third, the game got away from us, offensively and defensively,” Kidd stated following his loss. “So, at the end of the third, they put it away. But that’s what good teams do, that’s what Dallas is.”

They’re utterly titanic. And the danger will only continue to mount from here.

The Mavericks head to Memphis to take on the 16-4 Grizzlies on Tuesday night.