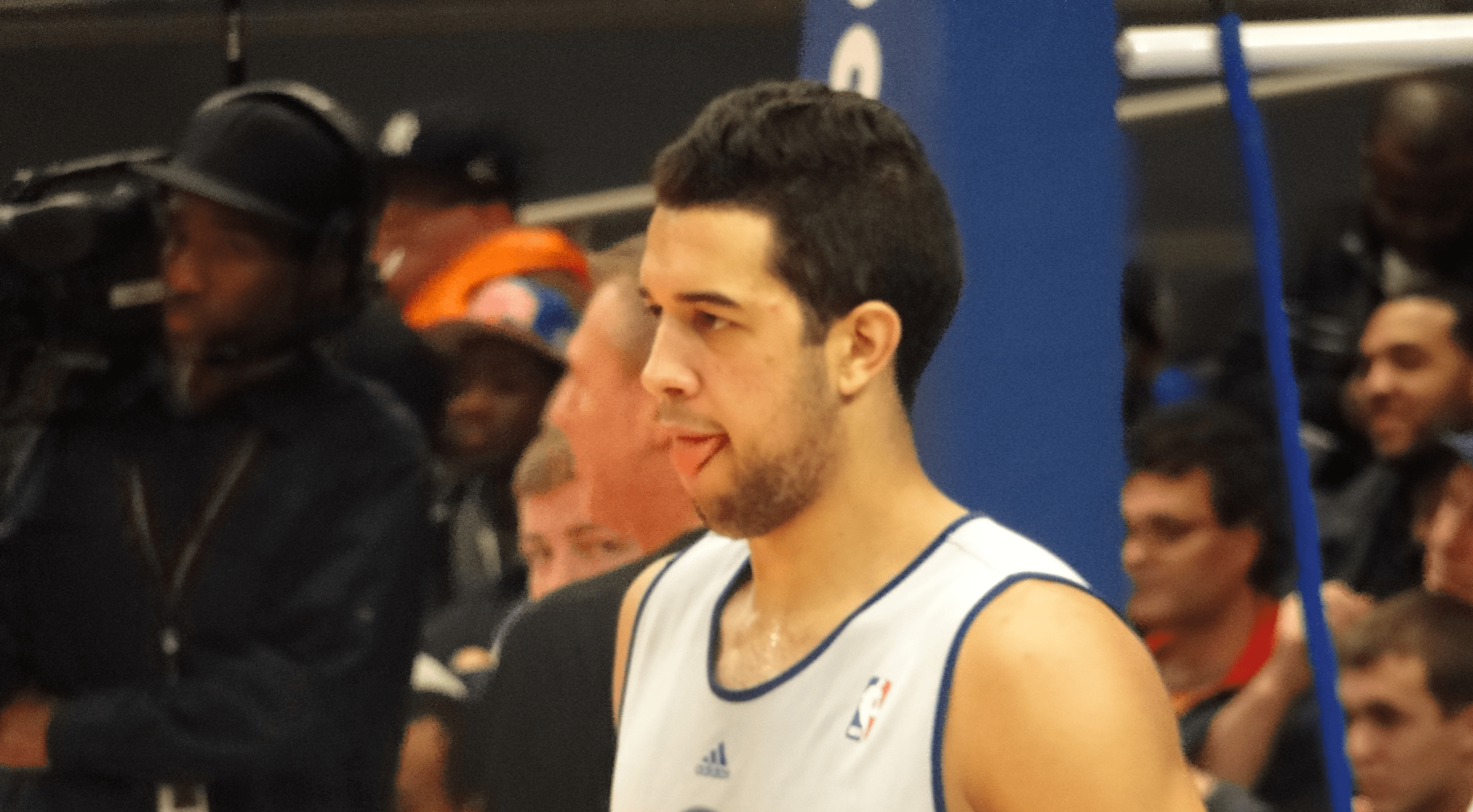 At only 26 years old, there are not too many players in the NBA who have had the kind of rollercoaster ride of a career that Landry Fields has. Coming into the NBA, Fields wasn’t even projected to get drafted, but with the 39th overall pick in the 2010 NBA Draft, the New York Knicks surprised many by taking a chance on the 6-7 guard/forward from Stanford.

In Fields’ first season in the NBA, he made the New York Knicks look brilliant, as he won the Rookie of the Month award in both November and December and was named to the NBA All-Rookie team. After another solid season in New York, Fields found himself to be a restricted free agent and eventually signed a monster three-year deal with the Toronto Raptors worth 20 million dollars.

Flash forward two and half years later, and it wouldn’t have surprised me if Fields’ wife has got more action on the basketball court than Fields has himself. It has been a nightmare road with the Toronto Raptors, and although he hasn’t been living up to his enormous contract, it hasn’t been because of a lack of effort.

Fields has been injury-prone during his time with the Raptors after having several surgeries repairing the ulnar nerve in his right arm, which happens to be his shooting arm. Although he has recovered from this injury, it still has an affect on him as Fields was quoted in the Toronto Sun last postseason saying:

I hate making excuses, but it’s difficult with this hand thing going on. It kind of affects the touch and feel of everything.

After an injury-plagued two years, Fields’ third season with the Raptors looked to be similar as the first two, as he was playing limited minutes, having only appeared in five of the Raptors first 21 games. However, the narrative of Fields’ season all changed with a surprising start on December 9 against the Cleveland Cavaliers.

In 23 minutes, Fields knew his role only attempting two shots, while making both of them, and contributed one rebound and two assists. These statistics are not flashy or worthy of another 20 million dollar contract, but his contribution makes the Raptors bench that much better.

Fields is a solid defender and his role as a starting shooting guard can be very beneficial for his entire team. Fields showed that he was a good defender when he went up against Joe Johnson in the playoffs last season, and continued this trait while facing LeBron James last game.

Although Grevis Vasquez has been playing well during the absence of DeMar DeRozan, starting Fields over Vasquez can pay dividends because it allows Vasquez to move back to his role as a back-up point guard and gives him the ability to run the second team offense. By adding Fields into the starting lineup, it almost feels like the Raptors added a brand new player to their roster, after he hasn’t had an impact all year.

Fields doesn’t need to put up a large number of points as the starting shooting guard, but he needs to be able to defend the opposing team’s best players, so that Terrence Ross doesn’t have to as much. Ross is a great defender, but having him play hard defense against the other team’s best players every night can have a large effect on his offensive game, which Toronto needs right now, with DeMar DeRozan out of the lineup.

It isn’t clear if Fields is going to continue to be the starting shooting guard while DeRozan is out, but he did play well enough last game to prove that he is capable. Vasquez had the flu so maybe the team wanted to limit his minutes and give Fields a chance, but either way this chance could be great for the team.

Fields needs another shot with the Toronto Raptors to show the team and to show the NBA that he is worthy of a new contract, with his three-year deal expiring after this season. Without another shot with the Raptors right now, there are probably not too many teams that would want to take a chance on him down the road. However, this is the chance that Fields should have been dreaming about all season, because he finally has the ability to make himself relevant again.

The ball’s in your court now Fields; time to run with it.