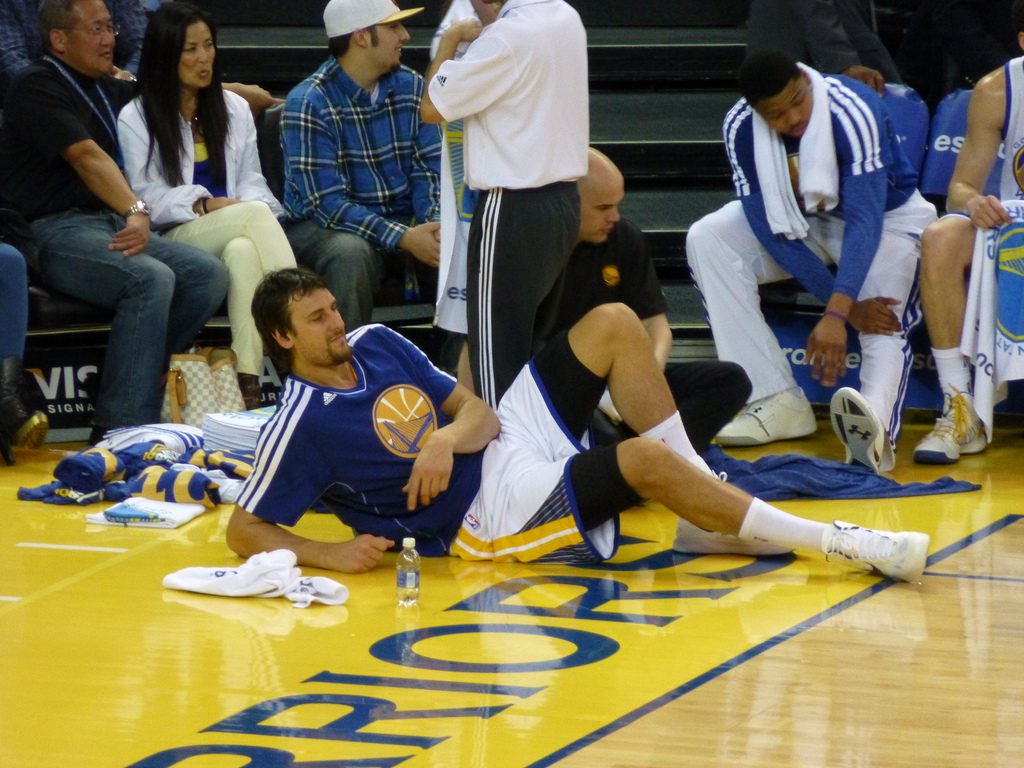 According to the Bay Area News Group, Golden State Warriors center Andrew Bogut is expected to miss his fourth straight game due to knee tendentious. Bogut has been the defensive anchor and the offensive centerpiece for the Warriors thus far. He is averaging 7.1 points, 9.3 rebounds, 3.0 assists, and 2.2 blocks this season.

Bogut’s injury has slowly but surely lingered on further than Steve Kerr and the Warriors originally lead us to believe that it would. Tonight’s absence will make for the Warriors’ toughest task yet – a 19-4 Memphis Grizzlies team that has been looking forward to ripping a 16-game winning streak from the 21-2 Warriors. Led by big men Marc Gasol (19.4 ppg, 7.8 rpg) and Zach Randolph (16.2 ppg, 11.0 rpg), a full-strength Warriors team would have had their hands full as it is.

Third-year center Festus Ezeli has started in place of the injured Bogut the previous three games and will indeed start Tuesday night in Memphis. Ezeli has had his moments, but simply does not have the same skill set that Bogut brings to the court and at times can be an offensive liability, forcing the Warriors to go small late in crucial minutes, even rolling out Draymond Green at the center position. It has worked so far, but going small against the Grizzlies will end in a different result.

Starting forward Harrison Barnes is also battling with an injury of his own and is listed as “questionable” for Tuesday night’s showdown. Barnes was violently elbowed in the face by the Pelicans’ Dante Cunningham in the first half on Sunday night, causing a nasal fracture. Barnes also had to receive several stitches to his mouth but was able to return for the start of the second half. There is a possibility of him playing Tuesday, but would most likely have to be with a protective mask.

Regardless, there is no better opportunity for Andre Iguodala to step up again as he did on Sunday night when he scored 20 points off of the bench. During the Warriors hot start to the season, Iguodala has been the only player that has appeared to be out of sync. They will need him to score more than his season average of 6.9 points if Barnes is going to miss any time.

Tonight’s nationally televised matchup is by far the biggest game of the season for the Warriors and it is a shame that both teams won’t be at full strength. But the Warriors aren’t making any excuses and know that sometimes you have to play with the hand that you are dealt. “I feel pretty confident with our team and our depth that we can compete no matter who’s out there,” Coach Steve Kerr said Monday. But Memphis, much like San Antonio, has always seemed to be one of the Warriors toughest tasks. Expect nothing different Tuesday night.