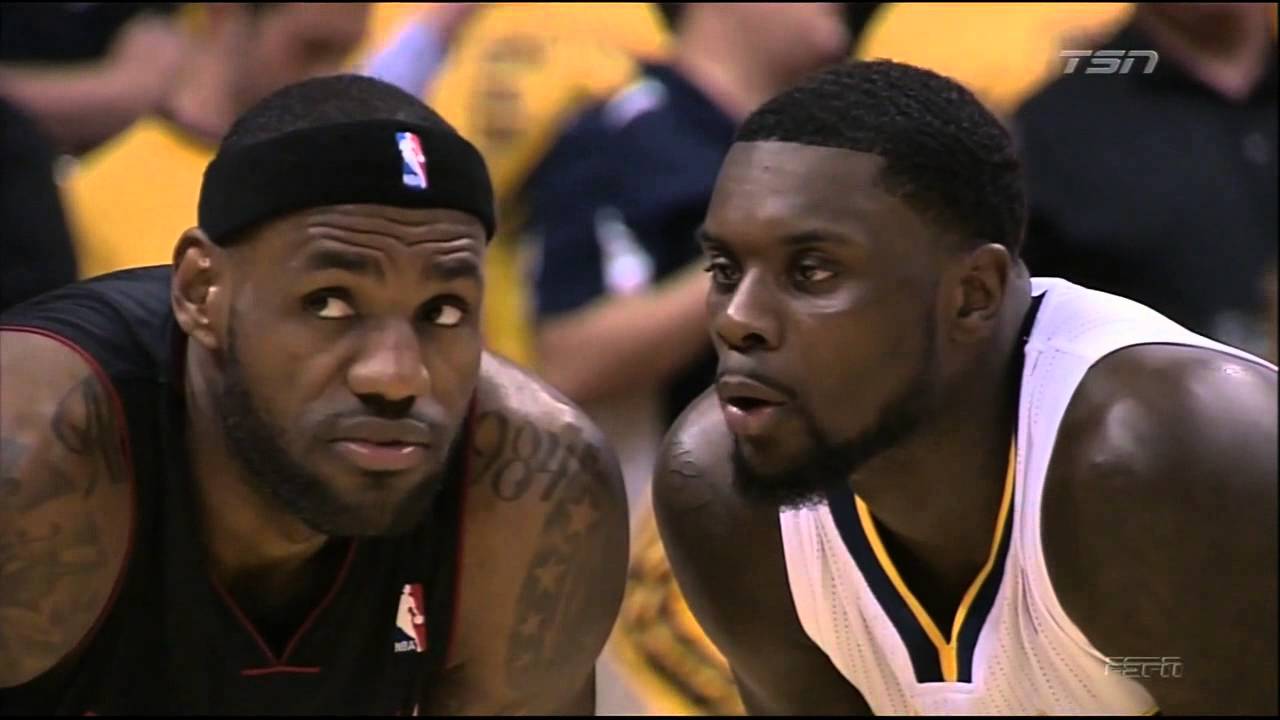 Players and fans take note. Make resolutions if you have to. It’s not about what you do, so long as you don’t do these 10 things.

10. Call your shot: If you make the shot then you’re a hero, but the odds of doing this are slim to absolute zero. If you miss your shot you’re a laugh-reel highlight even if you manage to make some kind of play out of it. Let us be amazed by what you do, not by the stupidity of what you think you can do. Plus, it’s just poor sportsmanship.

9. Play at less than 90 percent: Okay, yes, many superstar players at 80 percent are better than a lot of other players on any given team, but fans want to see success for long periods of time. That is what makes you a great player. You risk injury to yourself and the well being of the team by playing at anything less than 90 percent, and that includes things like the flu. You are not yourself when you’re injured or otherwise not feeling well. Do everyone a favor and let us see you at your peak, not force us to endure a less-than-optimal performance.

8. Sign with an archrival: If you’re traded then you likely didn’t sign off on this (unless you had a no-trade clause). When you’re a free agent you get to decide where you want to go and why. Some guys want a shot at a title, others just want cash, and there are those that want to be close to family. I don’t care what the reason, you should never sign with an archrival. It is essentially a slap in the face to the organization that you’ve been with. It’s sort of like cheating on someone with his or her worst enemy. “Not them, anyone but them!”

7. Be on commercials more than you are in the game: When you’re a cemented superstar with a list of credentials as long as your arm you can do as many commercials as you want. When you’re retired and the usual game day pay checks aren’t rolling in anymore, feel free to hock whatever you see fit. But when you’re a young kid and you’re getting into a sport hold back from the commercials. Yeah, I know the money would be hard to turn down (if not impossible), but it’s just sad seeing guys during TV timeouts more than I see them in live play. Focus on the game, not your bank account.

6. Think that the cameras are not watching: So you’re a semi-dirty player, or you’ve got a chip on your shoulder for someone or some team. You might be inclined to pull a little something on the down low just for the hell of it. The refs may not see it, the fans may not see it, your coach, your teammates, and even the person you’re doing it to might not know where it came from. However, unless your name is Chris Angel, there is no freaking way the dozens of cameras and thousands of cell phones that are covering everything on the planet don’t catch what it is you’re doing. You will be caught and punished accordingly. Even if what you did technically isn’t illegal in the sport people will still frown upon your antics.

5. Walk down to the ring (octagon) to the Rocky theme song: Unless your name is Rocky Balboa (born with it, not changed to), Sylvester Stallone, or Rocky Marciano, then forget using this song. It would be like a baseball player equating himself to Jackie Robinson or a current player wearing a makeshift Hall of Fame jacket before his playing days are done. Legends (real or fake) earned their stripes, and they didn’t become legends overnight, they grew over years or decades. Riding their coattails by using music, making comparisons yourself, or assuming they are your peers before you get there is making an assumption. And we all know what happens when we assume.

4. Celebrate a meaningless victory/score: I see it far too often. The game seems out of reach, it’s basically impossible for one team to get back into the game. The leading team takes their foot off the gas a bit, and the losing team gets a big play. A score, a dunk, a home run, a goal. Whatever the outcome there is a celebration that makes over-the-top celebrations sit down and go “whoa guys, chill out!” You shouldn’t do this because A) You’re still losing by a ton, B) The team your playing against has begun to phone it in, C) If you have any shot at coming back being a jerk isn’t going to help your cause, or D) If you happen to play this team again you don’t want to give them fuel to embarrass you a second time.

3. Guarantee a victory: Joe Namath did it successfully the first time. Since then numerous players have tried to repeat the act, some succeeding, some failing. When you say “I guarantee we will beat _____” the other team knows well in advance of the game. Even if you say it as you walk with your team mates to the bench the other team will hear about it by the intermission (see item #6).

2. Believe a game is over before it is over: Okay, the higher the gap, the fewer seconds left on the clock, the less likely a comeback. That doesn’t mean a comeback isn’t possible. I’ve seen too many crazy things over the course of my life to not believe that virtually anything is possible.

1. Think any outcome is “a sure thing”: in most sports this is now referred to as a “trap game.” All the stats, experts, common sense, and psychics agree that team X should beat team Y. It’s actually so one-sided that people begin to think that an outcome is a sure thing. That is when all the stars line up just right and by the most amazing of circumstances team Y pulls off a victory. Maybe the coach made a deal with the devil, or maybe this was some sort of karma payback for something team X did. Whatever the reason the “sure thing” became a “$#!+ thing” as everything you thought you “knew” about teams and a sport falls apart in front of your eyes.