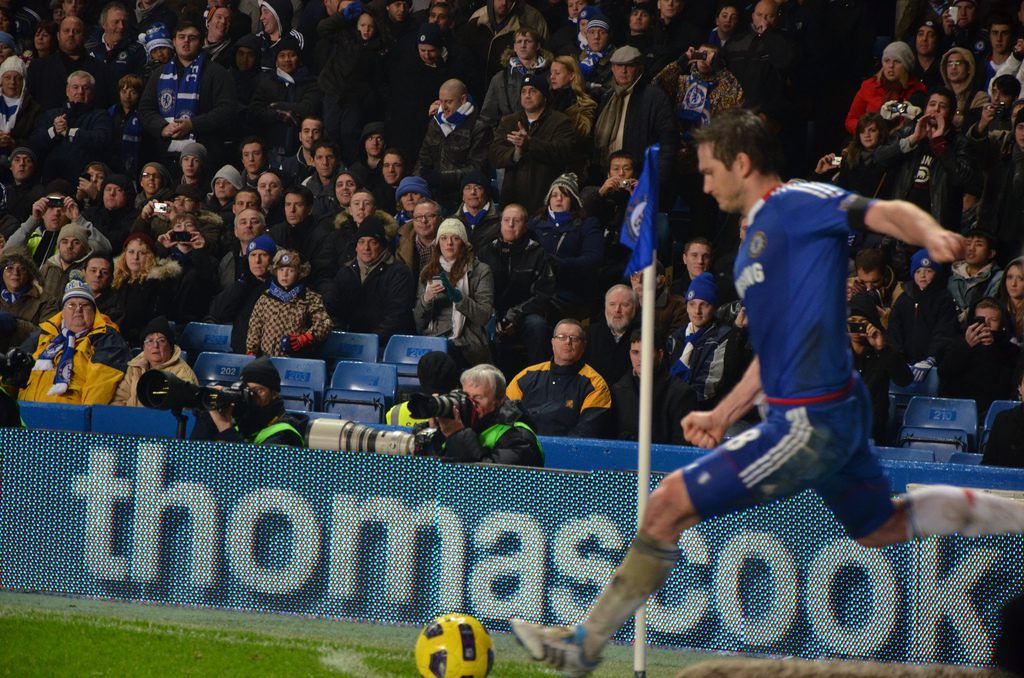 Frank Lampard keeps the pressure on Chelsea, while Manchester United continue to soar. Catch this and more in this week’s edition of the Barclays Premier League Capsule:

The Clarets heaped more misery on Southampton, while also recording only their third win of the season. It’s been a similar story for the Saints who’ve been dominant in their last few matches but have failed to capitalize. They were awarded the first opportunity to take the lead when Ryan Bertrand was taken down in the box. Dusan Tadic stepped up, but Tom Heaton was equal to it and saved. Burnley, who didn’t offer much going forward, found the opening goal when Danny Ings took advantage of poor Southampton defending to find Ashley Barnes who scored. Southampton miss the opportunity to move fourth, and remain fifth on goal difference after this loss. Burnley, meanwhile, climb out of the relegation zone, one point from the bottom three.

Tom Heaton (Burnley) – saved confidently to his left to keep his team in it. Wasn’t tested as much as he would have expected, but was focused when called upon.

Chelsea remain top of the table after beating 10-man Hull at Stamford Bridge. Eden Hazard scored a header from an Oscar cross to give Chelsea the lead. However, Chelsea were far from dominant, and Hull could have equalized if they weren’t wasteful with their chances. Hull came out in the second half full of confidence, keeping Chelsea under pressure, until Tom Huddlestone was sent off for a stamp on Chelsea defender, Filipe Luis. A second goal for Chelsea looked inevitable as they continued to pile the pressure. It eventually came after good work from Hazard to split the Tiger’s defense and find Diego Costa, who finished emphatically. Hull City remain in the relegation zone, and the pressure is now certainly on their manager, without a win since October.

Eden Hazard (Chelsea) – is un-playable on his day. He rose highest to meet Oscar’s cross, and was at the center of the second goal, moving the Hull defense out wide before cutting back in the box to find Costa.

Palace have won once in their last 10 matches, and remain close to the drop zone. Nonetheless, they will be happy with their point. They took the lead early when James McArthur met a Yannick Bolasie cross. But Stoke equalized moments later after Bojan Krkić sent a dangerous ball into the box which eventually found Peter Crouch who tapped in from two-yards. Stoke stay mid-table, and are without back-to-back wins in the Premier League since last May.

Yannick Bolasie (Palace) – has been in-form recently and caused the Potters defense all kinds of problems on the left side. Provided the assist for the opener with a clinical cross.

Peter Crouch (Stoke) – scored last gameweek, and netted another this week. He will be working hard to keep up his goal-scoring run.

The champions recorded another win to keep the pressure on rivals Chelsea. Ironically enough, it was former Chelsea player, Frank Lampard who scored the only goal of the game to give Man City the victory. Lampard started the move with some key passes in midfield before drifting into the box and waiting for a Samir Nasri cross. The goal was his fourth of the season, six in all competitions. Mourinho and Chelsea may already be regretting their decision to let the midfielder leave. Leicester provided lots going forward, but couldn’t find a way past the strength of Eliaquim Mangala and Vincent Kompany. As a result, Leicester stay rooted to the bottom, and are without a win in 11 consecutive matches.

Eliaquim Mangala (Man City) – dealt with the Leicester pressure, and was enormous at center-back. Deserved his clean-sheet.

West Ham had to come from behind to snatch a point against a Sunderland side who were dominant for most parts of the match. The opener came when they were awarded a penalty in the 22nd minute. West Ham players claimed that Adam Johnson had “dived” in the box, but the decision stood and Jordi Gomez stepped up to give Sunderland the lead. West Ham found the equalizer seven minutes later when Stewart Downing collected a pass from Kevin Nolan and drilled it into the back of the net. West Ham will feel undone after the penalty decision but remain fourth. Sunderland, meanwhile, remain drifting around the bottom three, they sit 16th.

Jordi Gomez (Sunderland) – took responsibility and stepped up to convert his penalty with confidence and conviction.

Stewart Downing (West Ham) – has been in good form recently with two assists and a goal in his last three games. Clinical shot brought his team back into the game.

The Baggies claim victory in the West Midlands derby, but record only their second win in 10 matches. The derby started with a red-card when Kieran Richardson was sent off for a bad challenge on Stéphane Sessègnon. West Brom finally made their advantage count in the second half when Craig Gardner scored against his old club. Aston Villa almost found the equalizer through Christian Benteke, but his shot was wide. West Brom move within two points of their rivals, Villa who sit 13th.

Craig Gardner (West Brom) – took advantage after a scramble in the Villa box to score the only goal of the game.

The Gunners blew past an in-form Newcastle side at the Emirates stadium. Olivier Giroud found the opener with a thumping header from an Alexis Sanchez cross. Arsenal resumed business in the second half when Santi Cazorla made it 2-0 after another good pass from Sanchez. Arsenal were in full control and were stringing passes together brilliantly throughout the match. Giroud found his second of the game to give his team a three-goal lead when he clipped the ball into the net from close-range. Newcastle scored from a free-kick moments later when Ayoze Perez met Jack Colback’s delivery. But any remaining hopes of a comeback were dashed when Danny Welbeck was felled in the box. Cazorla scored from the spot, his second of the night, to restore Arsenal’s three-goal advantage. Arsenal go on to close the gap on fourth spot to two points. Newcastle, meanwhile, drop to eighth-place.

Olivier Giroud (Arsenal) – has come back into the squad, and looks fit and confident. Could have had a hat-trick, but will be happy with his two goals.

The Red Devils record their sixth consecutive victory in the Premier League after they beat arch-rivals Liverpool comfortably at Old Trafford. Wayne Rooney gave United the lead early when he met Antonio Valencia’s pass to thump home his sixth of the season. Juan Mata made it 2-0 just before the half, despite claims for offside. United took advantage of poor Liverpool defending and added a third when Robin van Persie found the net. Liverpool had several chances to score themselves, but David de Gea, in the United goal, wasn’t to be beaten making eight important saves. With this victory, United remain third, while Liverpool drop to 11th.

David de Gea (Man United) – was unbeatable, and deserved his clean sheet. The spotlight may be on the forwards after a big victory, but credit must be given to the goalkeeper who has been immense for United this season.

Tottenham left it late to beat Swansea. Harry Kane scored an early goal to give Spurs the half-time lead. However, immediately after the restart, Wilfried Bony, who was a handful in the first-half, scored to equalize for his team. An even contest for most parts of the match, there was one goal left in it, and it was Tottenham who snatched it. Christian Eriksen fired home with one-minute remaining to send the away fans mental. Tottenham move up to seventh, while Swansea continue to drop and are now ninth.

Wilfried Bony (Swansea) – had lots of chances in the first-half and was a threat throughout. Took his goal with confidence, his eighth of the season.

Christian Eriksen (Tottenham) – is making a habit of scoring late goals. He was involved for large parts of the game providing the assist for the opener, and scoring late with a composed finish.

QPR’s poor form away from home continues as they lose their eighth straight away fixture. Despite enjoying most of the chances in the opening stages, it was Everton who took the lead through Ross Barkley’s strike—his first goal of the season. Kevin Mirallas made it 2-0 just before half-time with a deflected free-kick. The visitors were poor in the final third, and Steven Naismith scored the third to seal the victory. Substitute Bobby Zamora pegged one back for QPR, but it proved too late as they remain in the bottom three. Everton move above rivals Liverpool on goal difference, they sit 10th.
Steven Naismith (Everton) – was fouled on the edge of the box to win the free-kick that eventually led to a second Tottenham goal. And he added the third with a powerful header to finish the tie off.

Steven Naismith (Everton) – was fouled on the edge of the box to win the free-kick that eventually led to a second Tottenham goal. And he added the third with a powerful header to finish the tie off.