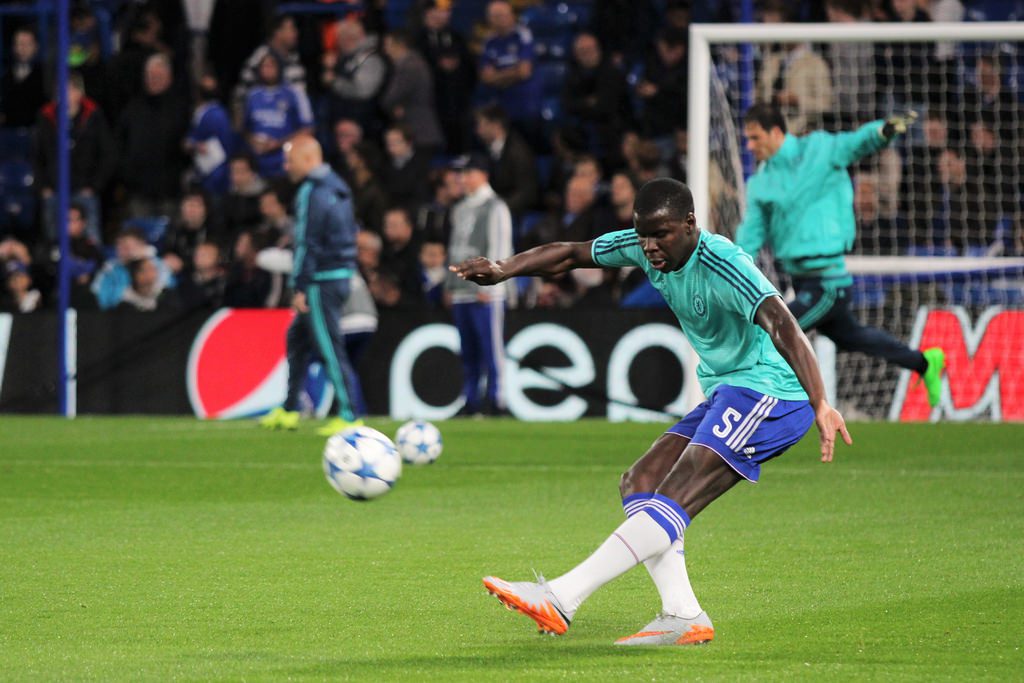 Jose Mourinho’s Chelsea gained an important 2-0 victory over Premier League rivals Arsenal in controversial fashion at Stamford Bridge, after The Gunners had two players sent off in either half.

Defending Champions Chelsea were eager to steer their season towards the right course after only picking up four points from their opening five matches, conceding 12 goals in the process.

Both teams were involved in Champions League fixtures midweek, with Chelsea enjoying a comfortable 4-0 victory at home to Israeli club Maccabi Tel Aviv, while Arsenal fell to a 2-1 loss away to Croatian side Dinamo Zagreb.

Similar to his Community Shield lineup, where Arsenal defeated Chelsea 1-0, Arsene Wenger decided to play Theo Walcott in the lone forward role instead of Olivier Giroud. A notable absentee for Chelsea was their captain John Terry who Mourinho decided to leave out, handing Kurt Zouma a start instead—a decision that would pay off.

Arsenal enjoyed most of the possession in the first-half, but couldn’t test Chelsea goalkeeper Asmir Begovic. Walcott was playing off the shoulders of the defenders, but was unable to use his pace to find an opening, and instead drifted offside on a couple of occasions.

As the first-half went on, Chelsea began to find their rhythm and began to pass the ball forward into dangerous positions with more fluency. Yet, Mourinho’s side were unable to find the final ball to test former goalkeeper Petr Cech.

Minutes before the end of the first-half, Chelsea striker Diego Costa was involved in an altercation with Arsenal’s Gabriel Paulista. Gabriel had rushed to stand up for his teammate after Costa had his arms all over Laurent Koscielny, even slashing him in the face with his hands.

Referee Mike Dean booked both Gabriel and Costa for their spat, but things escalated as Costa continued to provoke Gabriel resulting in a stamp by the Arsenal man on Costa. Dean didn’t hesitate to reach for his red card, sending Gabriel off.

Arsenal would begin the second-half with 10 men, as Wenger brought on defender Calum Chambers in place of Francis Coquelin. The Gunners were understandably on the back-foot, but remained focused on the counter-attack.

Chelsea would eventually take the lead on 53 minutes after Zouma arrived at the back post to guide Cesc Fabregas’ free-kick in with his head. The goal was the defender’s first in the Premier League and even received a standing ovation from Terry himself.

Arsenal defended well after conceding, and they continued to frustrate Chelsea who were searching for the second goal. However, despite the introduction of both Giroud and Alex Oxlade-Chamberlain, the Gunners couldn’t find the equaliser.

With a little over 10 minutes remaining, Arsenal’s misery was increased as Mike Dean sent Santi Cazorla off for a foul on Fabregas. The midfielder had already been booked in the first-half, and as a result was given his marching orders.

Arsenal still made it difficult for The Blues, even down to nine men, but Chelsea persevered and eventually scored the second goal in stoppage time. Eden Hazard’s shot ricocheted off of Chambers and wrong-footed Cech to double Chelsea’s lead.

Chelsea will be happy with the victory, especially as they look to have rediscovered their confidence. Arsenal will feel hard done after two controversial red cards, but will be hoping to recover in the next gameweek where they travel to in-form Leicester City.