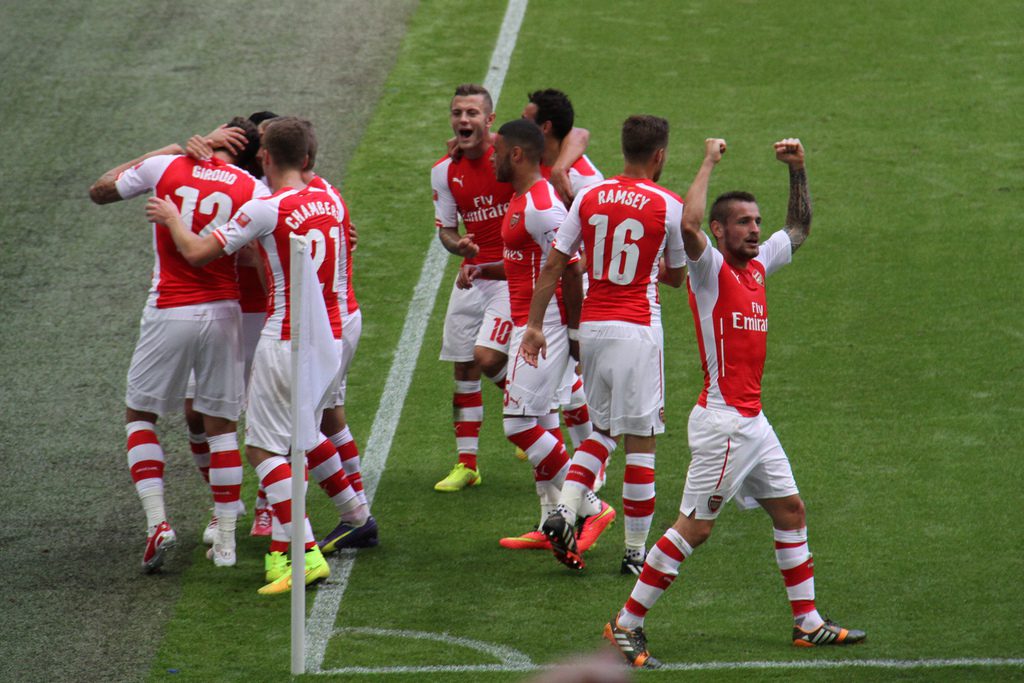 Arsenal lifted their third trophy of pre-season after defeating London rivals Chelsea 1-0 at Wembley Stadium to win the Community Shield for the second year in a row.

Arsenal, who were FA Cup winners last season, had already lifted the Barclays Asia Trophy while on tour in Singapore, and added the Emirates Cup as well just a week ago. The Gunners will have been given a major boost after topping off an impressive undefeated pre-season with victory over last season’s Barclays Premier League champions Chelsea.

Arsenal came into the match without the injured Jack Wilshere, and Alexis Sanchez, who was given an extended holiday after his involvement in the Copa America tournament. Wenger decided to play Theo Walcott as a lone striker instead of Olivier Giroud—a decision that paid off in last season’s FA Cup Final victory. Another noteworthy inclusion was former Chelsea goalkeeper Petr Cech, who spent 11 years at Stamford Bridge before signing for Arsenal at the beginning of the summer.

Chelsea were without last season’s top scorer Diego Costa, who picked up a hamstring injury while Chelsea were on pre-season in North America, but defender Gary Cahill was fit to play despite fears of a broken noise in his side’s win over Barcelona in Washington. Mourinho chose to play Loic Remy up front, leaving new signing Radamel Falcao on the bench.

It looked like Arsenal’s night from the first whistle after Walcott stripped Nemanja Matic immediately after kick-off, with The Gunners looking to make an immediate impact. Chelsea enjoyed plenty of possession afterwards, but it was Arsenal who looked more dangerous when on the attack, with their swift, intricate passing.

Neither goalkeeper was really tested until the 24th minute when Arsenal midfielder Alex Oxlade-Chamberlain swept past Chelsea left-back Cesar Azpilicueta and thumped in a wonderful goal to give his side the lead.

Chelsea weren’t as clinical with their attacks, and this would prove to haunt them, especially after Ramires missed an opener header from six-yards out, sending his attempt wide of goal.

Arsenal took the half-time lead and were content to let Chelsea have the ball in the second-half, trying to catch them on the counter-attack. Eden Hazard was sent through on goal mid-way through the second-half but, under pressure, hoofed his shot over the bar. Oscar came close moments later, forcing a fantastic save from Cech with a curling free-kick.

Arsenal had a flurry of late chances, but Chelsea goalkeeper Thibaut Courtois was fully concentrated to keep the Gunners out.

In the end, Arsenal were climbing the Wembley steps to collect their winners medals while Chelsea were left frustrated at the lack of bite in front of goal.

The Premier League season begins on Saturday, with Chelsea hosting Swansea City and Arsenal entertaining West Ham United at the Emirates. Both teams will be looking for home victories to start of the new campaign, with Chelsea aiming to put defeat behind them. Arsenal, on the other hand, will be boosted after a pre-season treble, hoping it’s foreshadow for the season ahead.