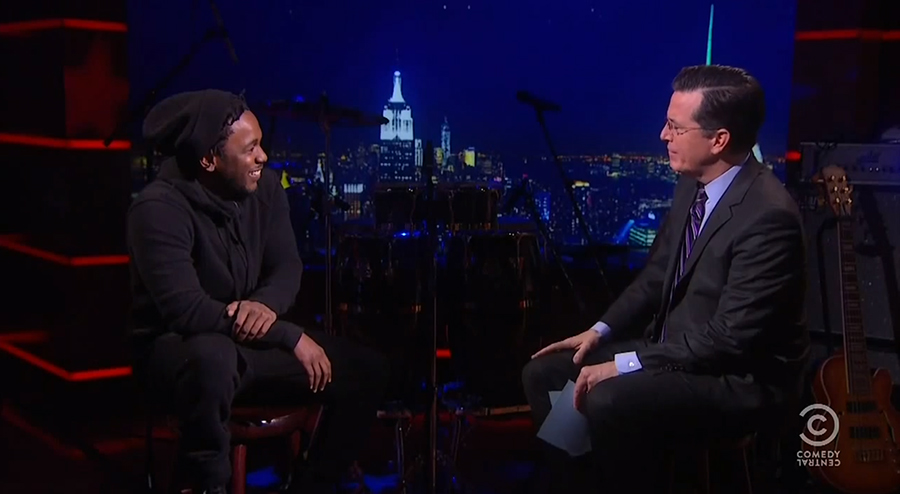 Kendrick Lamar will go down in history as the final musical act on The Colbert Report. Before performing an untitled song, Lamar spoke with Stephen Colbert about being from Compton, Dr. Dre, fame, and why he prefers to be called a writer instead of a rapper. He is currently working on his new album, which is expected to drop early next year. So for now, dig the new track that features Bilal, Thundercat, Anna Wise, and Terrace Martin in the video below. Interview comes first, but then the performance around the 4:08 mark. Appreciate the talent!