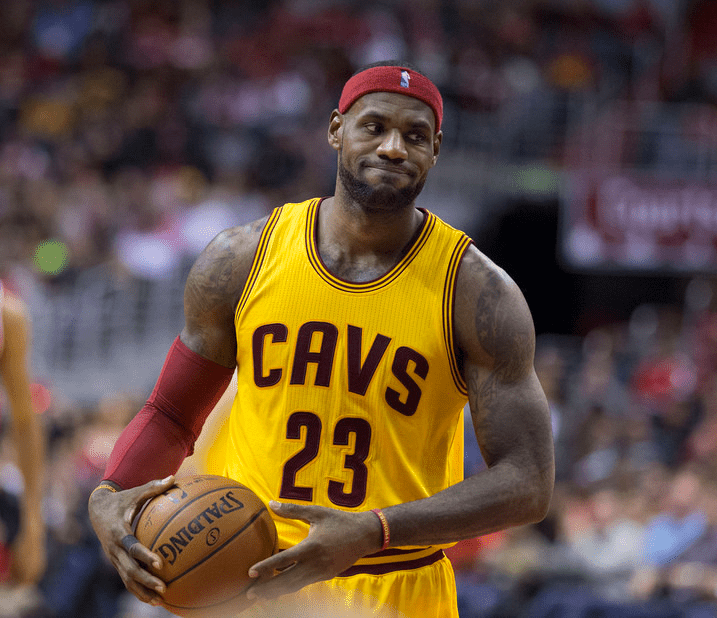 I know what you’re thinking, and no, the title of this column isn’t supposed to be “The Wild, Wild West.” Maybe giving a second “wild” to the Eastern Conference is overkill, but for all intents and purposes, I’m going to run with it. The Eastern Conference won’t turn out to be the gladiator-style bloodbath that the Western Conference will—it’s going to be more of a rock fight—but that doesn’t mean that it isn’t in its own odd way entertaining, and definitely unpredictable. I’m no expert, but it’s time to put on my answer cap and investigate some of the more relevant Eastern Conference questions.

Which three teams will get the last spots in the Eastern Conference?

The way I look at it, we can pencil in Toronto, Washington, Atlanta, Chicago and Cleveland in some order, not necessarily that one, as the top five teams in the Eastern Conference and feel pretty comfortable about doing so. In fact, pending no injuries, I’m prepared to use a pen on that prediction. After that, you might as well use that same pen to write down the rest of the teams’ names and draw them out of a hat, because it’s anybody’s guess who makes it.

I actually don’t think we can cross off any Eastern Conference team from making the playoffs save for Philadelphia, and yes, that means I’m including the Zen-less New York Knicks, space-less Detroit Pistons, Paul George-less Indiana Pacers and the possibly soon to be Lance Stephenson-less Charlotte Hornets. Everybody but Philly is invited!

As of right now the front-runners behind those top five are the fun and slightly frisky Milwaukee Bucks and the Miami Heat. Miami’s playoff hopes weigh on Chris Bosh’s sore calf and gas tank—actually, more rides on Dwyane Wade’s gas tank because for all we know that sucker might be on empty, and only a couple weeks of rest here and there can fill it up; regardless, Miami needs Bosh and/or Wade to fill the role of go-to-guy on a consistent basis.

We’ll have to see how Milwaukee adapts without Rookie of the Year candidate Jabari Parker, who is out for the rest of the season with a torn ACL. The Bucks don’t really have that guy and that’s not a statement I’m making because Parker is done for the year. The Bucks have thrived thus far with a bunch of guys who might have been considered third or fourth options on winning teams before the season started, and somehow that motley crew is making it work. I think we can safely say that Milwaukee is this year’s Eastern Conference version of last year’s Phoenix Suns. Only in Milwaukee’s case, if they get to 48 wins like Phoenix did last year they might have a shot to host a playoff series in Round One.

So that leaves one spot left with possibly six or seven teams vying for it. If I were in Vegas and absolutely had to put some money down on any of the remaining teams to claim that spot I’d roll the dice with the Orlando Magic, a franchise that employs three of my favorite random players in the NBA. I’ve had a soft spot for Victor Oladipo since his Hoosier days and that hasn’t changed since he turned pro. I’ll go on record and say that Tobias Harris is probably the most underrated player in the entire league, and Nikola Vucevic is probably the best player whose name is mispronounced on a semi-regular basis. Jacque Vaughn isn’t the long term answer as head coach, but at least the Magic always play hard.

I don’t feel all that comfortable about putting trust in a young team that really hasn’t played a meaningful basketball game together. The Nets have a veteran-laden roster and a coach with Conference Finals experience, but I’m underwhelmed every time I watch them play. Could Melo and the Knicks figure it out in time to make a Playoff push? Could all of that size Detroit possesses pay off in the long run this season? Could I really feel comfortable taking a shot and picking the Celtics knowing that Rajon Rondo is going to be playing in Texas for the foreseeable future? See, I told you the Eastern Conference was wild!

If I’m taking a flyer on any Eastern Conference team I suppose I’ll do so on the Charlotte Hornets. With a ton of “buzz” going into the season, the Hornets have probably been the biggest disappointment in the league so far this season. The offense is a mess, the defense has somehow regressed, Kemba Walker is still shooting below 40 percent from the field and Lance Stephenson is M.I.A. Speaking of which …

Can Charlotte really give up on Lance Stephenson so early?

Well, it looks like they’re trying to if that counts for anything. I for one am really surprised that the Stephenson/Hornets partnership hasn’t worked out. I thought, perhaps foolishly, that the Michael Jordan influence over Lance Stephenson would mean something. I thought, this time maybe not-so-foolishly, Lance Stephenson would turn out to be a major upgrade over Gerald Henderson. I thought that Lance was actually an All-NBA candidate. Yeah, seriously, I considered him for a third team spot. Clearly, I’m as crazy as Lance is.

Of all of the trade rumors that are floating around out there—and there are a pretty good amount of them—I think I like Lance to Miami the best, just for the comedy of it. Lance didn’t exactly revere himself to Heat fans over the past few seasons, but that will be ancient history if he puts up a Heat uniform. The choke sign to LeBron? Oh, well, LeBron is gone now, so what? All the mean-mugging and trash talk with Wade? They were just in the heat of the moment! The slap to the face of Norris Cole? You know what, on second thought, it really does look like he was going for the ball! Blowing in LeBron’s ear? LeBron is gone, remember!?

Lance to the Clippers could be fun, but I worry that it would result in a fight to the death between him and Chris Paul, and I don’t really want either of them out of my life. Lance to Brooklyn bores me, though a revitalized Lance playing near home could be exactly what the doctor ordered. And Lance returning to Indiana is only interesting in a year when Paul George returns.

Is the Eastern Conference actually as wide open as it appears to be?

There isn’t a clear cut favorite to win the conference at the moment, so thus we can probably call it wide open. Like I said before, Toronto, Washington, Cleveland, Chicago or Atlanta are going to finish one through five in some order, but the order nor the end result can be foreseen at this moment.

Though it seems unlikely, the Toronto, Washington and Atlanta trio probably needs to be taken seriously. They aren’t the biggest of markets and the rosters certainly don’t boast the big name superstars, but there is something to be said of the fact that after a quarter of the season, these are the three teams at the top of the standings in the Eastern Conference. Small sample size? Sure. A big enough sample size to at the very least make you wonder just a little whether the pre-season favorites, Chicago and Cleveland, are really as far ahead of the rest of the field as they were made out to be a month and a half ago. That is, if they’re ahead of them at all. Then again …

Are we really on pace to see a San Antonio/Toronto NBA Finals? Does Golden State/Atlanta look like a legitimate possibility? Doesn’t it feel like the Bulls or Cavaliers find their footing somewhere along the line and get on the right track eventually? And trust me; even though I have my favorite players and teams that I’d like to see in the NBA Finals, I’m not necessarily rooting against Toronto, Washington, Atlanta or anyone else to get to there. As far as I’m concerned, under the current NBA Playoff structure (which I’m not at all opposed to tinkering with) even if you’re in the weaker of the two conferences, if you win three straight postseason rounds you deserve to make the Finals. I’m just saying that it’s tough to imagine it being a team that isn’t Chicago or Cleveland.

Chicago’s offense is miles better than it has been over the last three years, but the defense has slipped compared to that same sample size. I’m reserving the right to make a comment that is too committal when it comes to a long term prognostication about the Bulls because it doesn’t seem like a totally healthy Bulls team has strung together six games in a row of playing with each other, and that’s not enough of a body of work for me to evaluate. There’s a lot that I enjoy about Cleveland that I will comment on. In fact, the Cavaliers deserve their own question.

Will Cleveland figure it out?

Yes they will. It’s early friends, and for all of the talk of the Cavaliers being an early disappointment, they’re only five games back from the top of the Eastern Conference. You know how quickly that can be made up?

This answer is based first and foremost on the talent they have at the top of their roster, and second, it’s based on the glimpses of stellar basketball they’ve put forth so far. Granted, there have been some rough games where minimal attention to detail was paid, little defense was played, and the ball stuck in guys hands for way too long … and there are definitely going to be more games like that. There is a learning curve though, and eventually LeBron James, Kyrie Irving and Kevin love will all adjust to it and the Cavaliers look good more often than not. And when that day comes, the conversation about the Eastern Conference being wide open will change.