Podcasts should be a weekly part of your internet diet. The auditory medium comes packaged in a variety of lengths, topics, and personalities. There’s a podcast out there for everyone but finding the shows that fit your taste can be a daunting task. This is a small sampler of my favorites from last week.

Aisha Tyler is a jack of all trades: a co-host of The Talk, host of Whose Line Is It Anyway, stand-up comedian, voice actress for many animated characters we love (including as Lana Kane in Archer), and host for her podcast, Girl on Guy.

The podcast features all sorts of people in Hollywood, film, video games, comedy, and a vast array of other topics. She begins each interview by asking about the guest’s background, ends with an embarrassing “self-inflicted wound” story, and the stuff in-between, well, let’s just say everyone opens up to Aisha. This episode with Kristen Johnston was no different. 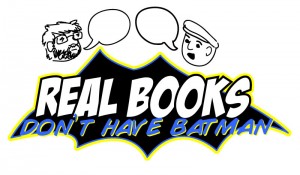 This weekly podcast is hosted by DC fanboys who love some Batman books. The duo reviews comic books that are released each Wednesday (not just DC books) and end the podcast with a Batman book. Duran and Vasquez are really, really goofy so get ready for a load of laughs. RBDHB is a good way for people to keep abreast of what’s going on in comics if you can’t buy every book you want to purchase each week (the struggle is real).

Also, I recommend reviewing their archive which features coverage of Batman’s most important stories.

His and Hers – Greatest Player Around

What begins as an ode to Lou Williams and his great game off the court somehow steers into Jemele Hill’s #BaeTour2014. What does that mean? You have to listen to find out.

Jemele Hill and Michael Smith also host a show of the same name on ESPN2, weekdays at 12:00 PM ET.