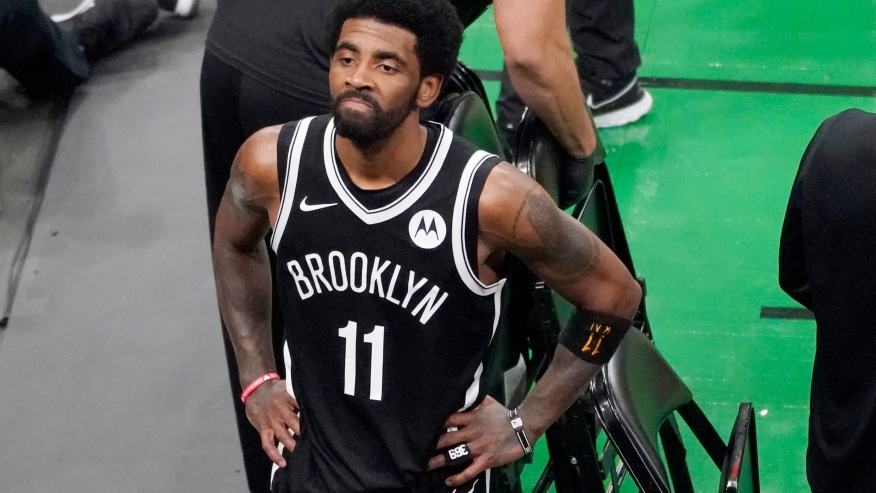 On this episode of the HoopDimes Podcast, Frankie Buckets and DV, speak on Kyrie Irving and Ben Simmons respective situations coming back around in the sports news cycle as the Brooklyn Nets drew a line in the sand for Irving, and Simmons actually reported to Philadelphia 76ers camp. What the…?

The Nets, rightly so, considering this is a team game, said they didn’t want a half-participant on the team and shut down any hopes of Kai playing half the games of the season, expecting anyone that is in for the championship run must be all in. Sean Marks just laid down the hammer.

The Sixers/Simmons reunion didn’t seem like it’d happen, and it still doesn’t seem like it’ll remain as such. The team is still trying to trade Simmons, and it seems that he didn’t want to lose anymore money. Who’s waiting to see Simmons and Embiid on the court together because, surely, they don’t want to be!