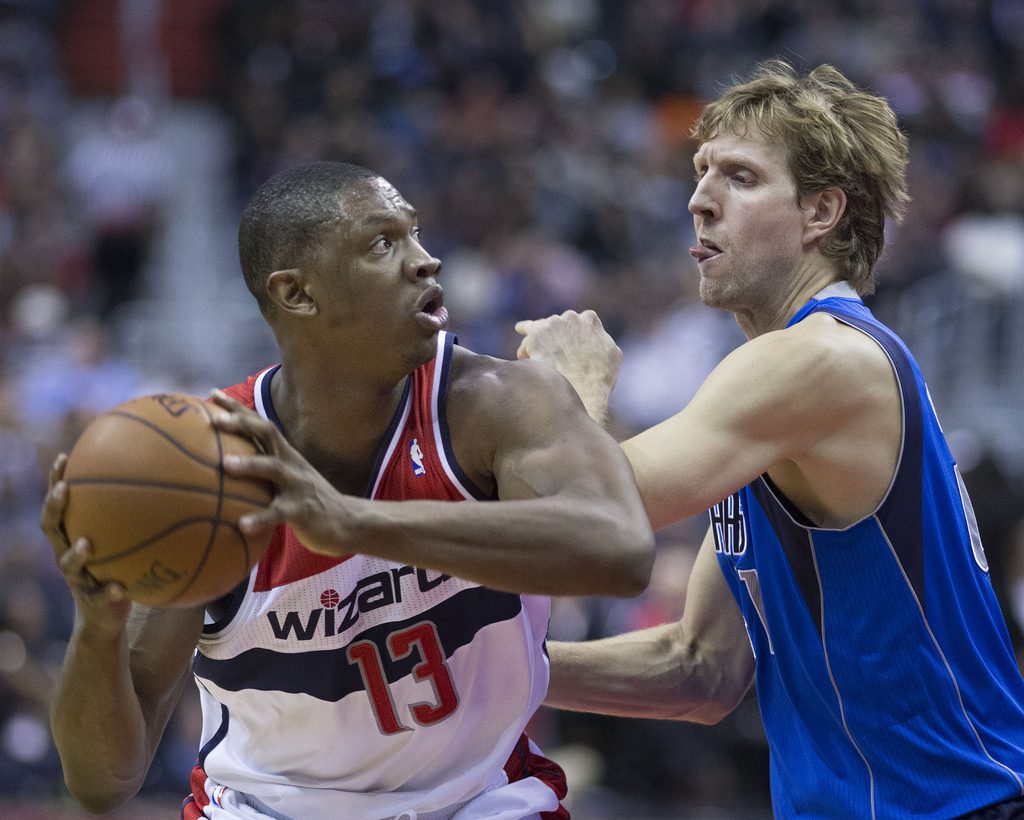 These days, the Dallas Mavericks have every reason on earth to be smiling, even though most NBA teams may find them recondite in a way, that’s perfectly fine – it’s how they want to come off. The cheerful readiness of the Mavericks’ locker room was composed of a generous amount of snickers and playful jabs at those occupying the space, something that has been missing since the franchise was sent reeling (in the best way possible) with the addition of Rajon Rondo and Dwight Powell after a highly pivotal trade took place in order to bring them from the Boston Celtics in exchange for starter Jameer Nelson and coveted bench players Brandan Wright and Jae Crowder. The tension in the locker room was unusually withered during those first couple weeks after the trade as the players all got to know each other, both on and off the court. But this night was different. This night was irenic. This night was, well, just plain fun.

After routing the very tired looking Washington Wizards 114-87, Monta Ellis, the efficacious starter who had suffered a slight ankle injury during the Mavs-Thunder game a couple nights prior to the blowout, was casually bantering with a journalist about his Dallas Cowboys and his thoughts on how they’ll do during a stretch of the post season: “We’re bringing the trophy back to Dallas. You heard me.”

If one had just entered the conversation at that moment, they might have been confused on which team he was referencing, considering the fact that his own Mavericks just managed to bitch-slap the lethargic Wizards on the tail end of a back-to-back. Mavs coach Rick Carlisle’s starting lineup was back to normal Tuesday night now that Tyson Chandler had returned after missing the Oklahoma City Thunder match-up due to back spasms and void of any “small ball” action that delightfully shook up the league earlier in the week.

Even though the Wizards kept it tight during the first quarter due to the Mavericks missing a great deal of shots at the rim, Dallas pulled out of the first 12 ticks leading 27-24 thanks to Charlie Villanueva coming off the bench with seven points. During the second, the bench managed to boost the lead to 47-35 with 5:30 remaining in the half. “The bench was real solid,” Carlisle said to the press following the win. “RJ [Richard Jefferson] gave us a burst of scoring when he came in, [Greg] Smith was solid, he can burn out some plays around the basket, made free throws.” Despite the bench being on fire, Carlisle didn’t believe that was the key to the staggering win.

“I thought the key to the game was Ellis’ defense on [Bradley] Beal. Beal is a dynamic scorer and one of the real keys to their team and Monta really took the challenge from the beginning and he was 1-for-7 in the first half which was the real reason why we had the lead.”

Their 5-of-5 shooting from the three-point range along with them shooting 58.5 percent from the field was another reason why they were able to close the half successfully leading 63-45. “We knew they were a good team, one of the better teams in the Eastern Conference and coming off of a back-to-back so it was pretty good timing for us.,” Mavs starter Chandler Parsons said after the game. “We wanted to get out early and make them run and get out in transition and the more we boxed out and the more we got rebounds and we were able to do that in fast break, it would be better for us.”

The Mavericks only extended their lead coming out of the locker room during the second half due to their defense, not to mention the fact that the Wizards lost Nene due to a sprained left ankle. By the end of the game, Ellis had tacked on 20 points for the Mavericks, followed by Villanueva and Parsons’ 14 while their defense kept any of the Wizards starters, including John Wall and Paul Pierce, from scoring over 11 points. The entire Mavericks team put up points on the board during the game (sans Ricky Ledo, who was inactive), including new comer Powell, who laid down an impressive dunk with a few minutes remaining on the clock, and Raymond Felton who put up his first points of the season.

The Mavericks travel to Boston to face the Celtics on Friday and reunite with Nelson, Wright, and Crowder, only to face them as rivals.