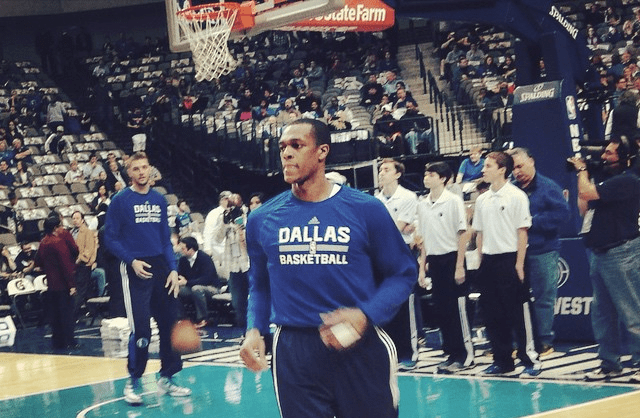 Wearing a nonchalant expression while donning the foreign color of royal blue on his nimble frame, Rajon Rondo stepped onto the flaxen hardwood floor of a court that used to be so familiar to him, that very same floor that helped elevate the point guard to NBA stardom. No one was positive on how those who swam in the currents of Boston Celtic pride would handle Rondo returning to compete against the very team that molded him into the captivating player he turned into, the desperately strong winner he became. The point guard unwillingly made headlines last month when he was traded away from his home of eight seasons to the Dallas Mavericks in return for three players (Jameer Nelson, Jae Crowder, and Brandan Wright) and two draft picks, so everyone expected his arrival would create emotional shockwaves throughout the TD Garden.

But no one expected this.

Wearing those colors that seemed to confuse Celtic fans, Rondo emerged with the rest of his new starting lineup composed of Tyson Chandler, Chandler Parsons, Monta Ellis, and the Big German himself, Dirk Nowitzki. After opening up the game with a steal, Rondo put up the first points on the board for Dallas and didn’t bother to slow down. Rondo had averaged 8.3 points per game in this first 22 games this season for Boston, but within the first few minutes of Friday night’s battle, he had already put up 10 points and stunned his former home team into silence. He was 6-of-6 from the floor and closed the first with 15 points, including nailing a three-pointer with .4 left on the clock.

The Celtics paid tribute to Rondo after the first quarter in an emotional display, which some believed would affect him in a negative way on his new end of the court. Needless to say, they had nothing to worry about. Rondo would go on to steal the game and seal his fate in this new era in Dallas after putting up a season-high 29 points (including five three-pointers) and six rebounds in order to lift the Mavericks over the Celtics 119-101. Ellis finished behind him with 22 points of his own.

What flew under the radar during this vertiginous game were the emotions that Maverick fans felt when seeing former favorites Wright and Crowder take to the court (Nelson? Well, we barely got to know you dude, but wish you all the luck in the world). Upon the relocation, Crowder has been thriving in his new home, while Wright is still struggling to find his place after seeing his minutes shrivel down. The man known as “the helicopter” in Dallas was averaging 7.9 points per game this season and is now lucky to get even six points on the board due to his minutes being sliced in half. Maybe it’s the rumors that Wright will be traded away before the trade deadline for someone just as valuable? Maybe it’s a comfort thing? Either or, it’s “sucky” for the city of Dallas, who cringed when Wright emerged wearing an unfamiliar jade hue. 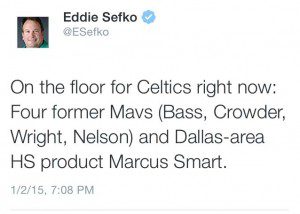 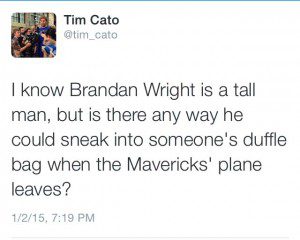 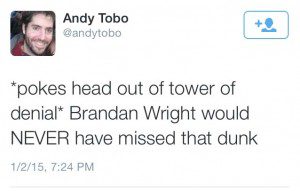 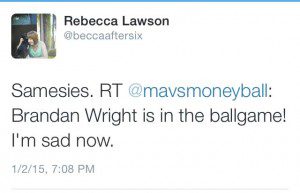 The Mavericks continue their road trip and face a LeBron James-less Cleveland Cavaliers on Sunday night.