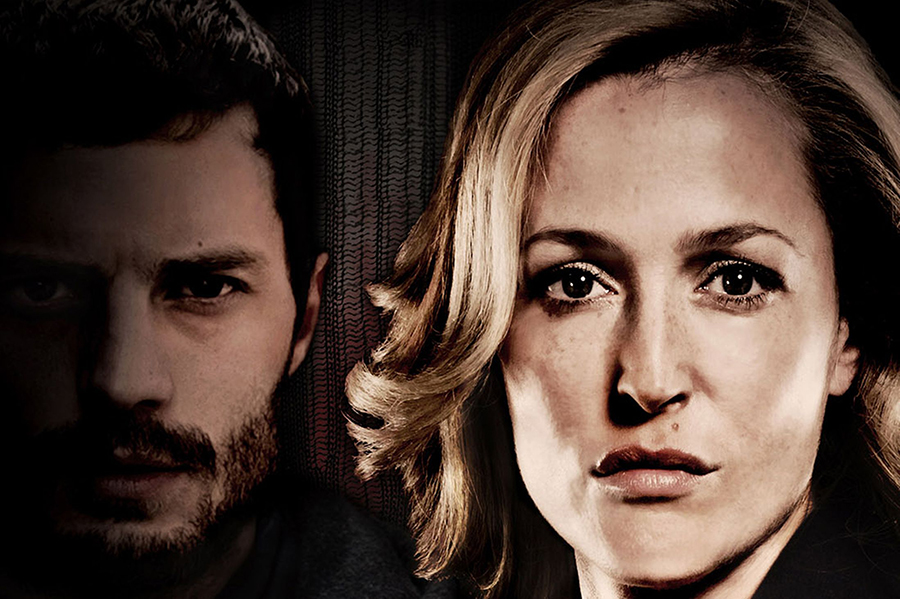 The Fall is an 11-episode crime drama that showcases its two leads in exceptional form. Gillian Anderson, a star of the classic series, The X-Files, plays a senior police officer in pursuit of Jamie Dornan, the rising actor making headlines for his upcoming role in Fifty Shades of Grey, who plays an elusive serial killer. Based in Northern Ireland and featured on the country’s RTE network, the highly praised series has also been featured on BBC Two in the United Kingdom. Luckily for American audiences, The Fall is now available on Netflix. Here are a few reasons to give the hauntingly effective series a binge-watch.

Jamie Dornan excels in Paul Spector’s serial killer role
Dornan encompasses Spector in a completely engrossing manner. The prototypical serial killer in television predominantly offers a creepy, depraved vibe. Spector’s depravity is carefully hidden in The Fall. Rather than appear outwardly evil, Spector lives a double life of meticulous precision. A bereavement counselor and family man by day, a sadistic murderer of young, brunette women by night. In Peter Vronsky’s groundbreaking book, Serial Killers: The Method and Madness of Monsters, a central theme is how easily serial killers blend in and appear normal. Dornan blends in as Spector, but the audience receives plenty of glimpses into his tormented childhood and extreme trauma.

Gillian Anderson is equally impressive as Stella Gibson
Anderson shines as Gibson, a no-nonsense police worker committed to hunting down Spector. With secondary characters lacking tremendous development in The Fall, it’s particularly important that Gibson is able to shoulder the workload of the police force. The Fall also avoids the tedious stereotype of male-only detectives and investigators in cop shows. Anderson developed a loyal following after the lengthy run of success during The X-Files days. In this series, she’s given a deserved platform to showcase what originally put her on the map. Armed with a calm demeanor and icy focus, Anderson gives Gibson the power to connect with viewers in her cat-and-mouse game against the crafty Spector.

The show values psychological horror over violent sensationalism
For a show about a serial killer preying on women in an animalistic fashion, The Fall doesn’t actually display a heavy amount of violence. It’s chosen in spots by creator Allan Cubitt. The Fall‘s decision to rely on the residual, psychologically penetrating component of evil gives it an edge over shows of a similar genre that opt for bloodthirsty chaos. Spector’s reasons for killing are haunting. Gibson’s fixation on catching him is inspiring. These facets lift the series to a climactic level.

The result of all of these elements? You’ll see when the binge-watch is completed. Just don’t count on car chases or explosions. Instead, prepare to be blown away by the subtle nature of those dark figures, those creepy things, that go bump in the night.