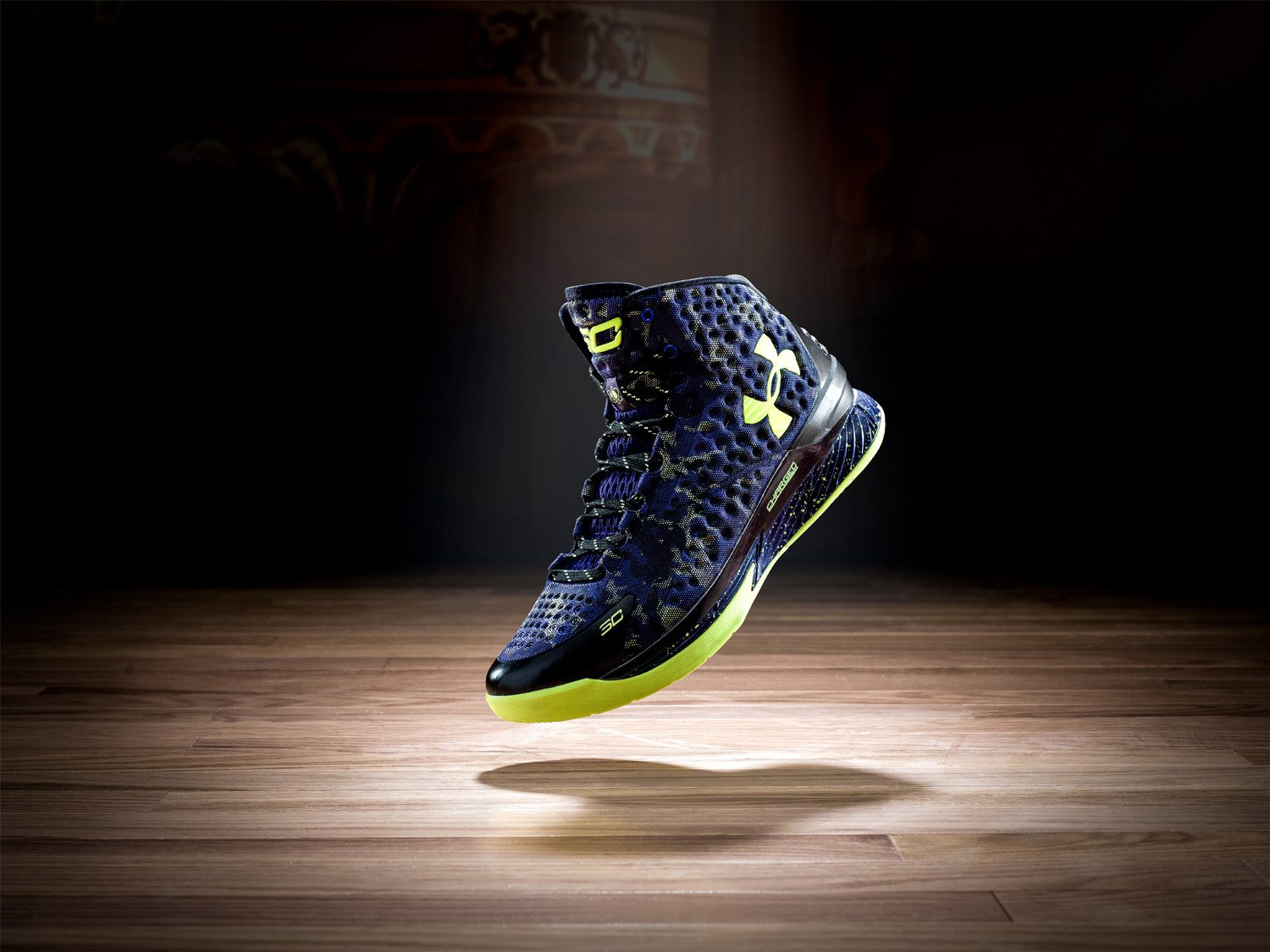 See this beautiful debut of the Under Armour Curry One “Dark Matter” and enjoy. This is one of the most promising signature shoes in basketball to be seen in the 2014-2015 season and builds on the highly-rated Under Armour ClutchFit Drive (as seen previously at Baller Mind Frame). And apparently, Curry is a bit of a Prince fan! (Read below — and thanks to Under Armour.)

Each February, the game’s biggest and brightest names can be seen playing in the league’s grandest showcase, the NBA All-Star Game. Not only will Stephen Curry be starting in his second straight All-Star Game next month, he led all 450 players in fan votes, as he continues to elevate both his team and his game.

As Stephen takes the floor for the 64th annual All-Star Game in New York City on February 15th, he’ll be debuting the “Dark Matter” Curry One, signifying both the internal belief that continues to charge his journey, as well as the energy and explosiveness of his game.

Dark Matter is believed to make up roughly 80% of the universe, but is comprised of materials that scientists cannot directly see or observe. Similarly, much of what drives Stephen cannot be seen by the naked eye, including his determined belief in himself, the unwavering support of his family behind the scenes, and the endless hours he’s committed in the gym when no one is watching to reach the ultimate height of his sport.

A custom atom-inspired woven label can be found accenting the shoe’s tongue, highlighting the responsive energy found within the shoe, and the energy surrounding Dark Matter within the universe. Featuring Charged Cushioning underfoot for explosive responsiveness and an Anafoam upper for zonal support and comfort, the Curry One provides Stephen with the cushioning, support and lockdown that his game demands.

The “Dark Matter” Curry One, blending the deceptive nature of Stephen’s game in a Purple Rain camo upper with explosive accents of X-Ray throughout, will be available in limited quantities on Friday, February 13th in New York and online at UA.com, Eastbay and Foot Locker. 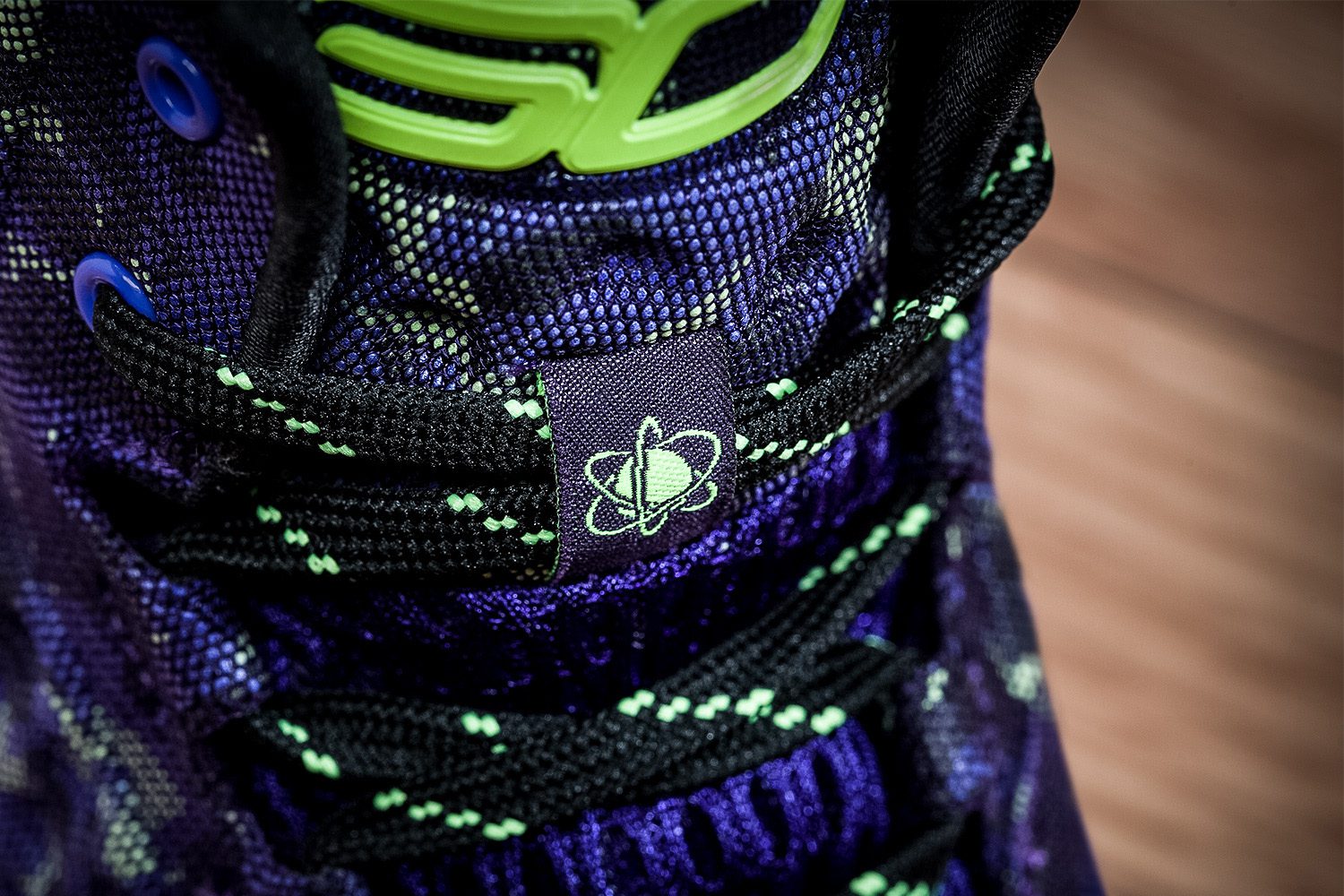 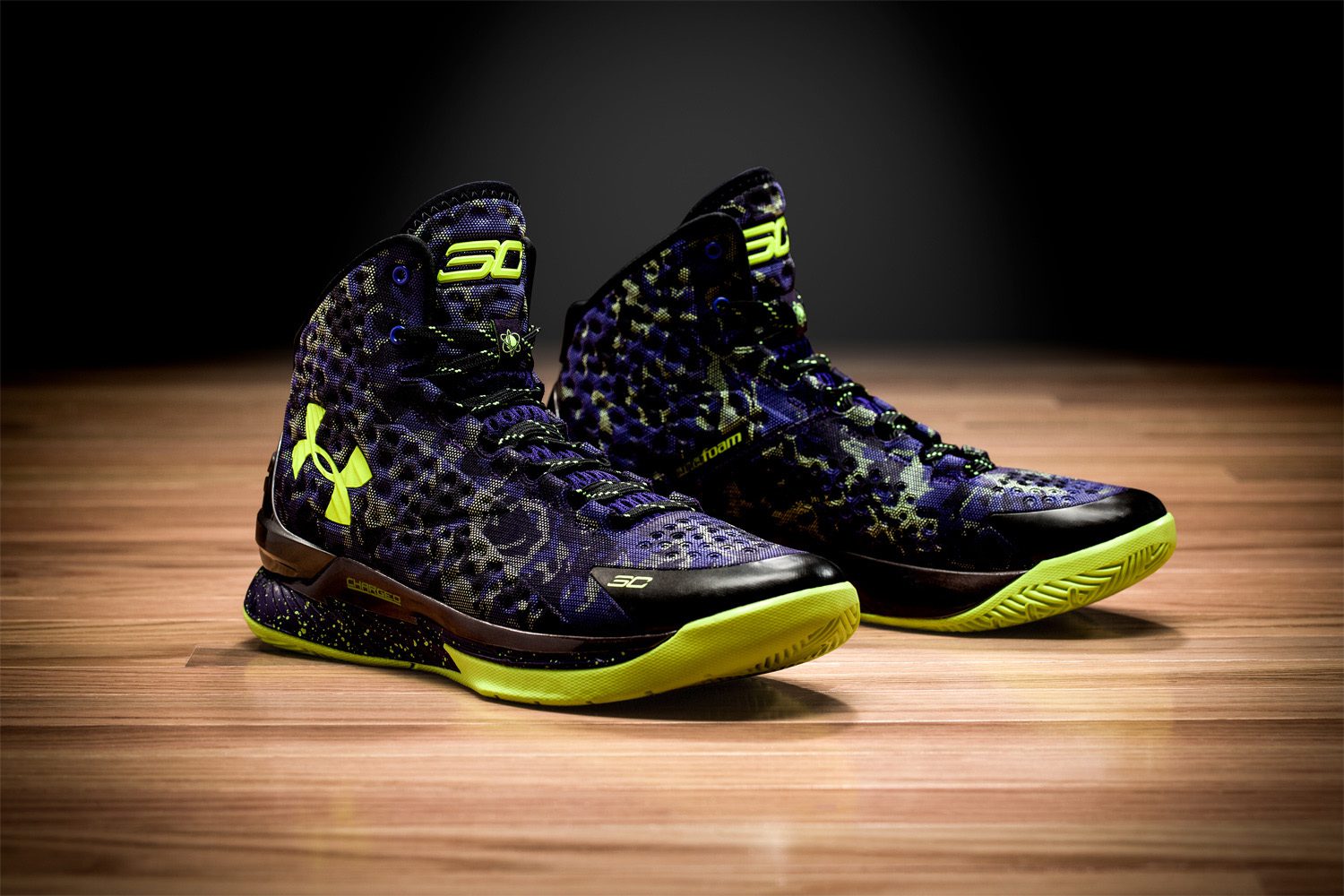