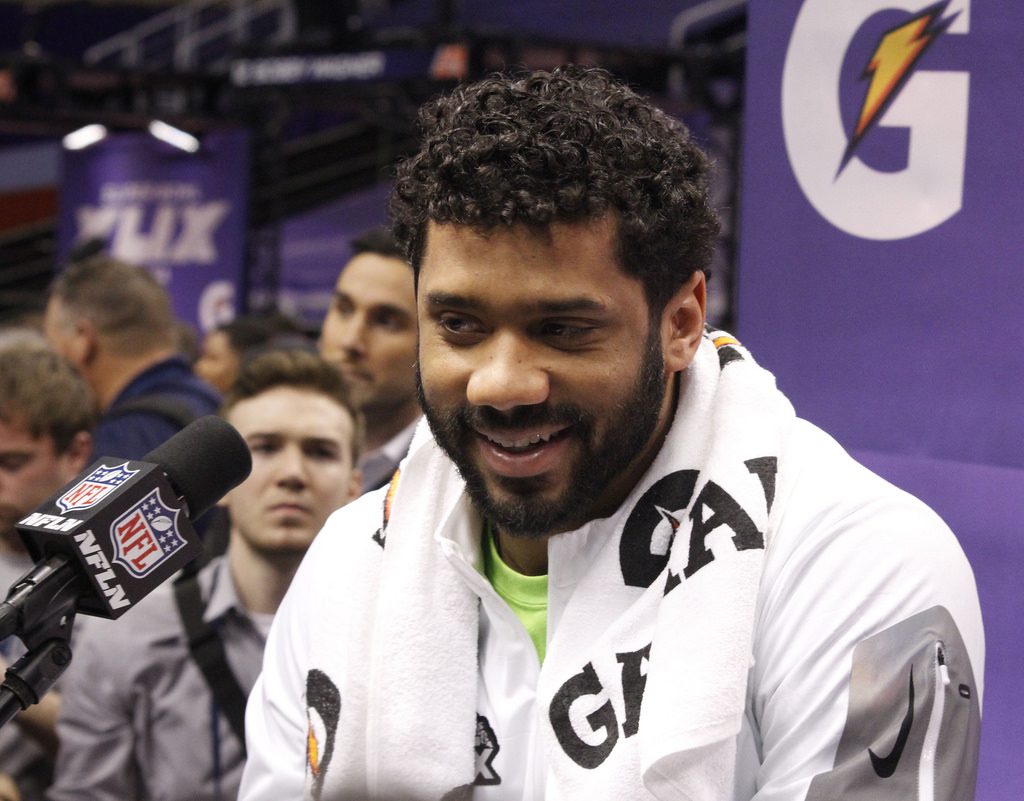 For the last (almost) two weeks, I’ve been pondering the answer to a question that I hoped would be the big talking point of my Super Bowl preview. I racked my brain for far too long and even did some research to make sure all my thoughts were clear before I decided on an answer. In the end, I decided the answer was yes.

Oh snap, I didn’t even tell you guys the question, did I? My bad! I got a little ahead of myself. It’s two days until the Super Bowl, can you blame me for being giddy?

Could Super Bowl XLIX turn out to be the most important Super Bowl in recent NFL history?

And by recent NFL history, I mean from 2000 on. Why 2000? Well, Super Bowl XXXIV—that’s 34 for all you non-Romans out there—was played in 2000, and that’s the first Super Bowl that I can fully remember watching from start to finish. I remember bits and pieces of Super Bowl XXX and XXXII (those were Dallas/Pittsburgh and Green Bay/Denver, respectively), but I remember all of XXXIV; from the build-up of the game to the game itself. I even remember the awesome game of living room football my dad and I had at halftime that ended with me diving over him for the game-winning touchdown.

Had Tennessee Titans wide receiver Kevin Dyson crossed the goal line like I did earlier in the evening, Super Bowl XXXIV heads into overtime and becomes the first and only Super Bowl not to finish in regulation. And if that’s the case, we probably are talking about Super Bowl XXXIV as one of the most memorable and most important in NFL history.

Now here’s the thing: Super Bowl XXXIV is one of the most memorable in league history, but memorable is a completely different discussion than important. Memorable would focus solely on the entertainment value of said game. For example: Super Bowl XXXVIII (New England/Carolina) is certainly one of the most memorable games—and not just because of a certain wardrobe malfunction during the halftime show—but can we really call it one of the most important? Well, I guess because Janet Jackson damn near showed roughly 90 million people her boob we can call this important, but not for the reasons I’m talking about in this particular column.

Same goes for Super Bowl XXXIV. Memorable? Yes. Most important? It misses being considered for that distinction by one yard. And that’s okay. Not every Super Bowl can be a groundbreaking event. A Super Bowl’s legacy will be that it was forgettable, memorable, or important. And what happens on the field isn’t the lone determining factor in how the game will be considered later on down the line.

There are a number of variables that go into this, and the result of the game is certainly one. Did the game exceed expectations? How good were the two teams playing? Were there so many interesting narratives coming into the game that you could listen to the pregame coverage for two weeks straight and never get bored of it? How important were those narratives in the short term, and more importantly, the long term? Will you always remember where you were and who you watched that game with?

If the game lacked in most of those categories, it’s not going to be memorable. If it hits most of them, we can call it memorable. If it hit all of them, now we’re talking about a truly important Super Bowl. Because there are indeed a number of factors, and because my memory would betray me if I went beyond the year 2000, I could only give my input from 2000 on. So here’s what I would chalk up each Super Bowl from that point going forward as:

A few of these are toss-ups, and again, it’s largely a matter of opinion where a game falls. Should Super Bowls XXXVII and XLVIII be considered forgettable because they were blowouts? Is Super Bowl XLI only memorable for me because my favorite team was in the game? Should Super Bowl XXXIX be classified as an important Super Bowl because it was New England’s second title in a row?

Any way you cut it, we’re picking nits and there probably isn’t a correct answer. “Memorable” is a totally opinionated statement to make. It could even imply outside circumstances are in play. Any Super Bowl with the distinction of “important” would be nearly universally agreed upon. And if that is the case, the only thing we can definitely agree on is that Super Bowl XLII is arguably the most important Super Bowl of all time, even if their Week 17 matchup was a more entertaining game. Just consider:

The New England Patriots were one win away from finishing 19-0 and solidifying themselves as the best team in NFL history. It would’ve been the fourth Super Bowl victory in a seven-year span, a feat accomplished by the 1970s Pittsburgh Steelers and nobody else. Had the Patriots been victorious, Tom Brady would have had the greatest season by any professional athlete ever, and he would have capped it off by defeating his biggest rival’s younger brother.

On the other side, the New York Giants pushed the Patriots to their limit in a Week 17 game that was essentially meaningless for New York. The Giants won three straight road playoff games, including the Conference Championship at Lambeau Field, in overtime, in Brett Favre‘s last game as a Packer. The Giants came into the Super Bowl as 12-point underdogs, the third biggest margin in the game’s history.

That’s all of the pregame stuff. We haven’t even gotten to the game itself yet. Sure, it was a rock fight for the most part, but the fourth quarter drama was the stuff of legends. From Eli Manning escaping pressure and David Tyree making the Helmet Catch, to Plaxico Burress catching the go-ahead touchdown with 35 seconds left, to Tom Brady throwing back-to-back bombs to Randy Moss on the final two offensive plays of the Patriots season … for the last 10 minutes, you were on the edge of your seat holding your breath, knowing you were about to see a perfect season completed, or arguably the biggest upset in Super Bowl history.

Considering how much was on the line, all the narratives leading in, and the game itself delivering in the fourth quarter, Super Bowl XLII is on the short list of the most important Super Bowls ever. Going back beyond my years of remembering/living, it’s right up there with Super Bowl I (the first), Super Bowl III (Namath’s guarantee/the AFL’s first win/the biggest upset in Super Bowl history), Super Bowl VII (Miami’s perfect season), Super Bowl XIV (Pittsburgh’s fourth, and second back-to-back), Super Bowl XXIV (San Francisco’s fourth), and Super Bowl XXXII (Elway’s first Super Bowl win/the AFC’s first victory since 1984). And in all likelihood, this year’s game will be too.

Again, the game will need to deliver for it to hold up as one of the most important, but the steady flow of narratives make this one of the most captivating Super Bowls in quite some time. It almost feels like we can automatically toss it into the most memorable category even though the game hasn’t been played yet. The big narratives are obvious, and I’m not talking about #deflategate, which happens to be the biggest threat to submarining this game. Those big narratives are:

Seattle is going for a repeat (they’d be the first team since New England in 2004 and 2005 to do so) … New England is going for the fourth title in the Tom Brady/Bill Belichick era … Brady is playing for G.O.A.T. status, as is Seattle’s defense, and Belichick is coaching for that same distinction … Seattle is trying to change the mindset that the phrase “Defense wins championships” is a thing of the past … New England is on the verge of becoming the longest dynasty in NFL history.

Those are the big ones. Then there’s: Belichick replaced Pete Carroll as head coach of New England way back when and Carroll is going for redemption (or something like that) … Marshawn Lynch has become one of the most talked-about Super Bowl figures in quite some time by not saying anything of relevance … Both of these teams have dealt with allegations of bending the rules and pushing the boundaries, yet they are here and that indicates to me that they are just ahead of the curve, not necessarily cheaters … Is Seattle going to be the next NFC team to suffer an absolutely devastating postseason loss (just think about it: Detroit, then Dallas, then Green Bay; this is a legitimate trend)?

And then there is all of the matchup questions: Will Brady have more success against the Legion of Boom than Peyton Manning did last year? Can Seattle find a way to contain Gronk? Who has a bigger impact, Darrelle Revis or Richard Sherman? Can Seattle muster enough offense to win the game?

Like I said, there is a lot to work with here and if the game goes down to the wire then it makes the cut as a truly important Super Bowl. One more thing that is riding on this game is my perfect postseason prediction record, which stands at 10-0 right now. I wish this felt like as much of a slam dunk as last year’s Super Bowl did—I openly talked about how it felt like there was some blowout potential in Seattle’s favor, but had no balls and decided to pick the Seahawks to win by a touchdown. This one will be closer. This one will be a classic. I’m almost sure of it. And if not, then there’s always next year. Thanks for reading, everyone.