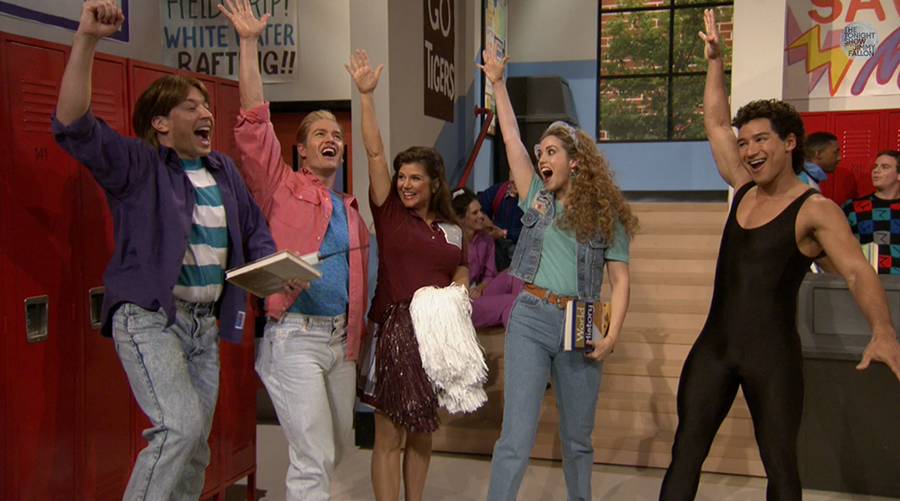 If you’re as old as I am, every Saturday morning was spent watching Saved By The Bell. And while you told your friends that you were really just digging on Lisa Turtle (although that admiration has totally done a 180, especially after watching the greatest move of all time, Show Girls), deep down inside, you really were a fan of everyone – Lisa, Zack Morris, Kelly Kapowski, Jessie Spano, and Albert Clifford (A.C) Slater. Yes, you really didn’t care as much for Screech, but come on, let’s keep it real. He was the Jar Jar Binks of the show. Stupid Jar Jar Binks!

Anyway, the much-beloved show that began in 1989 and ended four seasons later (specifically, the first iteration/cast… the only one that matters), has always been in the heart of pop culture with some classic episodes. Who can ever forget Jessie’s need for speed and getting so excited about it! SO excited! That all said, each character was memorable in their own way because to some degree we could all relate to at least one of them – the jock, the weirdo, the hot chick, the slick mofo that could stop time and break the fourth wall. Yeah, we could all identify with someone.

Some time ago, Jimmy Fallon, host of The Tonight Show, had this crazy idea of reuniting the cast – Mark-Paul Gosselaar, Tiffani Theissen (who is just doing a sh*t ton of stuff all the time), Mario Lopez, Elizabeth Berkley, Jason Voorhees… err, I mean, Lark Voohries, and Dustin Diamond. However, it just wasn’t happening… until last night!