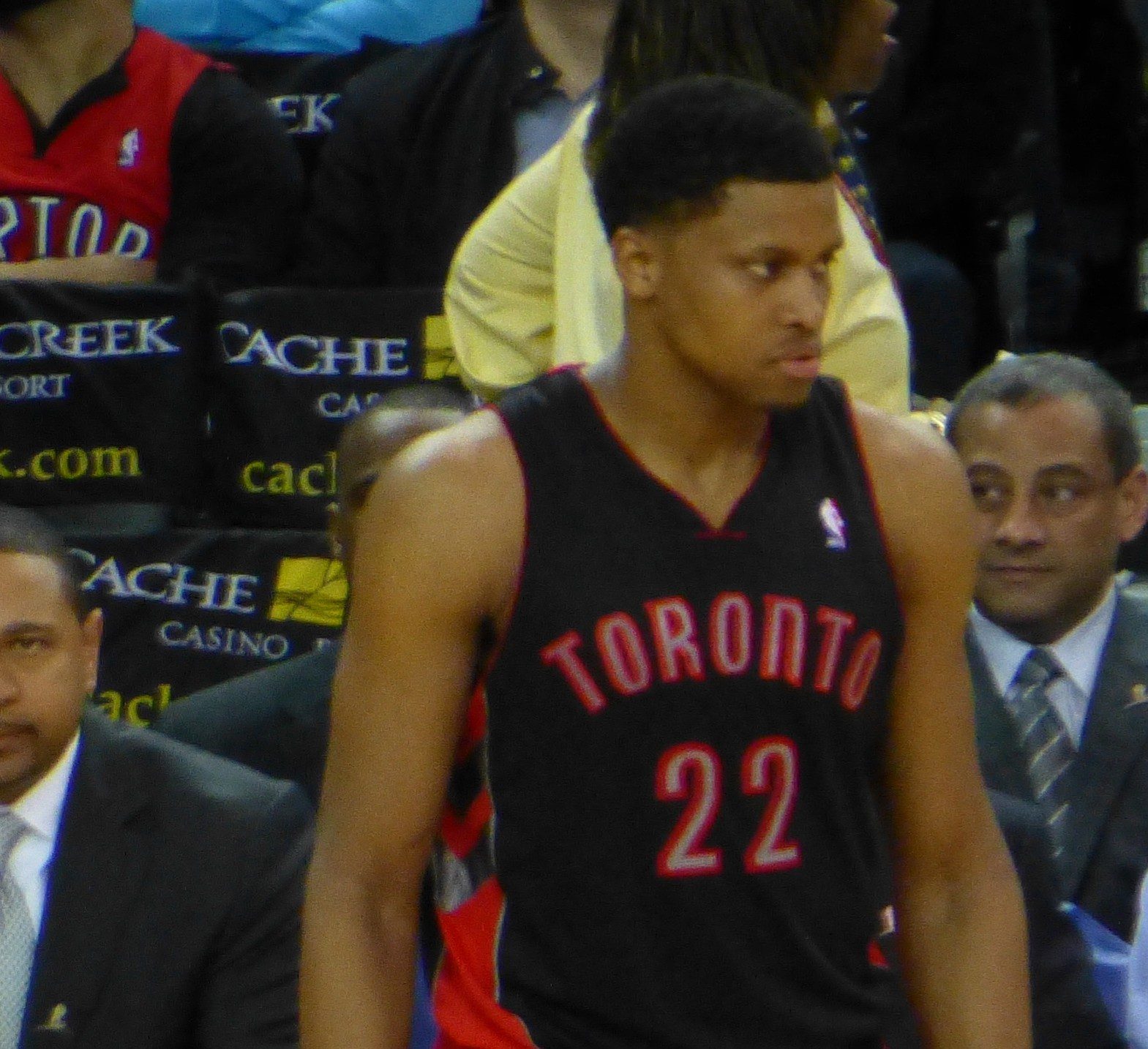 When the Toronto Raptors acquired Rudy Gay from the Memphis Grizzlies, there was a consensus in Toronto that this was the missing piece since Gay was considered by many to be a top-five talent at the small forward position. Toronto already sported the fantastic backcourt duo of DeMar DeRozan and Kyle Lowry, and this was the additional scoring punch the team needed to not only make it to the playoffs, but to go deep. The idea was that the Toronto Small Three were supposed to compete with the Miami Heat’s Big Three.

It all began as advertised. Gay began his first three games scoring a combined 74 points for the Dinos, setting a franchise record. Sadly, at the end of the 2012-13 season, the Raptors finished a disappointing 34–48, missing the playoffs. By the midway point of the 2013-14 season, the Raptors were mired in the middle of the pack in a lackluster Eastern Conference. Team general manager Masai Ujiri (great name to use in Scrabble) decided that the team needed to bottom out and would build through the draft. Kyle Lowry was in the last year of his contract, the Raptors didn’t think they could re-sign him, and draft picks were the only way to go.

In an effort to accelerate this process, and dump some considerable salary along the way, (not even a full calendar year after his arrival in Toronto) Gay was traded to the Sacramento Kings. The Raptors received Greivis Vasquez, John Salmons, Chuck Hayes and Patrick Patterson. The Kings received, along with Gay, Aaron Gray and Quincy Acy.

No one in either market saw this for anything more than what the trade was supposed to be. The small market Raptors were trying to dump salary, and the Kings were in desperate need of some support for DeMarcus Cousins. So how on earth did it work that the Raptors went on to make the playoffs handily and push the veteran Brooklyn Nets to a seven-game series? No, seriously, I’m asking?

The Raptors got better without an NBA All-Star? This goes against all forms of logic. They struggled when DeMar went down earlier this year, so what made Gay’s departure so different? Actually, sorry, scratch that! What made Gay’s absence a blessing for the team? I can only come up with one answer, and that is chemistry.

When Gay played in Toronto, and anywhere I’ve seen him play, he is a selfish player. He looks for his opportunities first and the pass second. That isn’t good or bad, it just is. Kobe Bryant is the same way. When you work an offense around such a player, assuming this player can make more than he misses, you can win with it. The Raptors employ a team game, and the fit didn’t seem right. While the Kings have been sliding of late, Gay is still putting up good numbers. The Raptors as a collective are doing much better. They somehow managed to re-sign Lowry, Patterson is playing fantastic in his limited role, and the team is playing as a unit.

Please don’t get me wrong here, Gay is a heck of a player and the Raptors appeared to be a formidable team. This isn’t so much a case of someone being a bad teammate, a coach not being able to manage a player or an ego, or anything other than a bad fit. To put it simply, Rudy Gay was not the last piece of Toronto’s championship puzzle – he didn’t even belong in the box with the rest of the pieces.