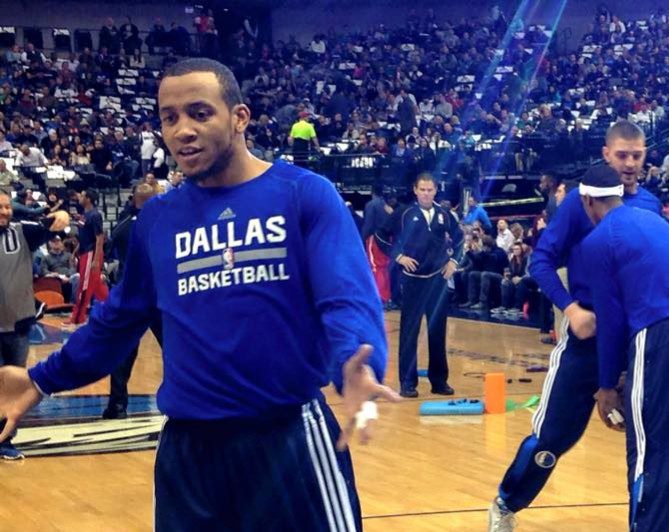 The Dallas Mavericks didn’t need Rajon Rondo or Dirk Nowitzki to absolutely dismantle the Sacramento Kings, who are playing their worst basketball of the season.

Sacramento was held to just 36.7 percent shooting on the night, as offensive production came only from too-little-too-late surge of scoring from DeMarcus Cousins.

Dallas brought help onto Cousins from Ben McLemore and Nik Stauskas, who shot a combined 2-for-13 from beyond the arch. There was no space for the offense to operate, as most possessions ended in a forced shot or turnover.

“They missed a lot. I don’t think we can take all the credit, they had an off shooting night which helped us. We just felt that if we were persistent enough we could find a way. Their difficultly with shot-making helped,” said Rick Carlisle.

Much of the Mavericks’ defensive prowess was a result of Tyson Chandler‘s efforts; He altered every shot that the Kings took inside the paint.

No shooting and no inside scoring was Sacramento’s downfall. 78 points in a game is indicative of a broken offense.

Rudy Gay was a large contributor to the Kings’ horrendous offensive night, as he went 2-for-13 from the field for just 11 points. He drove the ball without purpose, he shot contested three-pointers, and called screen after screen to get himself mid-range jumpers.

The Mavericks’ offense did what it does. Monta Ellis utilized Chandler screens and freed himself on almost every possession. He took open looks from long range, and attacked the basket with little interior resistance.

Harris and Jefferson nearly outscored the entire Kings’ bench, which combined for just 30. Bench production continues to be a major source of inconsistency for the Kings.

Chandler broke the defense of Cousins on many Mavericks possessions, diving to the basket and overpowering him on lobs and contested dunks. He and Ellis provided the spark that inspired a 29-point lead.

Chandler had 16 points and 16 rebounds.

“He’s got a motor unlike any big guy I’ve ever seen. He’s got tremendous pride and he’s really into winning. The combination of those thing and the ability and the skills make him a tremendous player,” said Carlisle.

Dallas played with more energy and more precision than the Kings from start to finish.

“We had strong point guard play. We had great play at the wings. Our big guys battled all night, and we just had even contributions from top to bottom,” said Carlisle.

The Sacramento Kings have regressed into one of the NBA’s worst teams.