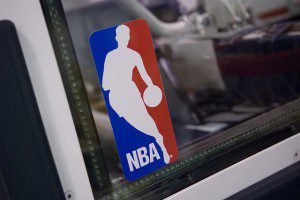 With nearly half a season left to play, I’m going to bring some bold predictions your way. There is so much time off during the All-Star break, perhaps I’ll enjoy it with some Who Pudding and Who Cake. It’s always more fun when you rhythm, watch me do it every time.

The Atlanta Hawks are in first with a seven game lead. However, first place in the East they will concede. A loss to the Celtics shows the tanks are on low, and surging competition will only grow.

James Harden will assuredly win league MVP, just as sure as his hair is envied by Charles Barkley. His numbers this year make LeBron James look weak, even with King James’ recent hot streak.

The Kevin Love injury will hurt the team’s chances of continued road wins and playoff advances. Even with the losses the Cavaliers are playoff bound, even if they are ousted in the very first round.

The San Antonio Spurs will make a splash with a uplifting and amazing playoff dash. Currently seated seventh in a tight Western division, they will climb to at least fourth with skill and precision.

Blake Griffin’s injury is the ultimate fear, he will not play again for the rest of the year. If he does come back and play it’s at half of his pace, the Los Angeles Clippers are going to just try and save face.

The NBA All-Star game will be a sterling success, not one NBA star will arrive with a hole in their chest. The skills competition will thrill and delight, Brooklyn Nets fans will amaze, having never seen quiet a sight.

Andrew Wiggins will win rookie of the year, a result that will be met with good humor and cheer. The first time a Canadian wins the crown is sure to bring NBA fans both ups and downs.