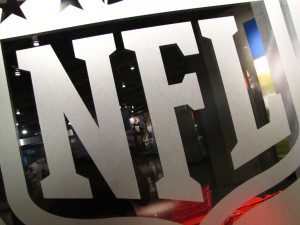 The Super Bowl is over, wasn’t it grand? The New England Patriots are best in the land. With an offseason full of scandal and fright, I hope my predictions are not wrong more than right. It’s always more fun when you rhythm, watch me do it every time.

DeMarco Murray will find a new team; his shiny new uniform will glisten and gleam. His stats on the other hand will be down in the dumps. The giant new contract will make the team GM look like a chump.

The Buffalo Bills will make the playoffs this season, and Rex Ryan and toughness will be only part of the reason. The team will grow and the fans will all cheer, and then a playoff defeat will be forgotten with beer.

The Dallas Cowboys will miss the playoffs I’m sure. Without Monte Kiffin, there is no cure. The defense will suffer, the points will mount high. Jerry Jones to the playoffs will have to say “Bye bye”.

J.J. Watt will be the first player to record 20 sacks in consecutive seasons one, two and three. A freak of a man, a man of a beast, he’ll make short work of his quarterback feast.

Payton Manning will come back and silence the doubters. Opposing defenses will be littered with pouters. Five thousand plus yards he’ll pile on the table, his body is ready, willing and able.

Robert Griffin the third will find the bench more inviting. Opposing defenses are scary and frightening. The team will struggle, and Jay Gruden will too. Looking for a new job that won’t come out of the blue.

More player scandals will not be released, as the commissioner and team keep the media greased. The focus of attention is on scandals past, same old story with the same old cast.