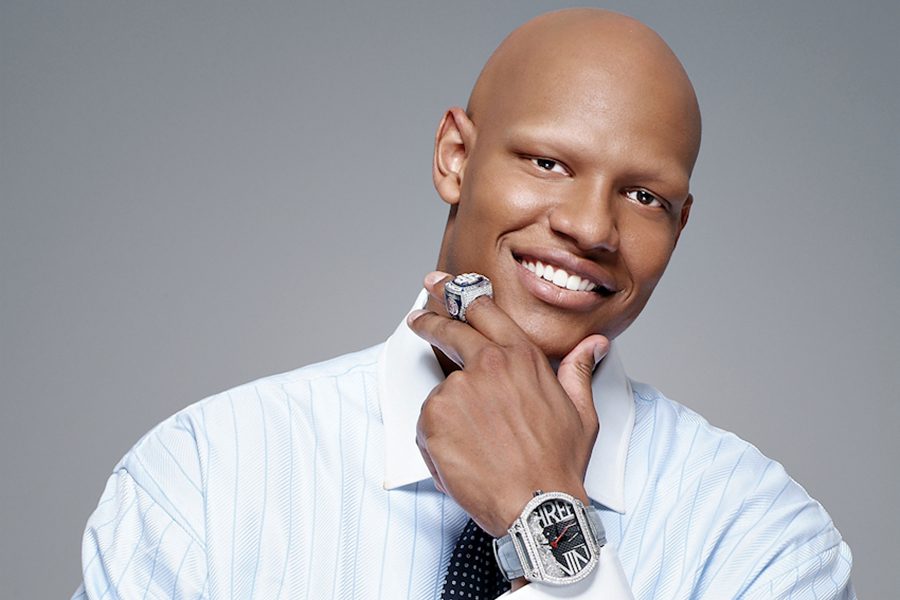 Baller Mind Frame was invited to Charlie Villanueva‘s All-Star Brunch on Valentine’s Day at Sofrito NYC in Manhattan. The event was sponsored by Hennessy as part of their, “Never Stop. Never Settle,” campaign which spotlights leaders who have a relentless drive for success. Villanueva was being celebrated for his basketball career, NYC roots, and his charitable work in the Latino community. I had a chance to sit down with Villanueva to talk about home, basketball, the Charlie Villanueva Foundation, and kicking Rajon Rondo‘s butt in Connect Four.

Lanton: First off, thank you for taking time to do this with Baller Mind Frame, we really appreciate it. Oh, and of course Happy Valentine’s Day.

L: It’s a big day for all the fellas out there. I’m also engaged, getting married soon.

V: Nice, nice. Congratulations on that.

L: It’s a really big time. Got to finish up the planning.

V: Sure you wanna do it?

V: (laughs) Yeah, if you got a good one you have to keep her.

L: So you grew up in Queens, Elmhurst area, correct?

L: What’s it like to come back to the city and having the All-Star Game here in the Mecca of basketball?

V: It’s an honor, a blessing for the NBA to bring the All-Star Game to New York. Especially with me being from here. It’s an amazing feeling to see all the stars come down and the festivities going on. Being from New York, I feel like there’s no city like it. The fact that I was born and raised here and it’s the Mecca of basketball with the brightest lights in the world. I think it’s great.

L: Growing up were there any New York ballers in particular who inspired to pursue a career in pro ball, or did the love of the game come to you on its own volition?

V: The love of the game kind of came on its own. I grew up in a Spanish household, Dominican. Both of my parents are from the Dominican Republic so baseball was the main sport, but I fell in love with basketball. My brother played a lot of basketball and I wanted to follow in his footsteps. That fact that I grew, you know, being tall helped with the game.

V: So basketball is just something I fell in love with.

L: As a 10-year vet, you’ve seen a lot of things. This season in particular, half of the team’s in the league can make a claim that they can win the title this year.

V: Yeah, especially from the Western Conference. There a lot of strong teams.

L: During your career, can you recall anything this crazy?

V: No, I don’t because I was always playing for the East.

V: The competition wasn’t as strong as the West. It’s just crazy – you have Golden State that’s right now ahead of everyone. Then you got from 2 to 11, and anything can change so that makes each and every game that much more important because every team is trying to get home court advantage at least for the first round. It’s definitely exciting and the competition is unreal.

L: In the last few weeks you’ve been called on to really step up, and you’ve had several impactful moments and key big games. Do you feel like you can keep up this pace going into the postseason? You’ve been killing it, man.

V: Appreciate that. I put a lot of hours in the gym. It’s been a long journey for me especially this year being in foreign grounds where I was signed to a non-guaranteed contract. Then making the team and they had to waive somebody because they already had 15 guys under contract. The hardest part was getting into the rotation. In the beginning I wasn’t in the rotation. Coach was getting familiar with me. Once I earned his trust, I knew the opportunity was going to come so I always stayed sharp, stayed ready, and worked on my game for when that happened and when it happened it just kind of came to me.

L: Can you talk about the Charlie Villanueva Foundation, its goals, and why you started the foundation?

V: I think it’s always important to give back to the community especially being blessed that I’m in this position. The Charlie Villanueva Foundation focuses on anti-bullying, something that’s special to me. I have a condition that’s called Alopecia Areta which is where you lose you hair. There’s two versions of it where some people lose certain parts of it. The one that I have is universalis which is complete, total body hair loss.

I have a special place for that because people made fun of me because of the way I look and just remembering what I was going through. I think bullying is under the radar because it happens everyday, especially in the schools. You hear the stories where kids are taking their lives over bullying. To me that’s very unfortunate. I just try to create awareness and try to be involved as much as possible.

L: Yeah, man. It’s really appreciated. Thank you for all you do in the community. It means a lot to people without a doubt.

One last question: I heard through the grapevine that you gave (Rajon) Rondo the business in Connect Four right before the Jazz game. Now my question is, are you that nice at Connect Four or is his reputation as a world class Connect Four player just overblown?

V: It’s funny because before every game the team has a quiz. It’s more for the the young guys, a quiz on the gameplan – what we’re gonna do, what this player likes doing from the opposing team. When we played Utah, it was a team quiz. The quiz was match what player this describes best. One of the thing was, “The best player in the world in Connect Four.” I’m like, “Who’s that?”

V: Then I found out it was Rondo but Rondo didn’t know that I played Connect Four too. I told him, “Make sure you bring a Connect Four to the game.” So right before the game it was a showdown!

V: It was like a battle between me and Rondo and everyone was watching. I was locked in. He was locked in. My hands were sweating. Then I got him in a move and I went crazy.

L: I can’t wait to hear about that saga. You make it sound like UConn all over again.

V: It was like UConn all over again. He wanted to play me again and I was like, “Naw, man. I gotta enjoy this.”

L: (laughs) Alright, well thank you so much for answering all the questions.