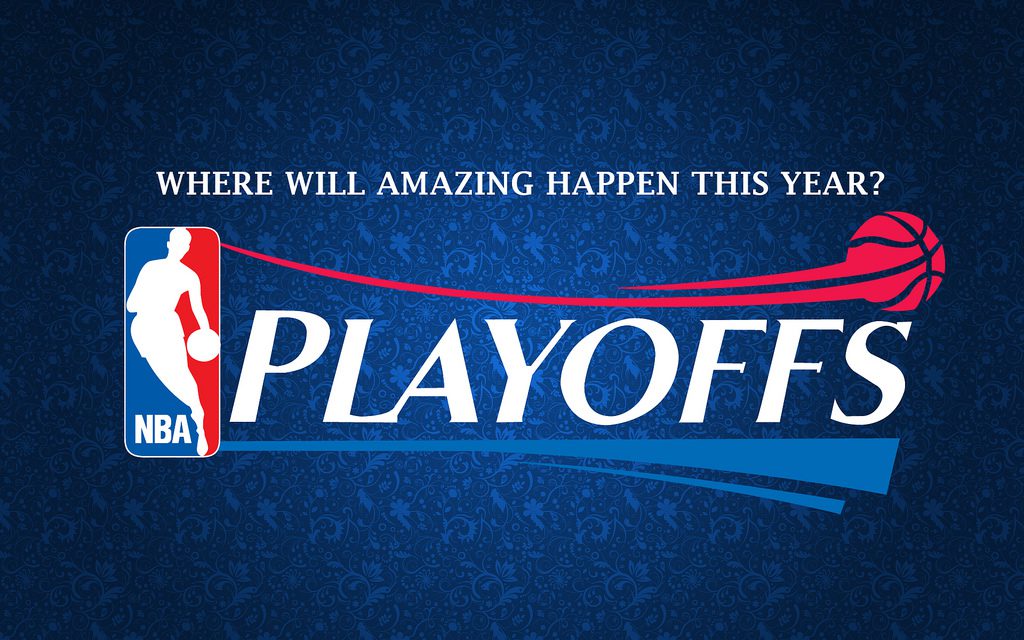 More powerful and prominent individuals than myself have been calling for a revamp to the NBA Playoffs, and it’s time for yours truly to join that fray. According to Grantland’s Zach Lowe, who made his own pitch a month or so ago, a number of executives and team representatives have considered the idea over the last few months. Over All-Star Weekend, Adam Silver touched on the idea of changing the NBA Playoff format. My take on this issue won’t swing it one way or another, but if I can piggyback on that movement even if nobody noteworthy notices it, I’ll feel like I accomplished something. With that said, here we go!

There are plenty of potential avenues that one could take when discussing a change in the landscape of the NBA’s postseason, and most will include a point about the regular season needing some adjusting too. This is a misnomer. There is no need to adjust the NBA’s regular season set-up or length—well, I supposed one could argue that the start of the NBA season should be pushed to Thanksgiving and shortened to 70 games, but that is a different topic for another time. For now, just assume that if the postseason format were to change, the NBA’s regular season would operate in the fashion that it does currently:

That make sense for everyone? O.K., good! Now don’t forget about this make-up, because in the end this won’t be changing. There will certainly be opponents to this plan who would argue that if a top-16 playoff system were introduced, a complete change to conferences and divisions would need to take place. This isn’t logistically possible for various reasons—the amount of travelling that some teams would be faced with would be insane if all teams played each other an equal amount of times over the course of a season. Plus, with an 82 game schedule, how could one team play all other 29 teams the same amount of times? I’m not a math whiz, but that just doesn’t add up:

29 teams multiplied by two games against each team equals 58 games. That regular season would be far too short. 29 teams multiplied by three games against each team would be 87 games. Not only would the regular season then be too long, but that’s an odd amount of games, meaning half of the league’s teams would be forced to play an extra road game while the other half got one more at home. Let’s just leave the schedule as is. We have bigger metaphorical fish to fry.

Actually, that isn’t correct. When Michael Jordan retired in 1998 for the second time, the power in the NBA shifted from the Eastern Conference to the Western Conference. Since 1999 the Western Conference has an 11 to five edge in terms of NBA titles. The current imbalance between the West and the East goes even further than title wins though; it flows all the way down to the bottom of each conference’s playoff picture. Take a look at some of the figures that Zach Lowe dug up in his Grantland piece:

Flip it around: The ninth-place team in the West has ended up with a better record than about 2.5 Eastern Conference playoff teams on average since 2003.

A top-16 system does two things that the current NBA postseason model does not:

First, it ensures that the sixteen teams with the best records not only make the postseason, but also are seeded in the correct order. This is a biggie. Don’t we ideally want to see the most qualified teams in the Playoffs in April and May and then competing for the title in June? If you don’t know the answer to this question don’t worry, I’ll answer it in about 500 words.

Not only would a top-16 system get those teams in the dance, it would seed them in a way that ranked the teams 1 through 16 with no attention paid to regular season conference affiliation. For example, the first round of the NBA Playoffs would’ve looked like this if the postseason were to start today:

Ten teams from the West, six from the East … that doesn’t sound too far off what you’d expect, right? And hey, what happened to the argument about the schedule being blatantly unfair to Western Conference teams? The difference in a West schedule vs. an East schedule might result in some East teams floating slightly higher in the standings than would be expected, but at least the right teams (for the most part) are getting in. A top-16 system prevents teams with winning records being left out of the playoffs in favor of a team with a losing record, and it’s happened a staggering eight times since the 1998-99 season. That’s a problem. People are losing their minds and calling for postseason reform because a seven-win team is in the NFL Playoffs? Why isn’t it an equally big deal when 38-win teams routinely make the NBA Playoffs?

Second, a top-16 system makes it more likely that the two best teams in the league would be playing in the NBA Finals. This seems like it would be a commonsense goal for any postseason format, but the NBA’s current model doesn’t always yield this result. Of course, a playoff will always lead to controversial outcomes regardless of how many teams are in the field or how those teams are seeded, so saying that a top-16 system will lead to the two best teams is a somewhat subjective statement to make. Let me rephrase: a top-16 system would never eliminate the possibility of the two best teams playing in the final round just because those two teams are in the same conference. Allow me to give you a historical example. Join me on a ride back to 2002:

2002 was one of the many seasons dominated by the Western Conference. The four best records in the NBA during the regular season were posted by Western Conference teams. Six West teams won at least 49 games compared to three in the East. And in just about everyone’s mind, the top two teams in the league that season were the two-time defending champion Los Angeles Lakers and the upstart 61-win Sacramento Kings. Under the normal NBA postseason system, the Kings and Lakers were pitted against each other in the Western Conference Finals—a.k.a. the Final Four in a top-16 system. However, if the teams were seeded in top-16 fashion, this is how the postseason bracket would’ve looked going into Round 1:

Alright, so we have eight Western Conference teams total compared to eight Eastern Conference teams. Fair, right? All sixteen teams are seeded by best record, and in any situation where cross-conference teams have the same record the tie-breaker goes to the team ranked higher in their respective conference. Again, that’s fair, right? (Nod your head yes). After all, any postseason system should be focused on being two things: fair and entertaining. If they hit both of those points, there is no need for tinkering.

Now sure, I had the benefit of hand-picking this particular season which just so happened to work out extremely well for the points I’m trying to make. From a fairness standpoint, this one is a slam dunk. There were an even amount of teams that got in from each conference. The clear cut two best teams were both in one conference and happened to play each other in a seven game series in the West Finals that was legitimately memorable. At some point during that series, we all agreed that the winner of that series would be a heavy favorite to win the NBA Finals.

From an entertainment standpoint, the top-16 system gets an obvious leg up over the current model. I don’t think I need to make mention of the whole better teams are playing in a top-16 system, but I will one more time … THIS PLAYOFF FORMAT WOULD FEATURE MORE QUALITY TEAMS! So that means not only does Round 1 improve—mainly because of the likely elimination of one, two or sometimes three 1st Round series that get NBA TV treatment for half of its games—but later rounds improve too because weaker teams would be weeded out even sooner.

Obviously everyone is entitled to their opinion and if you like the current model better than the one I presented, then so be it. I encourage you to leave some mean-spirited remarks in the comments below so we can engage in some friendly banter. And please, take note that I’m not going to tell you how to enjoy basketball. I’m just trying to find a way for you to enjoy basketball between better teams in the Playoffs.

Luckily for you, my words don’t mean much at this point in time. But when the day comes where I am appointed Sports Czar, you know what change I’m making first. And that’s if Adam Silver doesn’t beat me to the punch.