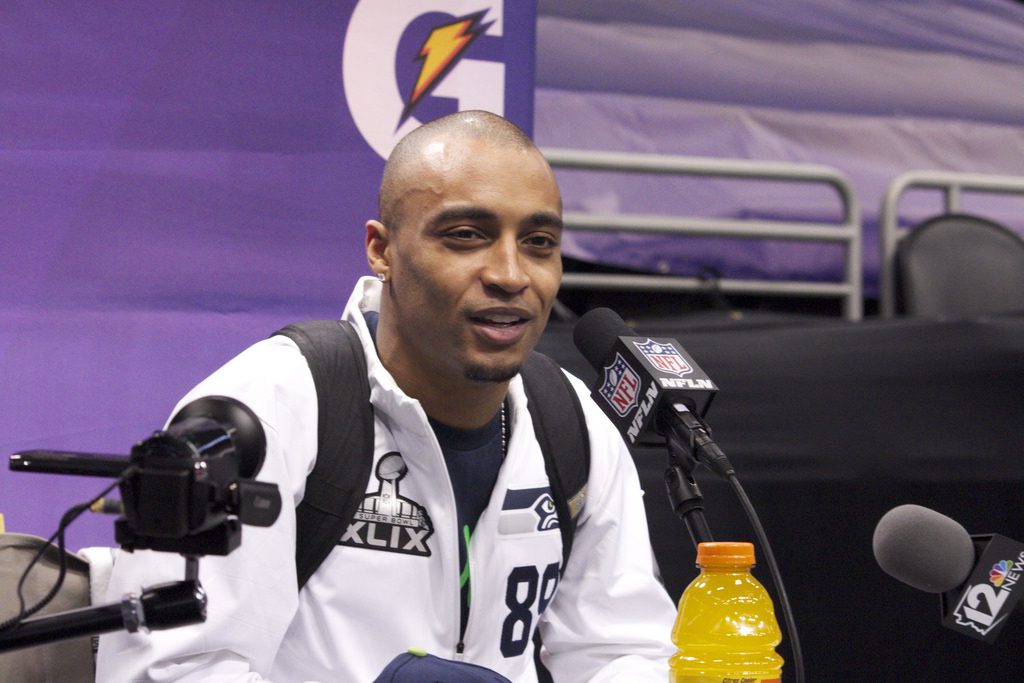 Super Bowl 49 was full of exciting and controversial moments. While “the play” will be stuck in most fans minds for life, there’s was another incident in the end zone that also caused a big stir.

Seattle Seahawks wide receiver Doug Baldwin pretended to defecate a football after scoring a big touchdown for the Seahawks. They play led to a penalty that cost the Seahawks 15 yards. When asked about the play after the game, Baldwin said,

“That’s between me and the person it was directed at.”

But yesterday, in an appearance on “The Barbershop” on ESPN Radio Seattle, Baldwin admitted it was for Patriots CB Darrelle Revis.

“I spent a lot of time those two weeks prior to getting ready for that game just focused on my individual matchup with him and I put a lot into it, and in that moment, I guess you could say it was just kind of a built-up frustration I was letting out in that sequence, you know, between him and I. Obviously there was competitive stuff going on in that game, and in that moment, I just let out what I felt personally.”