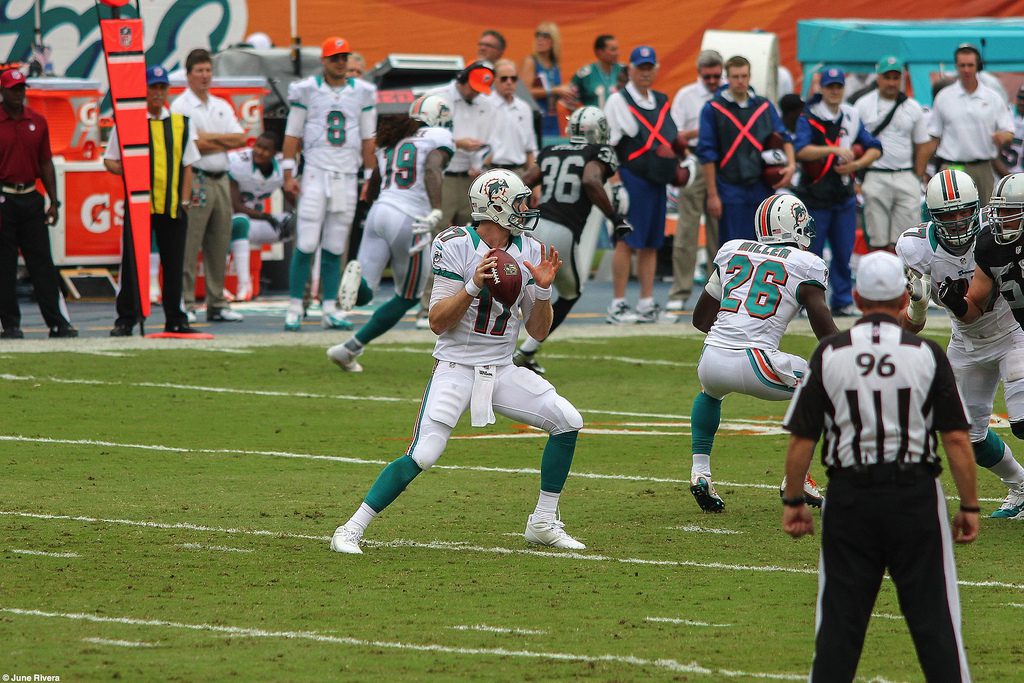 Every year my buddy Ben and I talk football when the Super Bowl is long since over. We talk about the schedule ahead, the free agent market, the draft, and all things that revolve around our teams. One thing we always kid with one another about is the amazingly ridiculous things that must be said inside the front offices of teams, in meetings between coaches, GM’s, and owners.We often take haphazard guesses at such conversations.Here is one such guess for the Miami Dolphins.

Stephen Ross (SR) – Dennis Hickey, how is the greatest GM in the business doing?

Dennis Hickey (DH) – Fine thank you Mr. Ross. I’ve made a decision that I think you might be interested in.

DH – That sounded weird. Anyway, I am planning on signing Ryan Tannehill to a long-term deal.

SR – Hmmmm, I don’t know about this. He’s been a reliable starter, but I’m not sure I want to lock him up long term for this team. So long as the cap hit isn’t too high I’ll trust your judgement.

SR – (Spits coffee in Dennis Hickey’s face) Are you #%*&ing kidding me!!! The kid has a loosing record. He has only broken 4,000 yards on the season once, and even they it was only 4,045. He’s had double digit interceptions every year he’s been in the league, and he’s never broken 30 touchdowns. This guy is worth more than Joe Flacco, more than Tony Romo, more than Matthew Stafford? Did you talk to Joe Philbin about this?

DH – Yes sir, and the head coach and I are on the same page. We feel like $15 million a year is going to be a cheap rate for a franchise quarterback in just a year or two, and that Tannehill will be our franchise quarterback. He has improved every year he’s played and we have faith he can be better than all three of those guys that you mentioned.

SR – OK, OK, I see your points. I don’t agree, but I understand the thought process. But if he regresses, if this blows up in our face in any way you’re going to be out on your @$ so fast that you’ll think that Dan Marino threw you.

SR – At leas this kid has a good head on his shoulders and there is no worry the money is going to turn him into a head case or something.

DH – Nope, no worry there sir. (Looks at his phones and widens eyes) Now if you’ll excuse me I have to go see Ryan. Apparently he’s just bought a gold plated Bently that is upholstered in black rhino hide and he’s rear-ended your car with it.