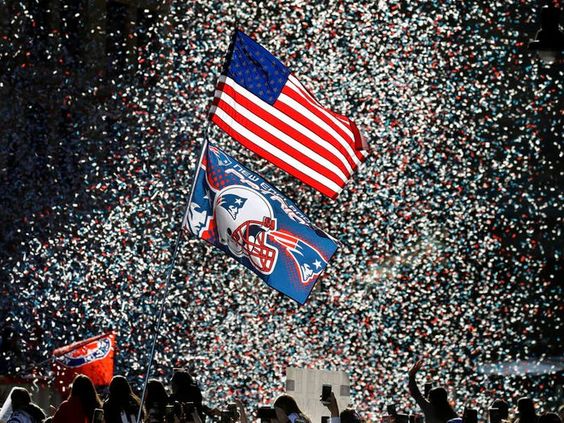 With the NFL due to start soon there is a lot of hype and anticipation for the upcoming season, as well as the 2020 Super Bowl. Already there is plenty of buzz going around ranging from which teams will be in the final game to Jennifer Lopez performing at the Super Bowl Halftime Show. With this in mind, we’ll run through some of the top predictions on who may make next year’s Super Bowl.

There’s an unexpected entrant in the top five teams to reach the Super Bowl, and that’s the Cleveland Browns. Some say that the Browns’ new odds reflect the hype they’re carrying into the new season. Last season, Baker Mayfield threw for 3,725 yards and made a rookie-record of 27 touchdowns. General manager John Dorsey also took an aggressive approach in the offseason by acquiring Odell Beckham, Jr. and Olivier Vernon from the New York Giants, as well as signing Morgan Burnett, Kareem Hunt, and Sheldon Richardson. While the Browns haven’t made the playoffs in 18 years, Dorsey and head coach Freddie Kitchens are already in a good place for a possible championship run.

Bears in the Bowl!

The venue for the 2020 Super Bowl is at Hard Rock Stadium in Miami. A post by bwin NFL explains how this was the venue for the 2006 Super Bowl where the Colts beat the Bears. The Chicago Bears will be hoping to go one step further, banishing the 2006 failure to the history books, and lift the trophy for the second time since 1985. After winning the NFC North Division with a record of 12-4 and a close defeat to the Philadelphia Eagles in the playoffs, the season is set for the Bears to suit up for the Super Bowl.

Rams Back For More

The New England Patriots and the Los Angeles Rams were the two top teams last year. Despite losing to the Patriots in the final, the Los Angeles Rams are still considered one of the strongest teams in the NFL. Last season, the team had one of the best offenses, they just didn’t perform in the last and most important game. This current team is young and they will surely learn from the mistakes made last year. Don’t be surprised if there is a rematch of last year’s Super Bowl.

This is the Season of the Chiefs

The Chiefs had a remarkable run last season after getting off to a strong start. The Kansas City Chiefs are spectacular on the offense, but the team’s defense will need to improve if they’re looking to build on last season and make it to the Super Bowl. They pushed the Patriots to the edge in last season’s AFC Championship, losing by one point in overtime. With the amount of talent the team has, they are a top contender for this year’s final game and one of the favorites.

New England Patriots are the team to beat

The Patriots, unsurprisingly, are one of the top picks to win the Super Bowl as defending champions. CBS Sports notes that the Patriots have won six titles in the last 18 years despite suffering major setbacks along the way. They’re also 6-1 co-favorites to win it along with the Chiefs. While they may be an early favorite a lot can still happen between now and Super Bowl 2020. However you can never count them out.