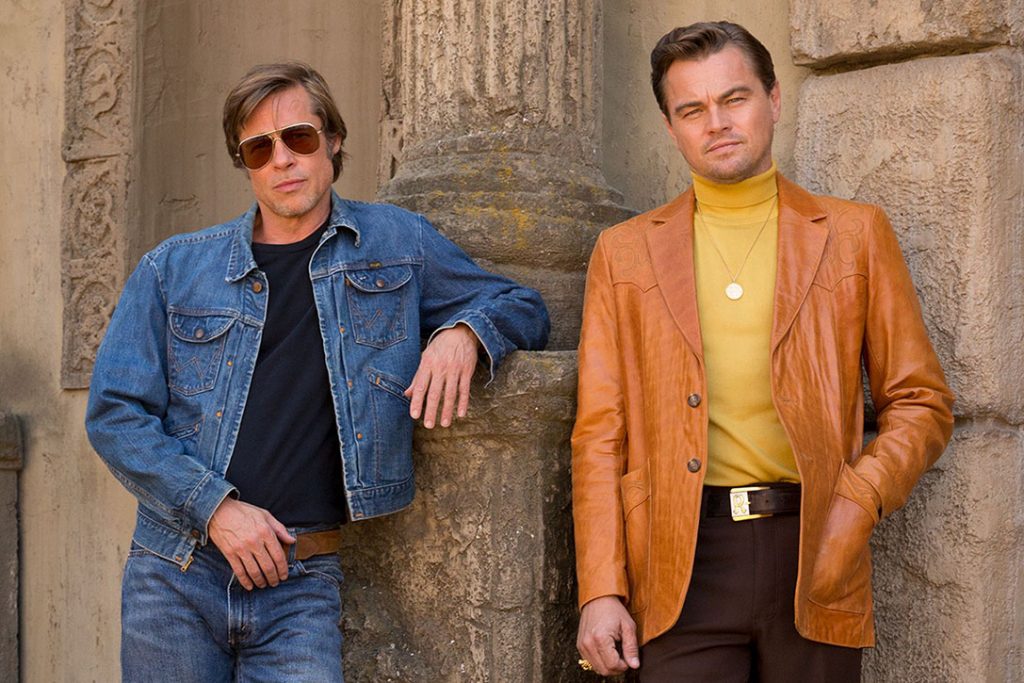 Once Upon A Time In Hollywood (Sony Pictures)

Once Upon A Time In Hollywood

The golden age of Hollywood is long gone, but Quentin Tarantino utilizes the magic of cinema to bring it back for a few hours. Once Upon a Time in Hollywood is the talented but egotistical director’s love letter to ‘60s and ‘70s Tinseltown, served up in only a way he can deliver. Starring two powerhouse leads in Leonardo DiCaprio and Brad Pitt, the movie oozes all-star caliber players, including Margot Robbie, Al Pacino, Kurt Russell, Dakota Fanning, Luke Perry, Margaret Qualley, and Mike Moh.

Tarantino captures the late ‘60s thanks in part to costume designer Arianne Phillips and set decoration by Nancy Haigh. This helps immerse you into the world with ease. Although the film could be tighter, every scene is shot with a masterful eye. There are beautiful but empty scenes to show off the transformation of Los Angeles, such as Pitt’s character driving around town, but it does get you into a relaxed vibe. Like Jackie Brown, this is a “hangout” movie. However, Jackie Brown has a more traditional narrative where this seems to be more of a hybrid fairy tale and character study.

The script isn’t one of Tarantino’s best in terms of dialogue, but it’s undeniably entertaining. We get a behind-the-scenes look at old Hollywood through the eyes of men who are fighting time and running out of luck. Every aspect of this film is stellar, yet the script isn’t gripping enough to justify the runtime, making it drag at certain parts. However, this film has plenty of incredible moments, especially in the final act, that will make you forgive the length, at least for the most part. 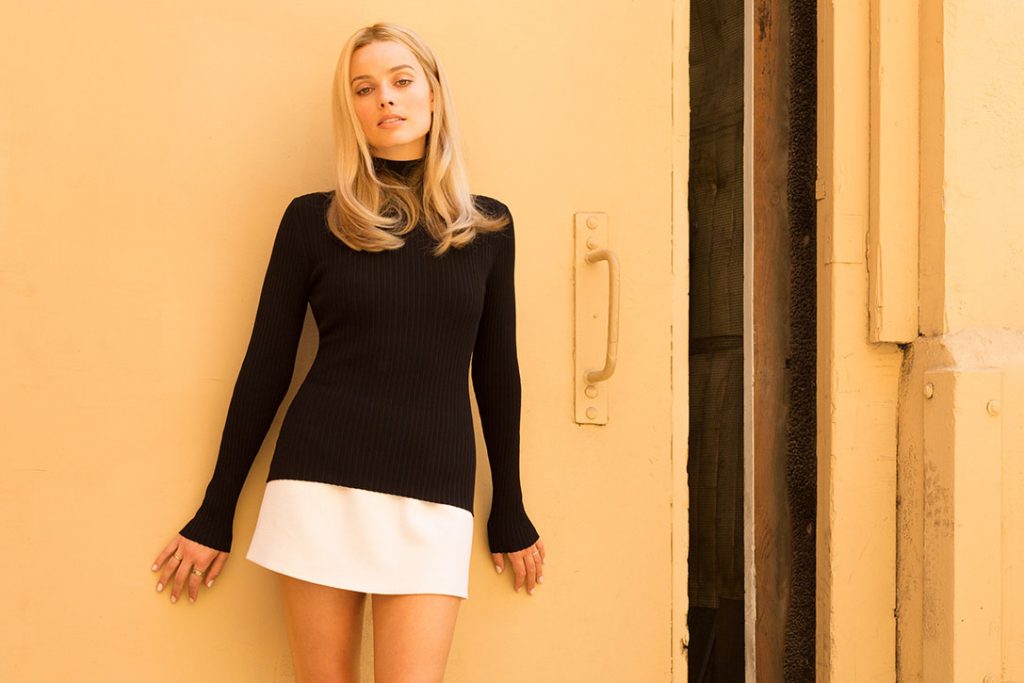 Margot Robbie in Once Upon A Time In Hollywood

Leonardo DiCaprio as Rick Dalton is hilarious, showing off more of his comedic chops. DiCaprio shows us his range with this bipolar alcoholic TV star, adding another award-worthy performance to his filmography. Not to mention, DiCaprio works very well with co-star Brad Pitt, who plays stuntman Cliff Booth. Pitt has arguably never been cooler than he is as the tough-as-nails, Hawaiian-shirt-wearing stuntman. Both characters are likable, yet complex, and have plenty of shining beats in the film. If you’ve ever experienced a moment where you needed to pull yourself together after dropping the ball, DiCaprio captures that relative experience perfectly. And if you wanted to see Pitt flex more of his Fight Club skills, this film delivers the goods.

Margot Robbie isn’t given a whole lot of dialogue or much to do, but she plays Sharon Tate with wonderful innocence. However, there are two standouts in Dakota Fanning and Margaret Qualley, playing members of the Manson family, that steal her thunder. Plus you have cameos popping up left and right, including ones from Pacino and Russell. There’s also a controversial scene that involves Mike Moh as Bruce Lee, which you’ll either love or hate. Either way, it’s unforgettable.

Once Upon a Time in Hollywood is a mix of fairytale wishful thinking and the harsh reality of growing up in a world that amplifies youth, beauty, and relevance. But what’s the point? You can say it’s an exercise of Tarantino and company’s talents. Ultimately, it’s about old Hollywood saving the new Hollywood that will soon replace it. Through the power of filmmaking, Tarantino gives a star a chance to continue to shine in some alternate dimension, and that’s a gesture to admire in a world with no reset button.