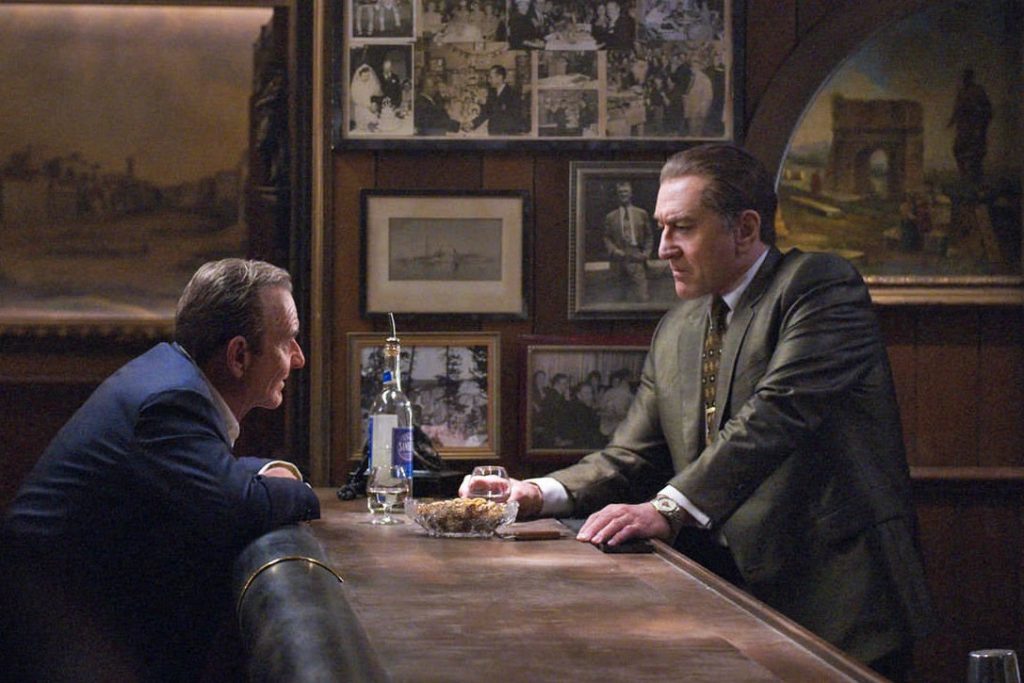 Robert De Niro and Martin Scorsese are one of the most prolific duos in the history of cinema. From Taxi Driver to Goodfellas, each film they’ve worked on together is a piece of art that deserves applause. The Irishman is the first film they’ve collaborated on since Casino in 1995, so naturally, people are expecting the film to move mountains. Scorsese’s The Irishman is based on a book entitled I Heard You Paint Houses by Charles Brandt, following the life of Franke Sheeran—a World War II veteran who ends up becoming a hitman for the mafia and an ally of Teamster Jimmy Hoffa. Joining the iconic De Niro is a cast of legendary actors, including Al Pacino, Joe Pesci, and Harvey Keitel.

Filmmaking at its Finest

Scorsese has still got it, and you can tell he’s poured plenty of care into each scene. He presents a decades-long story and humanizes a sinful man during a three-and-half-hour runtime without triggering you to check your watch. That sounds like an impossible task, but for Scorsese, it’s the norm. For the most part, the pacing of the film works. Can you feel the length? Yes, but it’s because Scorsese purposefully gives you room to ponder and absorb what the characters are thinking. It’s also not all serious either. The script by Steven Zaillian is often hilarious.

The editing by Thelma Schoonmaker isn’t as flashy compared to Scorsese’s other crime films, but it’s just as effective in helping to breathe life into the scenes. Scorsese and Schoonmaker team up once again to make a crime drama, but this time it’s much more contemplative than past projects.

And then there’s the de-aging technology. The faces look fine, save for the World War II version of Frank Sheeran, which looks a little like it belongs in a high-quality video game. Also, there are some moments where the young face doesn’t match the motion of the body. The main actors are all pushing 80, and no matter how hard they try, they can’t quite move like they’re in their 40s or 50s anymore. Luckily, it’s only noticeable in a couple of scenes. Fun fact: Scorsese tested out the de-aging technology by having De Niro act out one of his scenes from Goodfellas to gauge the quality of the tech.

Of course, it wouldn’t be a Scorsese gangster film without violence. There are some brutal scenes in The Irishman, but they come in short bursts. They’re never romanticized, feeling realistic and abrupt, yet they stay with you. The almost mournful melody of the theme song reminds one of a Spaghetti Western tune, complementing the bloody violence. 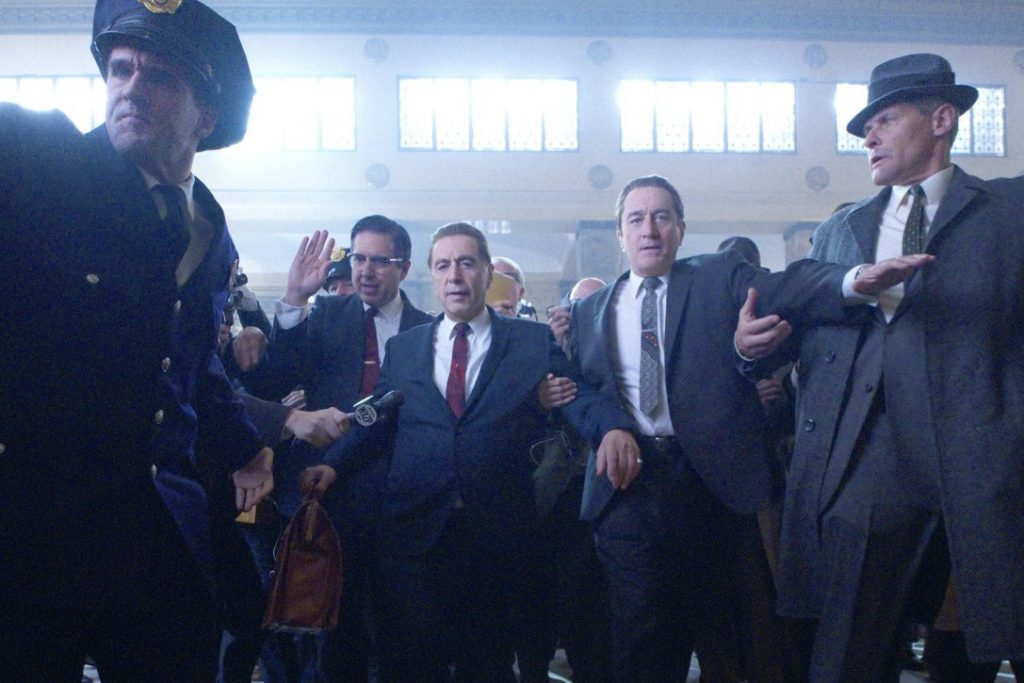 Al Pacino in The Irishman

Robert De Niro hasn’t been this good in several years. De Niro, as the seasoned hitman and good friend of Jimmy Hoffa, is funny, likable, and lethal. He’s not the smartest guy in the room, but he is one of the most obedient and loyal. As Sheeran, De Niro gives a complex performance that allows him to showcase his masterful acting to a whole new generation. He ignites with rage at times, yet in other moments, he pulls it back and evokes pain and regret without saying a word. If this is his last performance in a quality gangster film, he couldn’t have done any better.

Pacino, as notorious Teamster Jimmy Hoffa, is a bulldozer. He delivers in only the way Pacino can, chewing scenery and injecting pure energy into every scene he’s in. However, he also pulls back for quieter moments with De Niro’s Sheeran. Completing the trifecta of incredible main performances is Joe Pesci playing Russell Bufalino–a crime boss that’s smart and calm, yet deadly when crossed. Known for playing cold-blooded psychopaths in mafia movies, Pesci plays it cool with this character, and he does it just as well. De Niro, Pacino, and Pesci all turn in some of the best performances of their careers.

With Scorsese’s Goodfellas, the director presented the glamorous and gritty side of the mafia world. In The Irishman, we get something completely different. The familial bond, dark humor, and violence are still here, but the story is more contemplative than other crime films. We see this man go through a life of sin and betrayal, painting so many houses that he can’t wash off the red from his hands. He rises in power and is financially stable, providing for his family, but he’s filled with regret.

Where most crime movies end with the mobsters going to prison, this one extends its reach to the nursing home. A once deadly man ponders over whether he’s had a life worth living, as his daughters want nothing to do with him. If what really matters is who you love and how you bond with them, then Sheeran believes his life was a bust. By the end, we’re left with the ex-hitman alone in his room, clawing at even a morsel of redemption. Late in the film, Sheeran says, “you don’t know how fast time goes by until you get there.” The epic film is an intimate reminder to do what matters the most to you in life, so the story you tell at the end of the road is one you’re proud to share.