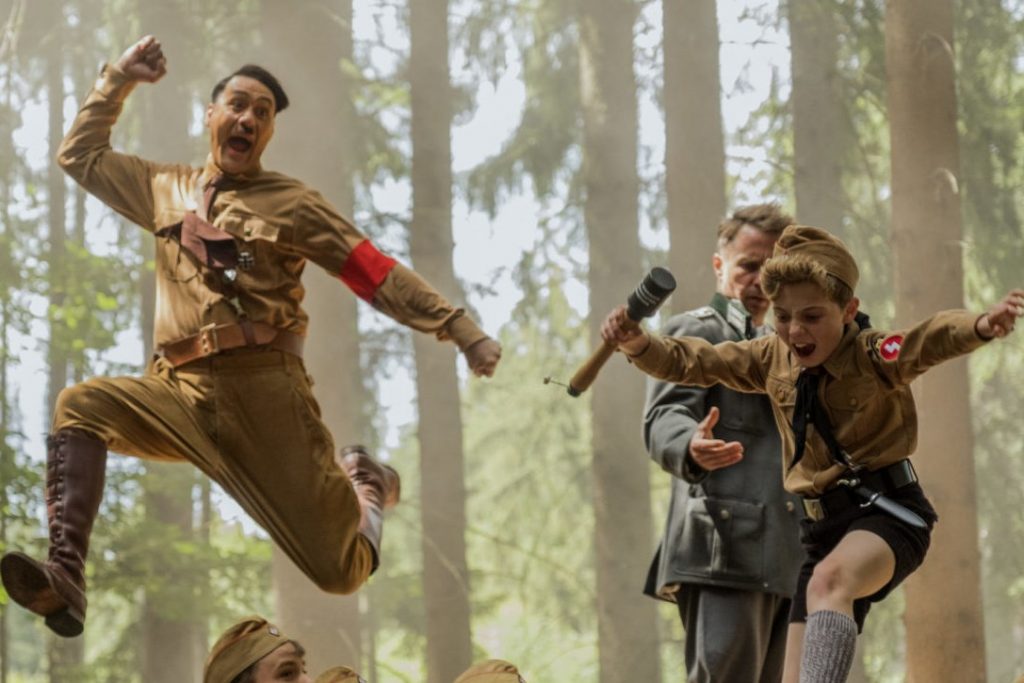 Naturally, Adolf Hitler and the Nazis will immediately remind you of an atrocious time in our history. However, in Taika Waititi’s Jojo Rabbit, you enter a satirical comedy that dives into a dark chunk of our timeline that somehow comes off as charming. Jojo Rabbit follows a young Nazi fanatic who has Hitler as an imaginary friend. And when he discovers a Jewish girl living within the walls of his home, the boy slowly escapes Nazi tunnel vision. The film stars Roman Griffin Davis, and he’s joined by a powerhouse cast, including Scarlett Johansson, Thomasin McKenzie, Sam Rockwell, Rebel Wilson, and Archie Yates.

A Blend of Comedy & Heavy Heartache

Waititi’s script is pure hilarity, but it weaves in some truly exalting and heartbreaking moments. There are so many charming and comedic lines that you’ll end up repeating them for years to come, as is common with dialogue from a Waititi script. It’s a smart anti-hate screenplay that uses ignorant people as comedy fuel, and it works on multiple levels. Is it controversial? Yes, but it has good intentions and works for the most part.

As he did with Thor: Ragnarok, Waititi uses a vibrant color palette for this film. From the shades of the wardrobe to the beautiful scenery, Jojo Rabbit is a movie with delicious eye-candy even though it has a hellish backdrop of war. Visually, it’s similar to a Wes Anderson film, but it never feels like simple mimicry. There are also clever camera angles with callbacks that add to the enchantment of the film, as well as ones that will punch you in the gut. 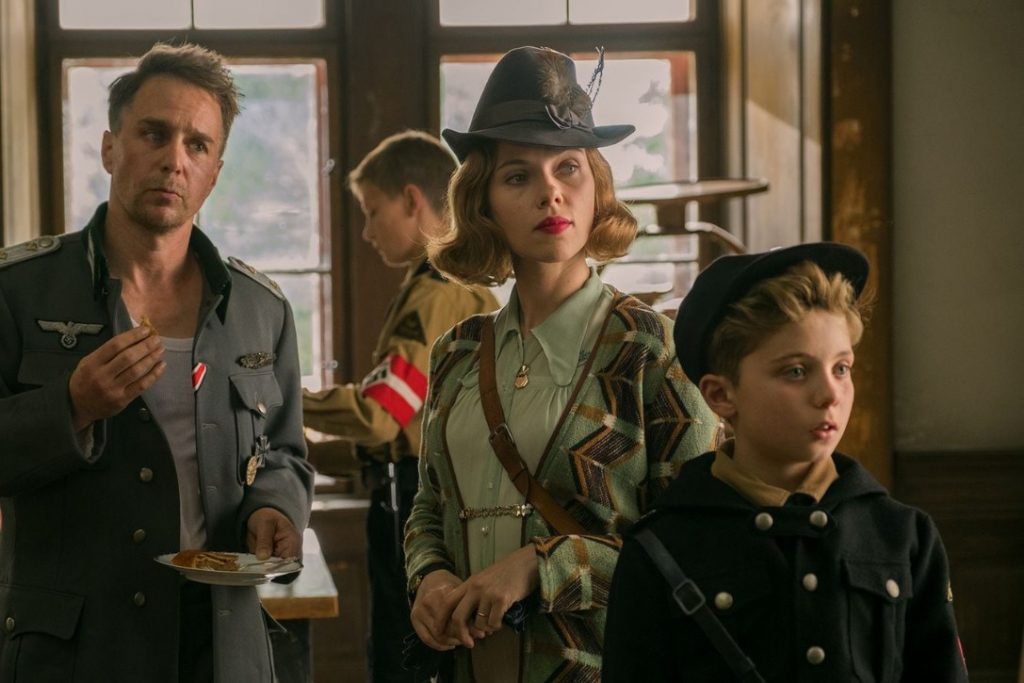 Roman Griffin Davis plays JoJo—a 10-year-old Nazi fanboy who desperately wants to fight for Germany. Davis gives a charismatic performance, pulling you in with every gleefully naive line he delivers. And his chemistry with Taika Waititi as imaginary Hitler is perfect. Both play off each other very well, and plenty of the funniest scenes involve those two together. Waititi as imaginary Hitler is an arrogant pusher who is just as naive as Jojo. His cartoonish expressions and mannerisms are hilarious, and he elevates every scene he’s in.

All supporting actors are having the time of their lives, including Sam Rockwell as the fabulous drunk Captain Klenzendorf. But Scarlett Johannson as Jojo’s mother–Rosie–is the heart of the film. As Rosie, Johansson is a headstrong single mom with plenty of fight in her. She offsets her son’s Nazi fanaticism with her anti-war belief and hope for peace. Helping her carry the dramatic weight of the film is Thomasin McKenzie as Elsa—a young Jewish girl hiding in the walls of Rosie’s home. McKenzie also plays off Davis naturally, as they build an interesting relationship throughout the film. And shout out to Archie Yates as Yorki for being an adorable little fellow.

Jojo Rabbit is a miracle of a film. It manages to find heartfelt and uplifting moments in a world filled with the nightmares of war and genocide. A movie about a 10-year-old Nazi fanatic with Hitler as an imaginary friend will fill your soul with hope for a better world. If that’s not cinematic brilliance, I don’t know what is. You’re entranced to dance with this film, and you’ll heart will flutter with every step.