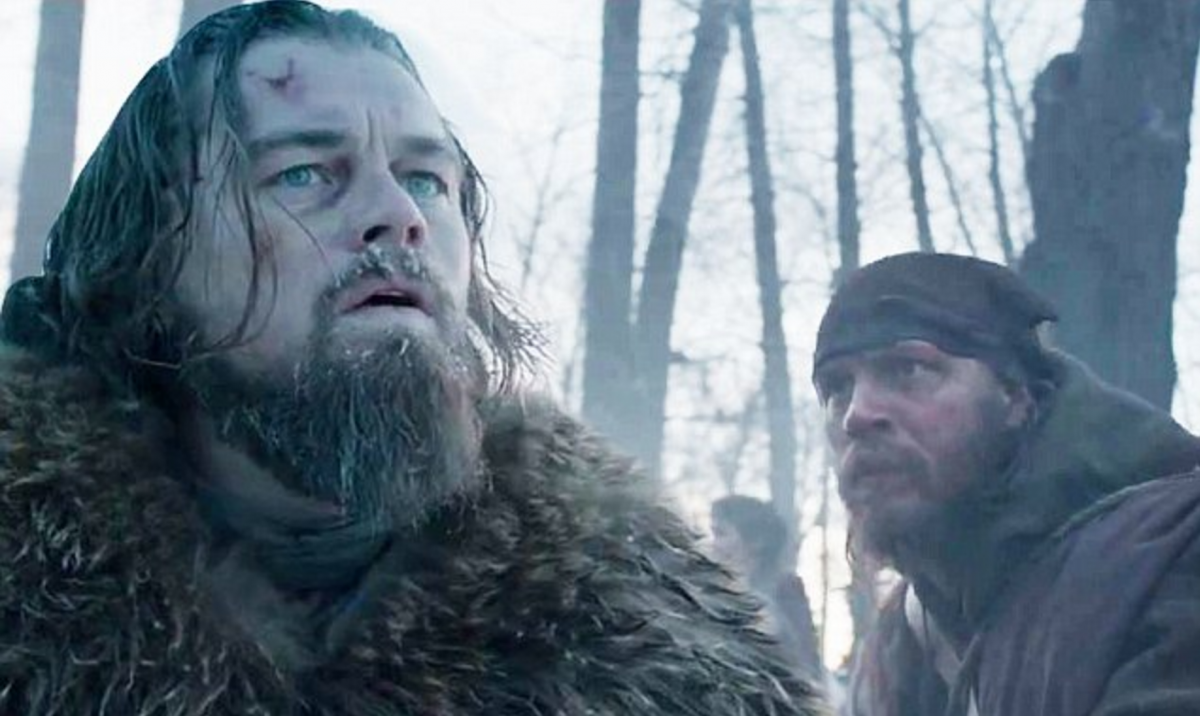 The Revenant is justifiably receiving widespread buzz. To find out what works and what doesn’t in the movie, check out our Senior Editor Mike Bitanga’s review. For the purposes of this article, I’m interested in delving into whether or not it’s feasible to think both Leonardo DiCaprio and Tom Hardy could receive Oscars for their performances. While Hardy appears enough to classify as one of the film’s lead characters, I of course assume the Academy would put DiCaprio in the Best Actor category and Hardy in the Best Supporting Actor category. #BoldStatements, am I right?

Anyway, I saw The Revenant last night and largely agree with Mike’s thoughts. The film certainly lacks in the area of script and overstays its screen welcome by at least thirty minutes. Much of the power stems from the acting and the environment. It has been documented extensively that The Revenant was filmed in brutal conditions. Everyone working on this project fits into the “sacrificing for their art” realm. Because of DiCaprio’s lack of Oscar luck combined with the brutality involved in his role, people are wondering if this will finally be the Oscar that looks in his direction.

Allow me to make a clear point before going further – DiCaprio is stellar and quite seriously couldn’t have been better. He surpasses any reasonable standard fans have of what a performer should do to make a role come to life, and we should applaud the lengths he went to make The Revenant special. There’s depth, sadness, and grit present within Hugh Glass, DiCaprio’s mistreated character. However, here’s my issue with how Glass was given to audiences on screen. Seemingly over half the movie is the character crawling, moaning, and grunting.

Everything that happens from a character in a movie is acting, naturally, but so much of The Revenant features dialogue that resorts to pained sounds and uncomfortable noises. Essentially all of this dynamic in the film is because of Glass. So while DiCaprio was transcendent and committed enough to earn an Oscar for his role, I would argue he’s given cleaner performances in the past. By cleaner I mean easier to judge and less frustrating. I was genuinely bothered by the excess of DiCaprio’s tormented crawls. Pain was vital to the character, surely, but at least 15 minutes alone could’ve been cut solely if DiCaprio’s moans were lessened. There were times when I wanted to face palm during another scene, and another, and another, of DiCaprio face down in snow experiencing excruciating trauma.

In conclusion on DiCaprio as Glass, I haven’t seen another performance in recent times quite as powerful as this one. For my issues with the lack of dialogue and over the top misfortune behind Glass on screen, that doesn’t take away from the breathtaking moments or the overall results. Point being, DiCaprio as Glass is a difficult and complex Oscar candidate to analyze, but there’s enough substance there to justify an Academy Award for Best Actor. The frustrations or face palms are outweighed by the grit and dedication Glass provided. The opening battle to the movie and the bear fight are especially momentous scenes for DiCaprio. We just shouldn’t act like The Revenant is a genuine masterpiece or that DiCaprio’s character was written without flaws. The movie and the character are far from perfect.

Now to Hardy as John Fitzgerald, a much clearer case with a quicker answer – Hardy should win the Oscar for Best Supporting Actor because of his work in The Revenant. He moans and grunts, too, but those are few and far between compared to Glass. Mike referred to how different Hardy looks in The Revenant compared to his normal self, and that’s a concrete truth. The Fitzgerald persona rocks long hair that survived a scalping, leaving a head that’s bald and scarred on top with some disheveled locks flowing in the back.

As the central antagonist of the film and a comrade turned enemy, Fitzgerald is a truly villainous character. He’s selfish and unsympathetic. The men caring for Glass eventually lower their numbers to include only Fitzgerald, Will Poulter’s Jim Bridger, and Hawk, the son of Glass. When Jim is off elsewhere, Fitzgerald murders Hawk and plots how he’s going to rid himself of Glass. The eventual result is Fitzgerald lying to Jim and burying Glass alive before running away. Again, the behavior is beyond any realm of self centered and cruel, making Hardy memorable for both his acting and the sickening depths of his character.

As stated earlier, there’s an excellent case for Hardy to win an Oscar because of his trip into the wilderness. I don’t foresee the Academy nominating two lead actors for the same highly buzzed movie, so Hardy will have to settle for a Best Supporting Actor win (if they get it right). I realize other nominees could make a claim and it’s too early to fully judge… But I don’t see another performer surpassing Hardy as Fitzgerald.

In the end, for all its flaws and emphasis on the grunted word rather than the clearly spoken one, The Revenant has a detailed scope of beauty and horror. No one helps this world come to life more than DiCaprio as Glass and Hardy as Fitzgerald, two characters who, with everything taken into account, could easily be sharing hardware on Oscar night.