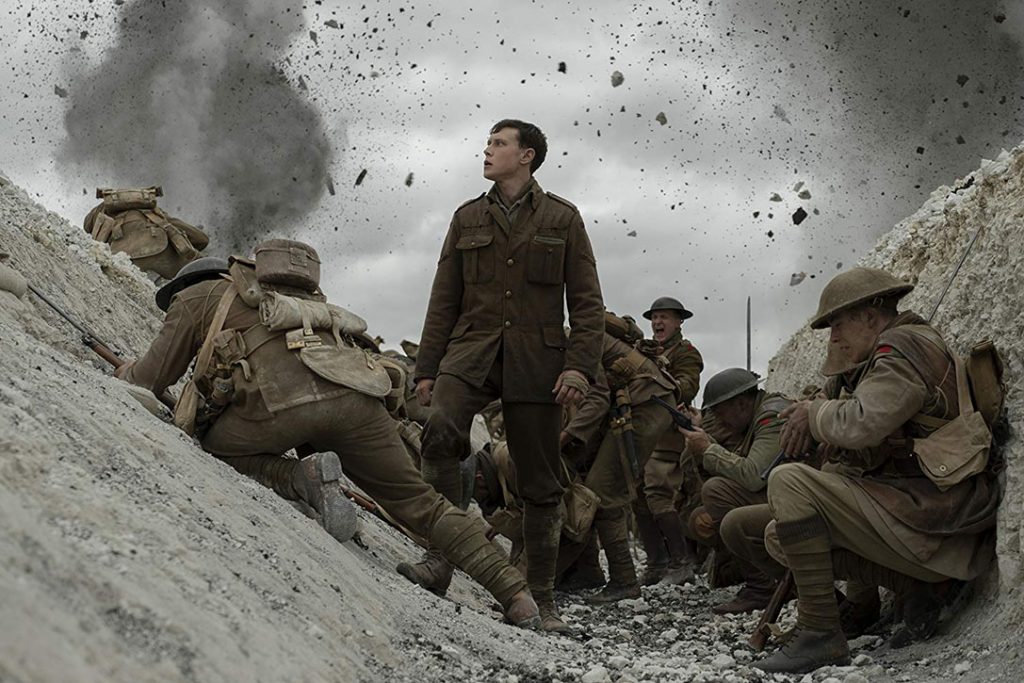 Most of us don’t know what ‘war is hell’ truly means. Sam Mendes’ epic “one-shot” World War I epic 1917 allows you to get as close as you can to that experience from the comfort of a cozy theater seat. 1917 tells the story of two young British soldiers who are assigned to traverse through enemy territory to deliver a vital message to stop an attack before 1,600 soldiers fall into a trap. The film stars Dean-Charles Chapman, George Mackay, Daniel Mays, Colin Firth, and Benedict Cumberbatch.

This film is a flat-out nail-biter thanks to the camera wizardry of making it look like a seamless 2-hour one-shot take. You feel like you’re right beside the main characters, dealing with the relentless nightmare of the First World War. 1917 places you in the filthy, rat-infested trenches and allows you to experience the unpredictability and pure fear war brings. The “one-shot” style never feels gimmicky—it makes the film more immersive than any 3D or 4DX screening out there today. Throw in amazing attention to detail with the props and costumes, and you have an engulfing experience.

Roger Deakins is one of the best cinematographers in cinema history–he see what mortal eyes can’t and captures it on celluloid. And he proves once again why he’s a legend by framing flawless visuals in 1917 with masterful camera work and lighting. The nighttime scenes are especially captivating. Who knew war could look so beautiful while feeling so dangerous in the world of cinema? And, of course, the smooth shots are remarkable. No, the film wasn’t done in one long take (that would be insane), but it was done in several long takes with complicated stunts and landscapes, while edited cleverly to make it seem like one continuous shot. Combine that with Mendes’ passionate direction, and not a second is wasted in this film. 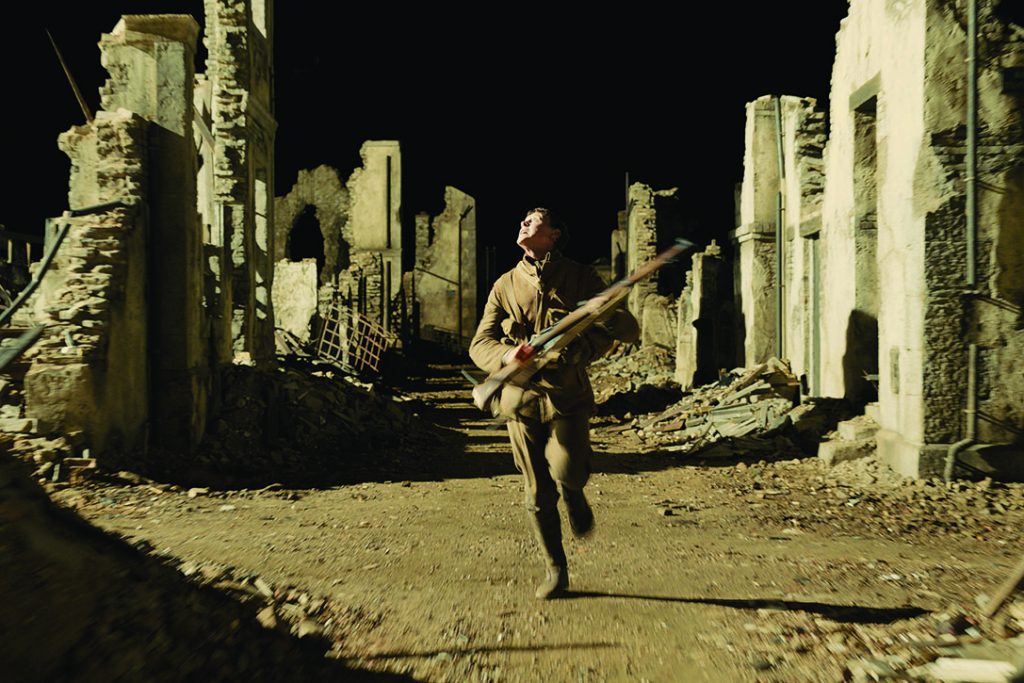 Colin Firth and Benedict Cumberbatch make appearances in the trailers, but they only have cameos. The true stars are George Mackay as Lance Corporal Schofield and Dean-Charles Chapman as Lance Corporal Blake. Mackay plays the logical soldier that just wants to survive and go home. He doesn’t care for medals or recognition—getting his job done and outsmarting the chaos theory that war breeds are his focus. Chapman plays Blake–a soldier driven to succeed, as his brother is part of the 1,600 soldiers who will fall into the Germans’ trap if he doesn’t get his general’s orders delivered on time.

The duo makes a great pair onscreen, and it’s easy to root for them since they’re everyday men tasked with a lofty, dangerous mission. We don’t get a deep-dive into each character’s backstories, but we know enough to want them to succeed. It helps that they’re not the best-in-class, as it makes them more relatable. They crack jokes, show fear, and make mistakes left and right, but they continue regardless of their slim chances.

1917 is both a technical triumph and a moving war film that throws you in the trenches—dead bodies, tripwire, explosions, enormous rats, and all. It’s a simple story that is rich with detail of what it might’ve been like to be there, losing grip on the little hope you have left while shoving on to try and see your mission through. This real-time World War I film presents the horrors of war, as well as the peaceful moments you earn after persisting through a nightmare, with unrivaled authenticity.