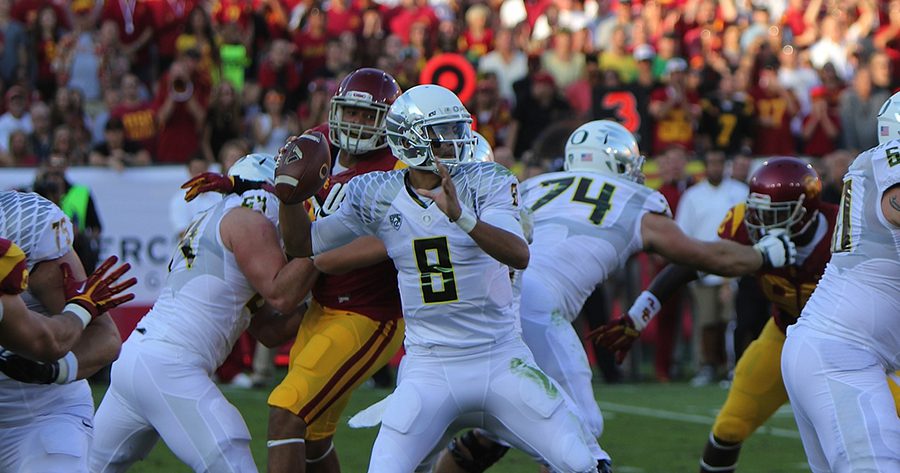 There is rampant speculation that the Philadelphia Eagles will mortgage their entire future to reunite Chip Kelly with Oregon Ducks quarterback Marcus Mariota. Mariota played for Chip Kelly at Oregon, and finished 2014 with 42 touchdowns to only four interceptions.  Yeah, only four!  Marcus Mariota is considered by many to be a top-10 pick in the draft, but there are some concerns that could see him drop. The Eagles currently sit 20th on the board, and a jump to the top ten would likely mean at least a first and a second-round pick on top of exchanging their current first-round pick this year. This could be a move that shortens Chip Kelly’s time in Philadelphia if it fails. Let the game of quarterback roulette begin.