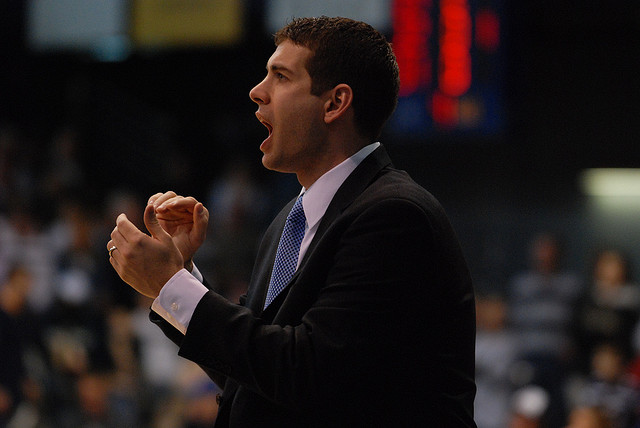 Sitting at 20-32, the Boston Celtics are actually having a pretty good season. This is despite the continuous player shifting that has been going on.

Since the season began, General Manager and Celtics’ legend Danny Ainge has tinkered with the roster every chance he got in hopes to improve the team. That means that fans have had to get used to seeing about 40 different players wearing Kelly Green and White this season.

This tid bit of news came to light when ESPN Boston conducted a feature on Celtics head coach Brad Stevens.

Only in his second season, Stevens has dealt with more player turnover than he did in all his time as head coach of Butler University.

Just take a look at the list of some of the players who have suited up for Celtic Nation this season.

That’s enough for three NBA teams! Brad might have a claim for Coach of the Year.