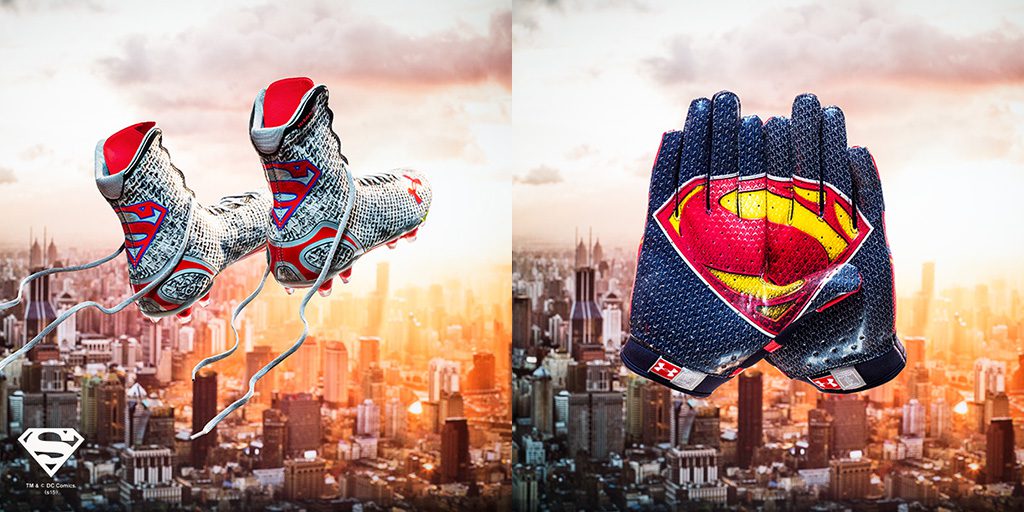 Under Armour has done it again.

After breaking through on licensing with the DC and Marvel comic universes with their patented Alter Ego training tees, UA is at it again with an all-new collection for football, featuring the UA Alter Ego Heroes vs. Villains Glove and Cleat Collection.

You can never go wrong with Batman and Superman (or Spidey, for that matter), but The Joker? He has the best of the bunch, methinks!

See all of the goodness, courtesy of our friends at Under Armour.

You’ve seen it – athletes at every level of the game showing the world who they become when it’s time to get to work. Now they’ve got a whole new set of alliances to choose from, and they’re all built in to the greatest football gear on the planet.

It’s up to you. This is the new chapter in the UA Alter Ego storyline.

The UA Highlight MC Alter Ego Cleats (Adult: $139.99 | Youth: $54.99) features UA ClutchFit technology, a “second skin” that molds to your ankle while you move for ultimate support, as well as lightweight bladed cleats for superior traction and explosive acceleration. 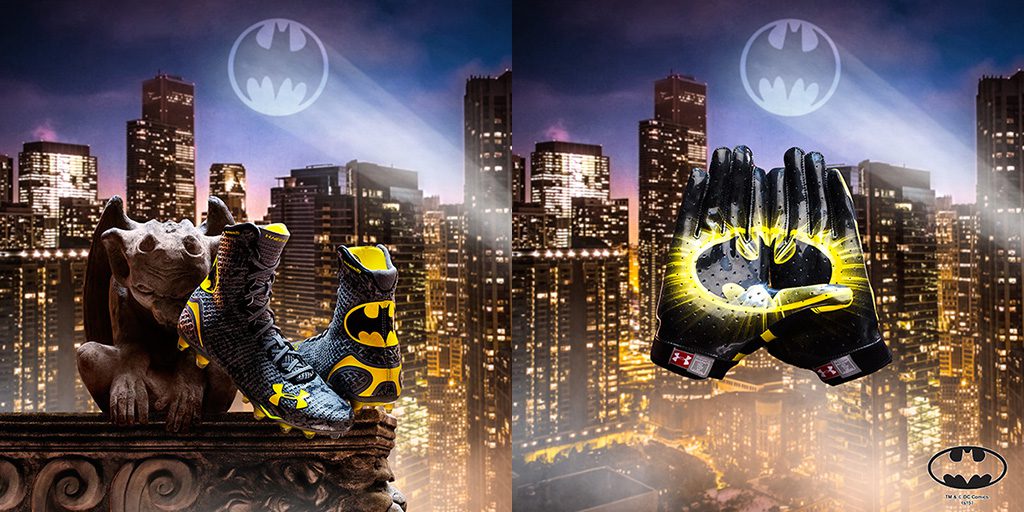 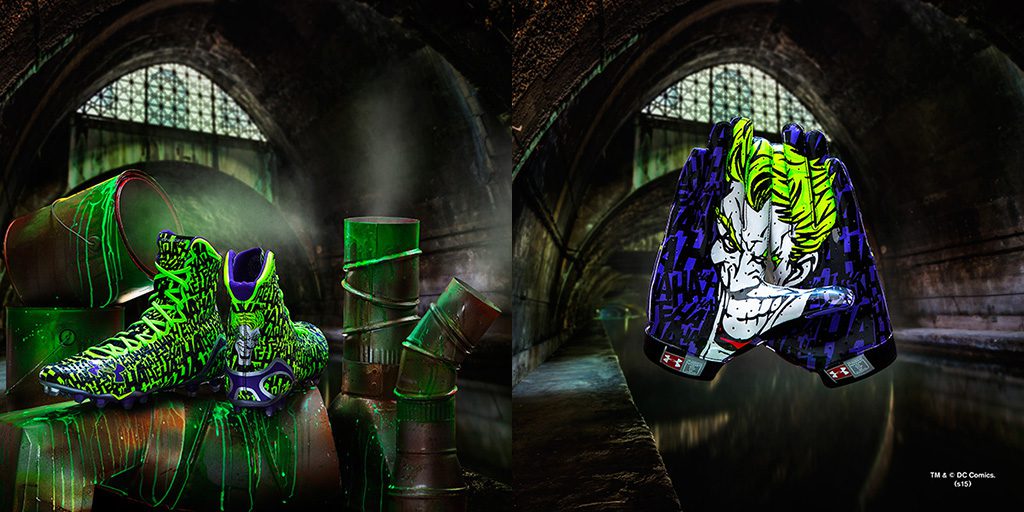 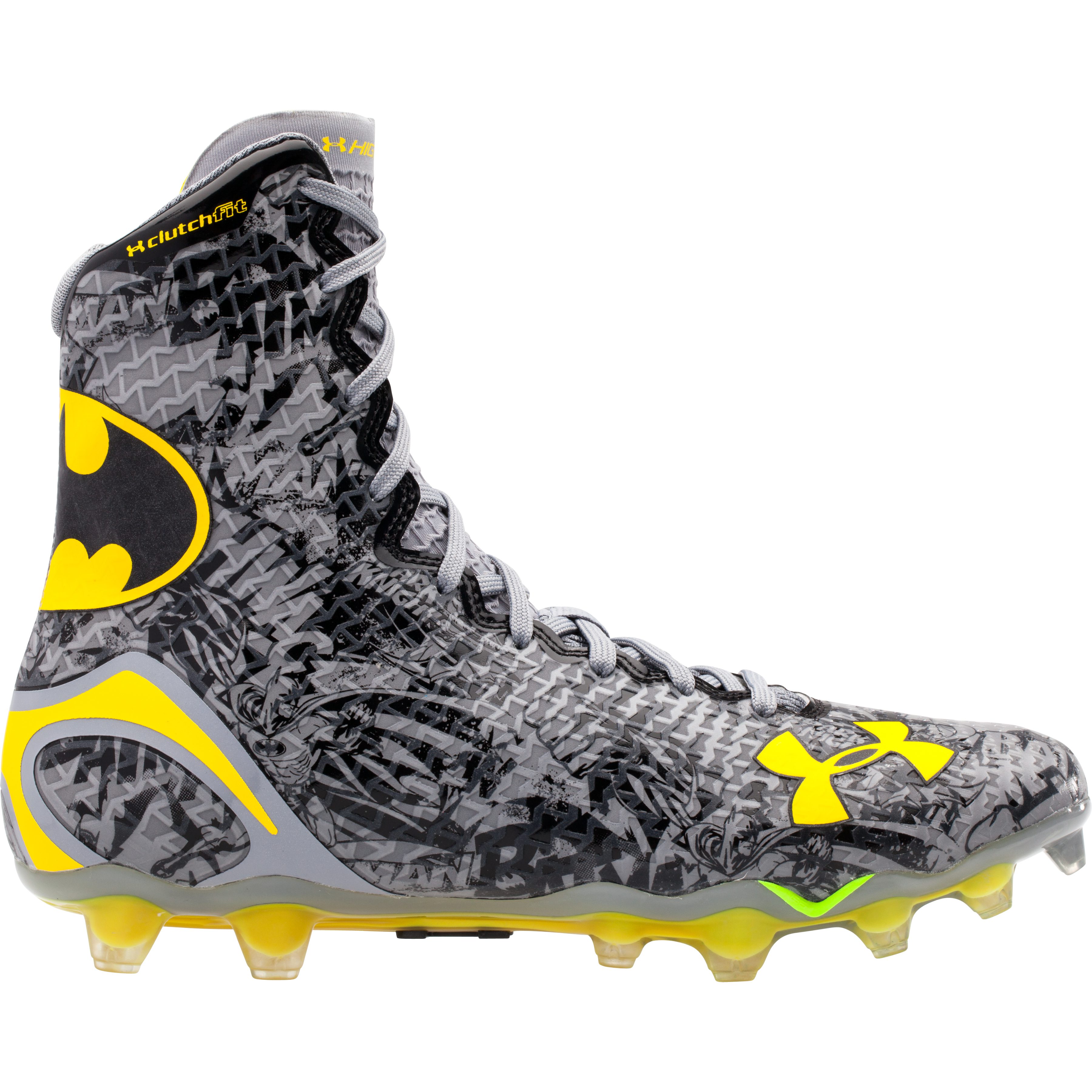