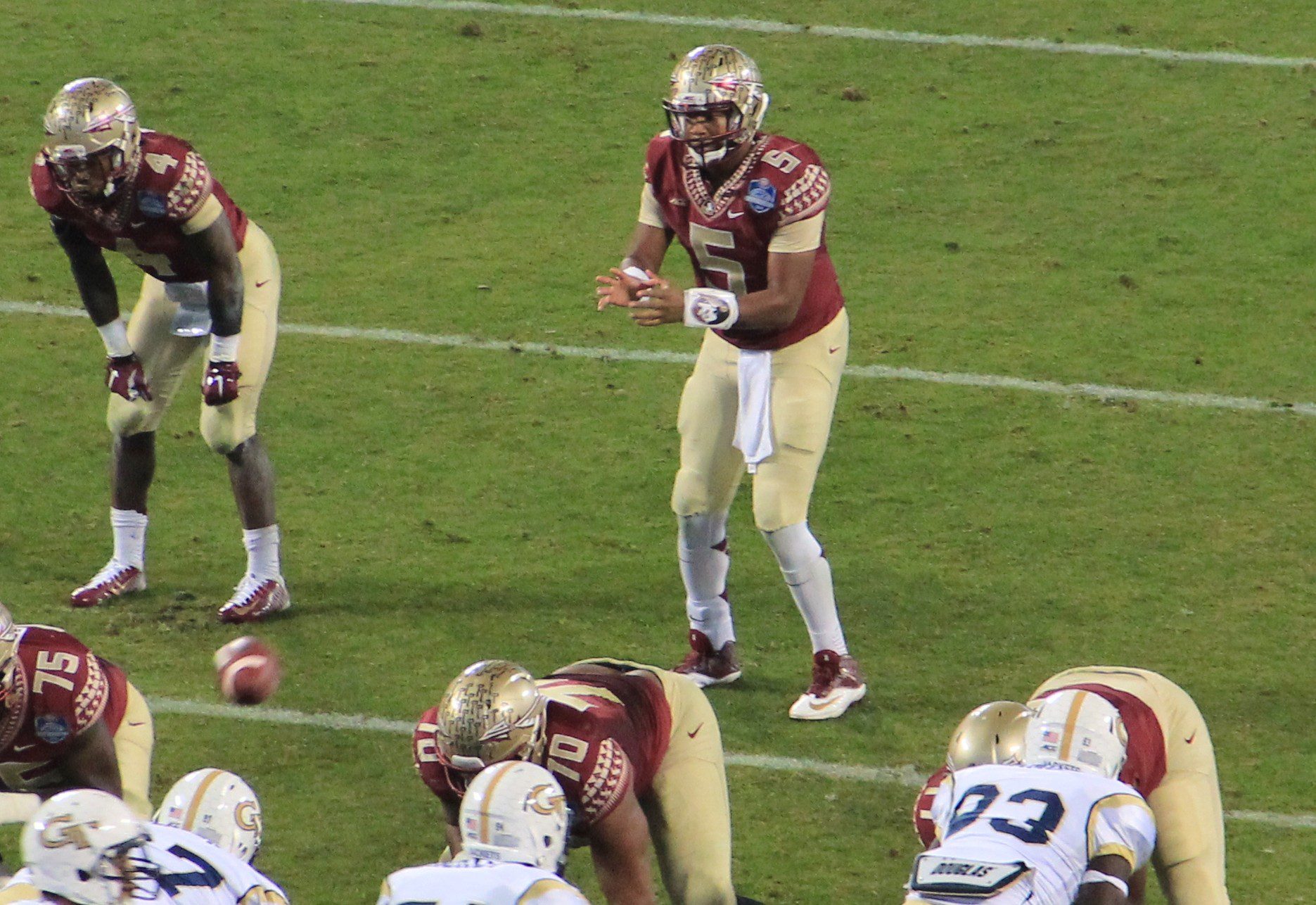 Former Florida State quarterback and possible No. 1 pick in the 2015 NFL Draft,  Jameis Winston, is taking a page out of the Marshawn Lynch business playbook. Winston has applied to trademark his nickname, “Famous Jameis.”

The name began to follow him after his epic Heisman trophy winning season. Russ Spielman, founder and principal at The Legacy Agency, which represents Winston, announced the news.

“We have begun taking steps to protect our client and his intellectual property rights,” Spielman told ESPN. “We hope to utilize this way down the line.”

Utilize it they will. Winston, who is predicted to go No. 1 overall in the up-coming NFL Draft to the Tampa Bay Buccaneers, will certainly be given the chance to brand the saying on many promotional items when his name is called on draft day.

Also called, “Jaboo” by friends, Winston knows that the name “Famous Jameis” has a way of rolling off the tongue in a different way.

Jameis commented on the importance of trademarking the phrase.

“When people call me Famous Jameis, I know I’m not famous, our team is famous,” Winston told The Palm Beach Post while playing for Florida State. “That stuff comes with winning. As long as we keep winning, it will come up.”