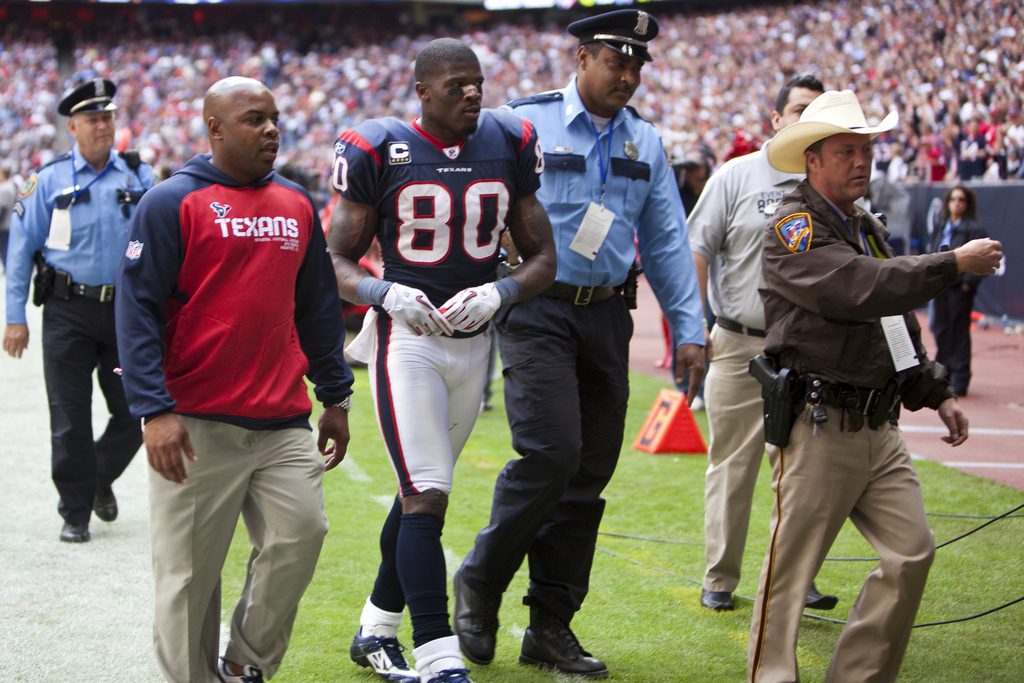 The writing has been on the walls for years, now the Houston Texans are finally putting an end to their relationship with veteran wideout Andre Johnson.

It was announced yesterday that the team will allow Johnson to seek a trade outright. If no trade can be made, then the team would cut their star.

John McClain with the Houston Chronicle broke the news yesterday.

The Texans wanted Johnson, who will turn 34 in July and will be a Hall of Fame candidate when his career is over, to take a reduced role next season, and he declined, according to people familiar with the situation, who also disclosed the two sides never discussed his contract. Rather than accept the reduced role, Johnson asked to be traded or cut, said McClain.

Even though last season some rust began to show on his game, Johnson is still widely considered one of the best in the game at his position. He finished last season with just 85 catches and 11 yards per catch, his lowest totals since the 2005 season.

Johnson would’ve cost the team $16 million dollars against the cap of they decided to keep the star.