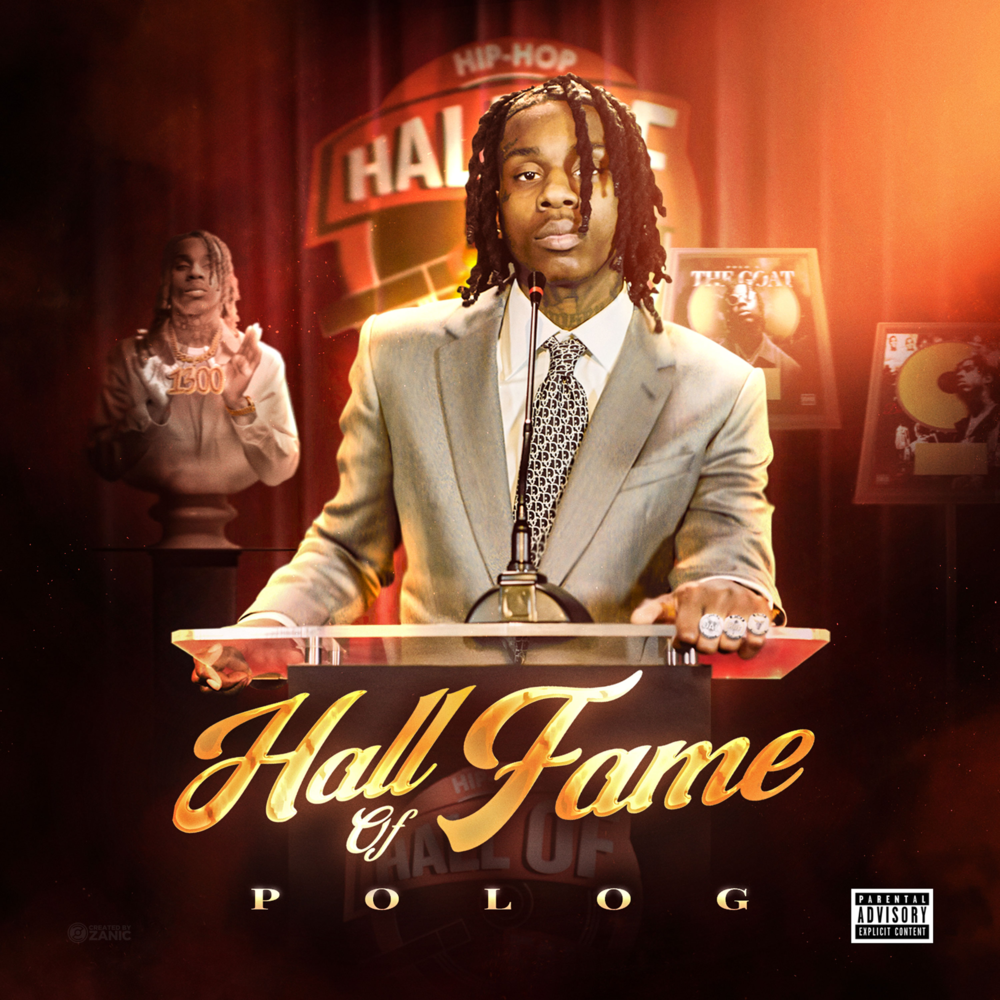 Chicago rapper, Taurus Tremani Bartlett, aka Polo G, recently released his third studio album, Hall of Fame, a little over a year after his sophomore album The Goat ascended him into the mainstream hip-hop/rap scene. But not enough love is given to his first studio album, Die a Legend, which was the main stone that built his career for early fans to fall in love with his music. An argument could be made that this is still his best album even with the recent release of Hall of Fame, something that will obviously be talked about later on. Polo G is one of many rappers that is part of the Columbia Records young core, others include 24KGolden, Fivio Foreign, The Kid LAROI, and Lil TJay, but Polo G easily stands out in this group as not only the rapper with the most to still prove, but also with the most traction.

The Goat incorporated a lot of piano elements throughout the production of the album, a unique component to a rap scene that is currently filled with trap rap artists. It certainly worked in Polo G’s favor since he’s soared in popularity. But it created an interesting question of what is exactly next for his still young music career? His lyricism also brought a different perspective to the game. In a genre filled with rapping about money, sex, boasting, guns, and drugs, Polo G actually uses his verses to rap about more contextual and meaningful topics. “We come from poverty, man, we ain’t have a thing” from Pop Out is one of Polo G’s most popular bars in his young catalog. There is certainly a lot to look out for on Hall of Fame in terms of what exactly Polo G’s direction will be for the future in what can be seen as a pivotal moment in his discography.

On the surface, I am not one to be super picky about album covers. But compared to the last two, I was shocked to see Polo G bring a more colorful picture to his visual catalog. Personally, I wasn’t all that crazy for it but it is just something worth noting and doesn’t make a huge impact on the review. I liked the list of features that Polo G collected for Hall of Fame. Those names include The Kid LAROI, Lil Durk, Lil Wayne, Scorey, G Herbo, Rod Wave, DaBaby, Young Thug, Roddy Rich, Nicki Minaj, Fivio Foreign, and Pop Smoke. I also liked that Polo G had a 50/50 split between songs that included features and those that didn’t. Overall, it was a great mix of sound from all different eras and genres of the rap spectrum.

Breaking down the actual album, there are a lot of pros and cons on the album. The opening third of the album was a mixed bag of tracks. I enjoyed the start with Painting Pictures and RAPSTAR. However, No Return was a low point in the opening third. The Kid LAROI didn’t bring anything worthwhile in his feature despite being responsible for the hook of the song. There were some tracks such as Broken Guitars, Go Part 1, and Zooted Freestyle that didn’t add much to the album notwithstanding the opportunity to do so. Another track I enjoyed was Clueless. While it was just a carbon copy for a New York drill song, the track did an excellent job bringing back the Pop Smoke sound that has been lost since his untimely death. DaBaby’s feature on Party Lyfe also came as a surprise. For him becoming more of a meme by the month, DaBaby showed that he can be a versatile artist within different genres of rap. He’s now had two back-to-back solid features, the first being Kanye West’s Nah Nah Nah. Finally, I thought the track For the Love of New York with Nicki Minaj was incredible. The chemistry between the two of them was shown off immediately. The back and forth energy between the two and how they bounced off their verses was great as well.

Overall, I would give this album a 5.7/10 with some of my favorite tracks being Toxic, Blackhearted, GANG GANG, For the Love of New York, Party Lyfe, and Clueless. I enjoyed that Polo G continued to stick with different musical elements while mixing in some trap beats. This continues to push him away from the mainstream that’s typically filled with trap beats alone. Hall of Fame certainly brought a different perspective from what we are used to seeing from Polo G, specifically on his first two full-length albums. It is important to recognize that he is trying out different musical elements to expand his musical repertoire. However, the negative side of this is that Polo G is fading away from his roots that played a huge role in his rise to fame. I wasn’t crazy about the use of more guitar elements in his production compared to the piano sounds that are common in his works. But at the end of the day, Hall of Fame did make some lasting contributions to Polo G’s young and ever-expanding catalog. It will be very intriguing to see what new ingredients he brings next to the table for his next full-length album.